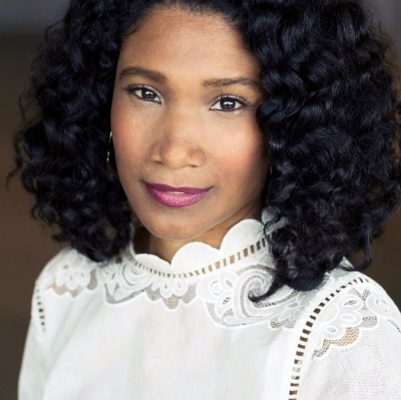 The Newhouse School will host the 18th Annual Conversation on Race and Entertainment Media on Thursday, March 28, at 7:30 p.m. in the Joyce Hergenhan Auditorium, Newhouse 3. Dana Gills, director of production and development at Lionsgate, will discuss her career and her efforts to promote diversity and multiculturalism in the entertainment industry in a conversation with Charisse L’Pree, assistant professor of communications.

After years of working in advertising, marketing and public relations in New York and Chicago, Gills decided to pursue her true passion—storytelling and producing. At Lionsgate, she works with all content divisions, including television, digital and Starz, and has worked across the company’s slate of films, including “Power Rangers,” “La La Land,” “The Shack,” “John Wick 2,” “Nerve,” “Blair Witch” and “Deepwater Horizon.” She is currently developing an untitled project with actor Angela Davis and the action film “Silver Bear.”

Gills was recognized in Variety’s 2018 Inclusion Impact Report for being a champion of inclusion and representation in the entertainment industry. She works to create more layered portrayals of marginalized communities by collaborating with diverse talent. She is co-creator and chair of the Lionsgate Multicultural Employee Resource Group (MERG), which advocates for a more inclusive workplace and entertainment landscape through programs that educate, activate and celebrate multicultural diversity and its global impact. The group has hosted a slew of screenings, Q&A sessions and cross-department educational sessions for employees and friends of the company.

Prior to Lionsgate, Gills worked in television at The Weinstein Co., where she helped establish the Scripted TV division and the launch of its first series, “Scream.” She also worked on the development and production of the Project Runway franchise, including “Project Runway,” “Threads” and “Project Runway All Stars.”

A native of Chicago, Gills received a bachelor’s degree in English from Spelman College and an M.F.A. in film and television from the Producers Program at the UCLA School of Theater, Film and Television. She also participated in the Fashion Studies Certificate Program at the Parsons School of Design.

Communication Access Realtime Translation (CART) will be available at the event. For more information about the Conversation on Race and Entertainment Media, or for additional accommodations, contact Kristen Northrop at 315.443.7358 or kmnorthr@syr.edu.