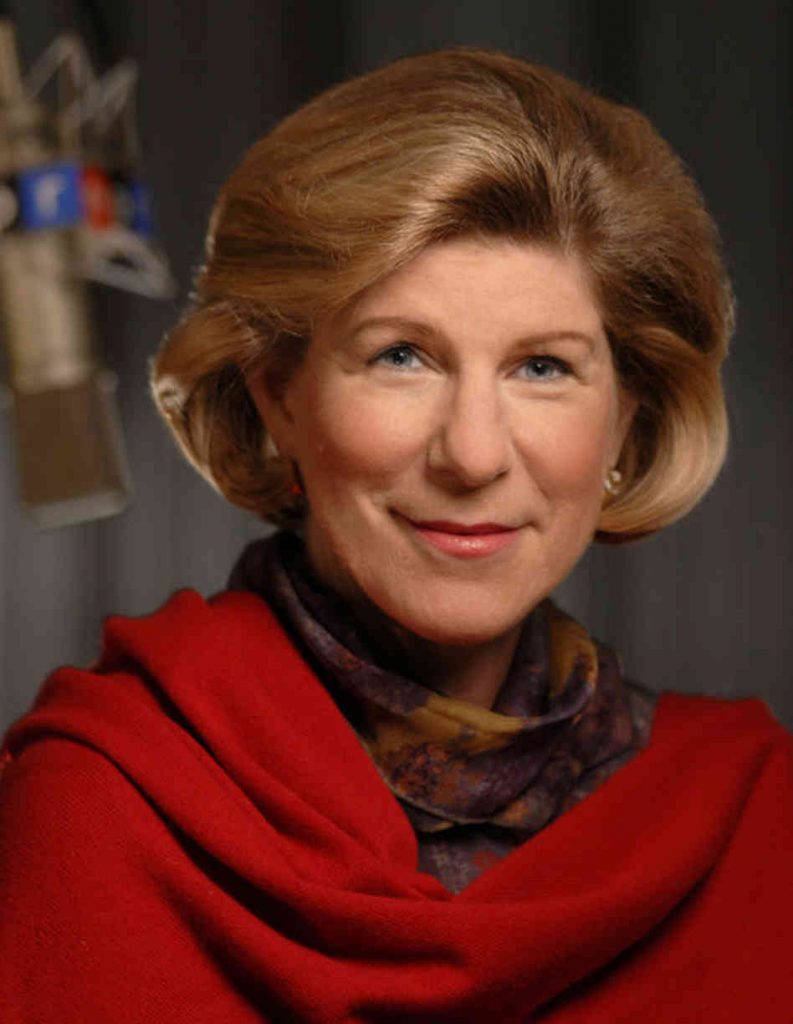 The University Lectures series welcomes award-winning NPR legal affairs correspondent Nina Totenberg on Tuesday, March 5, at 7:30 p.m. in Hendricks Chapel. The event—featuring the veteran journalist in an on-stage conversation with College of Law Dean Craig M. Boise—is free and open to all.

It is co-sponsored by the Maxwell School, the Campbell Public Affairs Institute, the Newhouse School, The Tully Center for Free Speech and the College of Law, along with media sponsor WAER. American Sign Language (ASL) interpretation and Communication Access Realtime Translation (CART) will be provided.

Newsweek has called Totenberg the “crème de la crème” of NPR, and Vanity Fair refers to her as the “Queen of Leaks.” Esquire named her one of the “Women We Love” in both 1988 and 1992.

Among her biggest stories was her 1991 groundbreaking report of sexual harassment allegations against U.S. Supreme Court nominee Clarence Thomas by University of Oklahoma law professor Anita Hill, which prompted the Senate Judiciary Committee to re-open its confirmation hearings. NPR received the prestigious George Foster Peabody Award for its gavel-to-gavel coverage—anchored by Totenberg—of both the original hearings and the inquiry into Hill’s allegations, and for Totenberg’s reports and exclusive interview with Hill.

Earlier, in 1986, she broke the story that Supreme Court nominee Douglas Ginsburg had smoked marijuana, leading to Ginsburg withdrawing from consideration. In 1988, Totenberg won the Alfred I. duPont-Columbia University Silver Baton for her coverage of Supreme Court nominations. The jurors of the award stated, “Ms. Totenberg broke the story of Judge (Douglas) Ginsburg’s use of marijuana, raising issues of changing social values and credibility with careful perspective under deadline pressure.”

That same coverage earned Totenberg additional awards, including the Long Island University George Polk Award for excellence in journalism; the Sigma Delta Chi Award from the Society of Professional Journalists for investigative reporting; the Carr Van Anda Award from the Scripps School of Journalism; and the prestigious Joan S. Barone Award for excellence in Washington-based national affairs/public policy reporting, which also acknowledged her coverage of Justice Thurgood Marshall’s retirement.

Totenberg was the first radio journalist to be honored by the National Press Foundation as Broadcaster of the Year. She has been recognized seven times by the American Bar Association for excellence in legal reporting and won the first-ever Toni House award presented by the American Judicature Society for a career body of work.

Before joining NPR in 1975, she served as Washington editor of New Times Magazine. Prior to that, she was the legal affairs correspondent for the National Observer.

About the University Lectures
The University Lectures was created through, and is supported by, the generosity of alumnus Robert B. Menschel ’51. The cross-disciplinary series brings to Syracuse University notable guest speakers of exceptional accomplishment who share their diverse global experiences and perspectives.

Upcoming speakers in the series are: