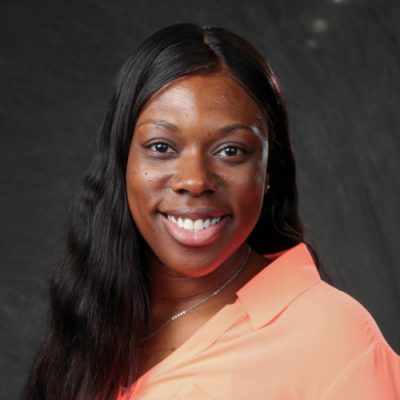 Danielle Sheppard didn’t always envision a military career for herself.

While finishing high school in Ithaca, New York, she wasn’t sold on her mother’s aspirations for her to serve in the armed forces.

When she was a junior, however, Sheppard, originally from Brooklyn, was shaken by the 9/11 attacks. Three years later, she was further inspired by the story of Pat Tillman, a pro football star who left the NFL to enlist in the U.S. Army and who later died while serving with the 75th Ranger Regiment in Afghanistan in April 2004. Syracuse University is a Tillman Scholar university.

“His willingness to put that (his career) aside to serve; it drove me to do more,” Sheppard says.

Sheppard was stationed in Fort Jackson, South Carolina, for basic training. Later she moved on to Fort Leonard Wood, Missouri for advanced individual training and military occupation specialty training. She stayed briefly at Fort Campbell, Kentucky, as part of the 101st Airborne Division before being deployed to Baghdad for her first 13-month tour as a chemical, biological, nuclear and radiation weapons specialist.

For Sheppard, her military experience was one full of community and camaraderie, with her fellow soldiers supporting her every stop along the way.

“I was always welcomed with open arms wherever I went,” she says. “Even with all the moving in the Army, I never felt like I wanted to go home.” 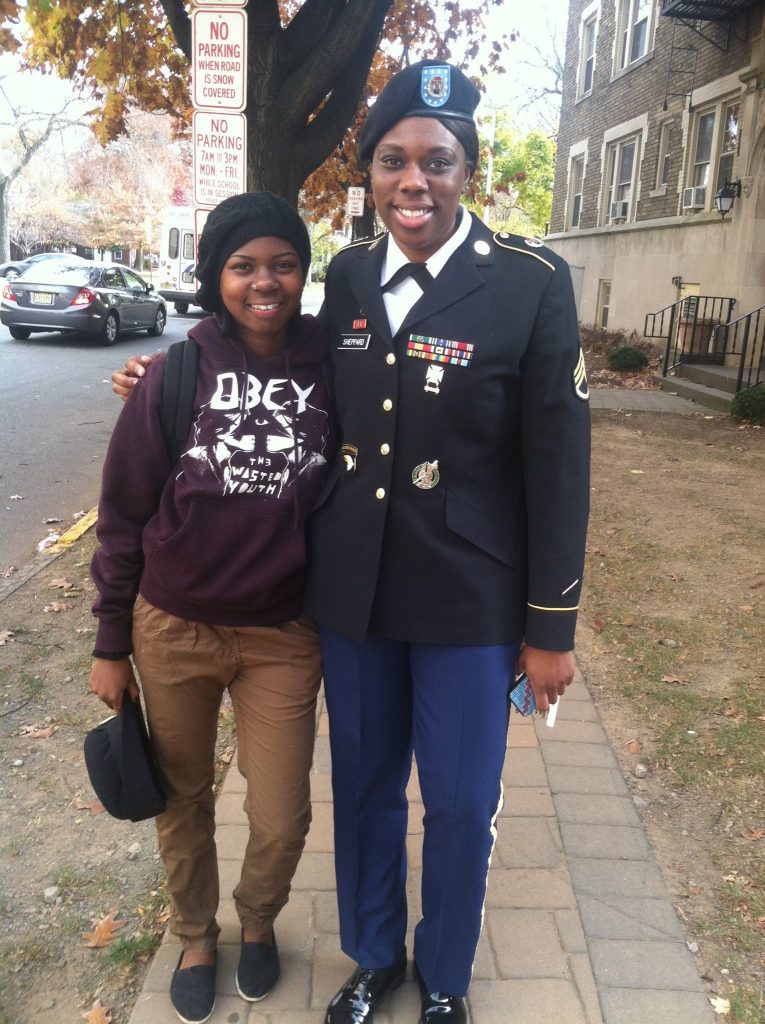 Sheppard was stationed at Fort Drum, New York, for eight months before serving another year in Iraq. “I’m grateful for the experience,” she says. “It was humbling. I’m saddened by the ones we lost, but those images are ones I wouldn’t want to erase from my memory. They push me to keep going and fight in their memory.”

Upon returning to the United States after her second tour, Sheppard served as an Army recruiter in Essex County, New Jersey, until 2014. Afterward, she received her bachelor’s degree in business management from Regent University. Always enterprising and ambitious, Sheppard looked to expand her education to achieve her dream of being a business owner.

Currently living in Los Angeles, she was drawn to Syracuse after seeing an ad for the online master’s in business administration (MBA) program. When she dug for more information, she uncovered the wealth of resources for veterans at the University.

“Syracuse didn’t throw all the information at me and say ‘here you go’; instead they assisted me and let me know exactly what I needed to do and provided the help I needed,” Sheppard says.

Sheppard said she chose Syracuse for the “bell that rings in employers’ ears” when applying for jobs, but she also found the rigor of the online MBA program to upend the traditional conceptions of online coursework she had expected.

“You’re not just responding to two posts on Blackboard in this online program. You’re in class in real-time, taking pop quizzes, doing all the same grunt-work of in-person classes,” she says.

Sheppard attended SVA’s National Conference this past January, networking and connecting with other veterans. She plans to take advantage of the Institute for Veterans and Military Families Entrepreneurship Bootcamp for Veterans (EBV) once she finishes her degree in an effort to get her business, Above Average—a clothing line of jeans for tall women—off the ground. Sheppard also hopes to start a service that connects veterans with opportunities and programs like the ones she has found at IVMF and Syracuse University to give back to her community.