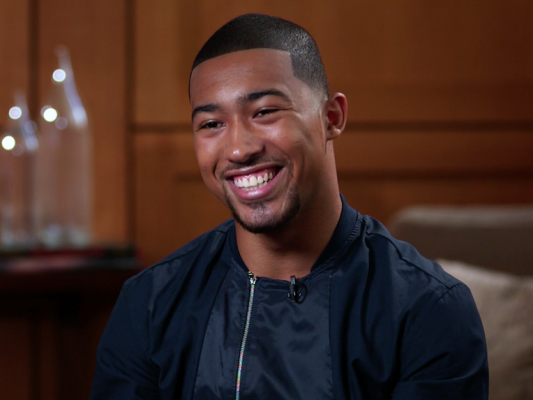 The lecture series began as part of the University’s Black History Month Celebration and welcomes a Syracuse University alum of African descent back to campus to discuss their accomplishments and career path after graduation.

Jackson, a journalist, host, producer and public speaker, is currently the newest anchor for NBC’s digital news show “Stay Tuned.” Before joining NBC News, Jackson signed with VIACOM as one of the hosts for the reboot of MTV’s iconic show “Total Request Live.” His rise began as an on-air host for Sean “Diddy” Combs’ music cable network, Revolt TV, where he served as their New York correspondent, providing live news hits and breaking news coverage.

“We are excited to have Lawrence K. Jackson as this year’s alumni speaker for the Sankofa Alumni Lecture,” says Cedric T. Bolton, coordinator of student engagement in OMA. “He’s making history, Black history, and the campus community will take much from hearing about his experiences and career as a journalist, host, producer and public speaker.”

A graduate of the S.I. Newhouse School of Public Communications’ broadcast journalism program, Jackson also served as vice president for the National Association of Black Journalists,  produced his own show on the student-run radio station WERW and was an Our Time Has Come Scholar through the Office of Multicultural Advancement during his time at Syracuse. He is a proud member of Omega Psi Phi Fraternity, Incorporated.

For more information on the event, please contact Bolton at ctbolton@syr.edu.