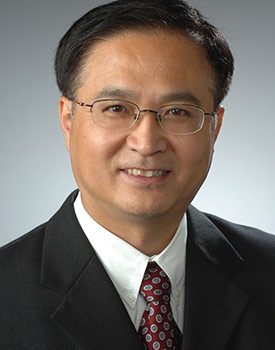 The eponymous bi-annual award was established in memory of an influential economist in China, Shan Pu, Ph.D., who was educated in the U.S. (B.A. from Michigan, 1943; Ph.D. from Harvard, 1949). Every two years, the Pu Shan Foundation selects publications from all over the world in English and Chinese academic journals and other outlets on research related to the Chinese economy by Chinese scholars. The award selection committee is composed of the most accomplished economists, who hold key academic positions in the top research institutions in China.

An awards ceremony will be held in Shanghai in November 2019; Professor Hou will attend and make a speech on China’s public finance system and adopting the real property tax.

In this paper, Hou and his co-author construct an ability-to-pay (ATP) index and then examine the ATP of local property taxes in China. In tax administration, no tax can be levied without a practicable measure of ATP. Using survey data from the China Family Panel Studies, they compare the ATP of different household groups by their housing type, with/without housing loans, social-economic status and other indicators. Their analyses show huge variation among different families in their ability-to-pay the property tax and indicate that some relief policies may be necessary to help the disadvantaged groups. Their findings provide direct support for Hou’s design of the real property tax for China, which was published in China as a book.

The paper was published in Economic Research (2016, issue 12), the highest-ranking economics journal in the Chinese language. Hou chose to publish this paper in a Chinese journal in order to influence China’s tax reform and economic policy. Winning this award through three stages of very competitive selection is strong recognition of his research achievement and its impact in China.

Hou’s field of expertise is public finance. His research interests are fiscal policy, public budgeting and intergovernmental fiscal relations as related to the core of development and governance. Much of his research focuses on the smooth operation of government finance across the boom-bust cycles of the economy. He is currently the principal investigator on the ’CUSE-grant funded study “Improving Local Property Tax Administration in New York State,” with Co-Principal Investigators John Yinger, Michael Wasylenko and Minch Lewis.