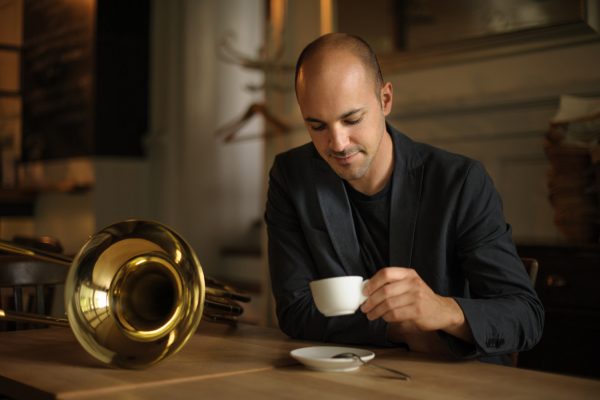 Bass trombonist Justin Clark ’03, a graduate of the music industry program in the College of Visual and Performing Arts’ Rose, Jules R. and Stanford S. Setnor School of Music, will perform with the Tranzient Ensemble on Wednesday, Feb. 27, at 8 p.m. in the Rose and Jules R. Setnor Auditorium, Crouse College. The concert is free and open to the public.

Clark’s playing has been described as “delicate while fiercely intense.” Already with an orchestral career that has taken him around the world, he is gaining recognition as a soloist, recording artist and educator.

As a student at Syracuse, he studied with Setnor faculty member William Harris and was a winner of the school’s concerto competition. After graduating, he continued his studies at the Manhattan School of Music with bass trombone virtuoso David Taylor. After a brief sojourn touring the United States with a Broadway musical, he pursued his studies further with Professor Donald Harwood at the Juilliard School.

He has also performed with the Orquestra Sinfónica Portuguesa; Malaysian Philharmonic; the Qatar Philharmonic; the Boston Pops; the Robert Schumann Philharmonie (Chemnitz, Germany); and the Czech Orchestra Janacek de Brno. From 2012-17, he was a member of the Budapest Festival Orchestra under Maestro Ivan Fischer and performed on numerous international tours and CD recordings in Europe, North and South America, Asia and the Middle East.

In addition to his busy orchestral career, Clark is active as a soloist, chamber musician and teacher. In 2013, he was appointed professor of bass trombone at the Haute Ecole de Musique in Geneva, Switzerland. To learn more about his career, visit justinthattromboneguy.com.

If you require accommodations to fully participate in this event, please contact Michelle Taylor at 315.443.2191 or mjtaylor@syr.edu one week prior to the concert date.