Blumenfeld’s residency, titled “Jazz in Troubled Times: The Relevance and Resonance of a Culture,” will explore the convergence of politics, activism and the arts, while rethinking the nature of jazz as an enduring culture.

The Humanities Center in the College of Arts and Sciences (A&S) supports the annual Watson Professorship in partnership with a faculty host—this year’s is Eric Grode, assistant professor in the Newhouse School and director of the Goldring Arts Journalism Program.

Blumenfeld will headline eight scholarly and artistic events, drawing on his extensive fieldwork in New York City, New Orleans and Havana. The schedule includes public discussions with performances by saxophonist Yosvany Terry and his quartet (March 29) and pianist Jason Moran (April 5), as well as a listening party co-curated by bassist Linda May Han Oh. (April 4). 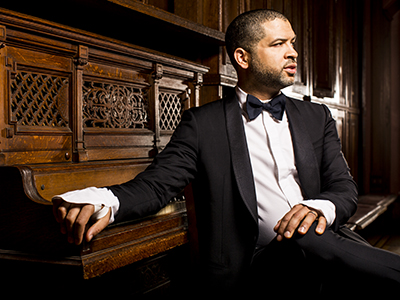 All events are free and open to the public. For more information, including a complete schedule, contact the Humanities Center at 315.443.7192 or visit humcenter.syr.edu.

“Larry’s work embodies public humanities scholarship,” says May, also a professor of women’s and gender studies in A&S. “He will explore jazz’s deep resonance as an art form; its improvisational power to bridge arts and activism; and its continued relevance as framework for understanding questions of inequity, identity and community in turbulent times.”

Undergirding Blumenfeld’s visit is jazz’s alleged resurgence. In the WSJ, he wrote, “Reports of jazz’s death have been ill-advised. So, too, have tales of [its] resurrections.” 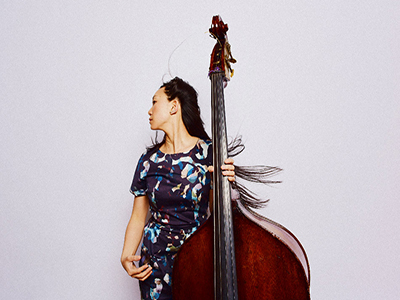 Against this backdrop, the former Jazziz editor in chief will examine “America’s classical music” through a multicultural lens. Emphasis will be on how questions of race, gender, ethnicity, class and cultural heritage are intertwined.

One of Blumenfeld’s lectures will draw on his extensive study of cultural recovery in post-Katrina New Orleans—also the basis for his forthcoming book from the University of California Press. “Jazz has been a powerful conduit for political action, social justice and healing,” he says, recalling his time along the Gulf Coast in the wake of the deadly 2005 hurricane.

Another lecture will stem from his research into the Association for the Advancement of Creative Musicians (AACM), a Chicago-based nonprofit that, for more than 50 years, has championed original music spanning avant-garde jazz, classical and world music. Blumenfeld considers the AACM the “clearest driving force of any new jazz aesthetic,” responsible for erasing borders between genres and disciplines.

Among the beneficiaries of AACM’s aesthetic—and the consistent foci of Blumenfeld’s scholarship—are Moran, the Kennedy Center artistic director for jazz, who teaches at the New England Conservatory (and whose artwork is on view this fall at the Whitney Museum of American Art), and Terry, a leading proponent of Afro-Cuban jazz, who is both a senior lecturer on music and director of jazz ensembles at Harvard University. 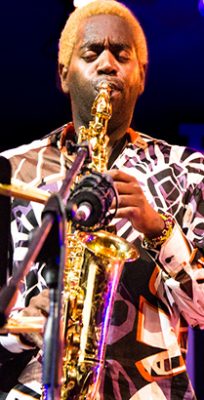 Terry and Moran will precede their performances at La Casita Cultural Center and in Hendricks Chapel, respectively, with interdisciplinary discussions about jazz culture.

“How do you write about something being created in front of you?” Grode asks. “How do you harness art for the greater good?

“Larry has spent decades answering these questions, and music lovers of all stripes will benefit enormously from hearing what he’s learned, through workshops, roundtables, lectures, performances and a public listening session of recordings made by female musicians throughout jazz history.”

Blumenfeld adds that, with all the recent talk about walls, jazz stands as a metaphor for and a document of this nation’s multicultural truth.

“Its aesthetic demands and develops an elevated, open-minded exchange of ideas that opposes caricature and fundamentalism,” says the Brooklyn resident, who also curates a music series for Spoleto Festival USA and presents the popular “Jazz and Social Justice” series for the National Jazz Museum in Harlem. “Jazz is not in need of a revival; it is a culture through which we summon spiritual energy, humanistic focus and political power—the stuff of real transformation.”