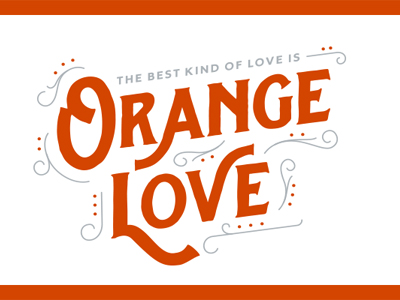 For many alumni, Syracuse University wasn’t just the place they received a world-class education, it was the spot where they found their soulmates.

As Valentine’s Day approaches, we’re sharing stories of #OrangeLove. Read on, and meet four couples who found true love thanks to Syracuse University, and submit your own #OrangeLove story.

It may sound unusual, but Hannah Visnosky can draw a direct line from the love she shares with Luke Rafferty to one of the darkest events in SU history: the bombing of Pan AM Flight 103. Hannah and Luke were both Remembrance Scholars, students charged with honoring the memory of those who lost their lives in the 1988 terrorist attack. They first met during a Remembrance Scholar get-together on Sept. 25, 2015, an encounter that made a lasting impression on Luke. 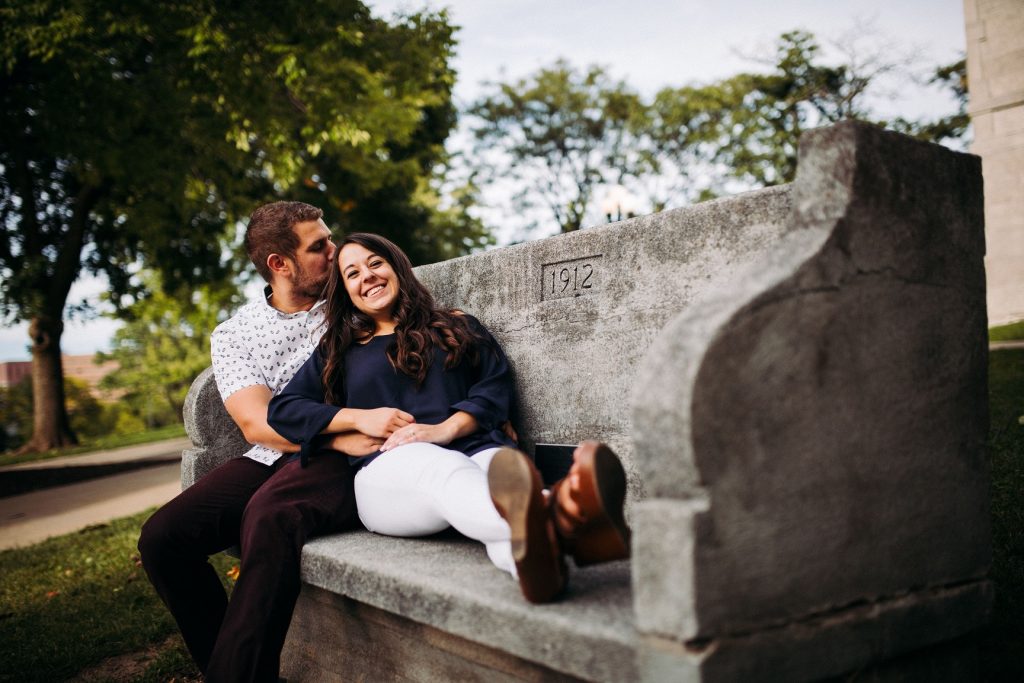 “I remember seeing Hannah and nervously going over to talk to her, thinking, ‘A lucky man gets to marry her one day.’ From that first night on, we were best friends,” recalls Luke, who fulfilled his own prophecy when he proposed to Hannah in July of 2018.

The sparks weren’t initially there for Hannah, who was in a relationship—something she told Luke to avoid leading him on. Still, he persisted, and the two went on their first date in January of 2016.

“It was magical—her smile, her eyes, her laugh,” Luke remembers. “Every daydream I had of taking her on a date paled in comparison to actually sitting across the table from her. My stomach still does butterflies when I sit across from her.”

“Luke never ceases to make me laugh and create a comfortable space allowing for vulnerable, meaningful conversations,” says Hannah. “From the first date, I felt continually comfortable with this sweet man.”

The couple split up before graduation, but the break-up didn’t last. They resumed their relationship in January of 2017.

“I realized my life was better off with Luke in it,” says Hannah.

“Dating Hannah will never get old. Even when I’m 90,” Luke adds.

Their involvement in Syracuse University’s Remembrance Scholar program is a source of great pride for Hannah and Luke, and they’re grateful it led to their love.

“The terrorists never intended for something good to come out of it. They intended to instill fear and negativity,” says Hannah. “Syracuse University took this tragedy and turned it into something beautiful.”

Terrence Roberts was a starter on the Orange men’s basketball team; Briana Wade participated in track and field. They trained hard to achieve their athletic goals, but the two needed a push when it came to love. 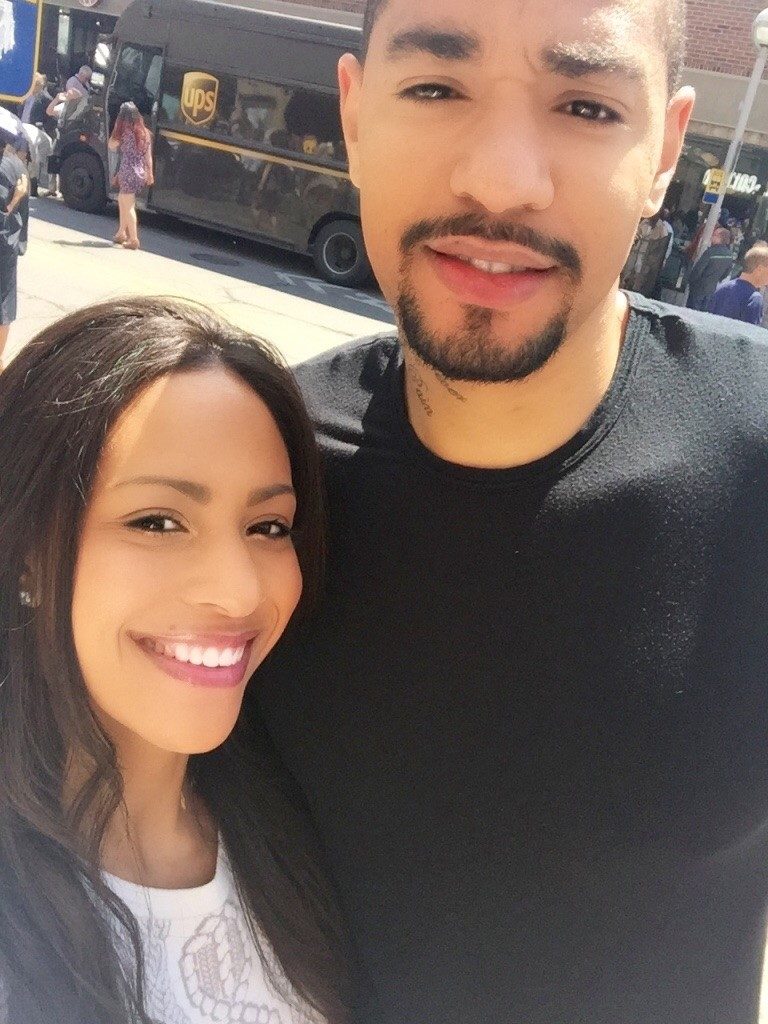 Briana fell for Terrence when she saw him walking across the Quad. He felt a spark when he first saw Briana in the weight room. However, it took an introduction from Troy Weaver, then one of Jim Boeheim’s assistants, to kick-start this #OrangeLove story.

“I had already seen Terrence around campus and thought he was very good looking. I even went so far as to ask all my teammates about him,” recalls Briana. “That first time we were introduced I was blushing and had the absolute worst butterflies in my stomach.”

“I thought she was the cutest female I had seen on campus; she was an athlete who was also very beautiful,” says Terrence. “The chemistry was so strong between the two of us that I don’t know that we ever went on a date.”

Before she could graduate, Briana put her education on hold due to financial constraints. However, she is back in school and working on her creative leadership degree from University College, on track to graduate debt-free.

“Those days where I feel like I can’t juggle working full-time, homework and the kids, Terrence reminds me of how strong I am. He’s my biggest supporter alongside our children,” says Briana. “With them in my corner, I can and will accomplish this dream of mine.”

Kelley Cunningham and Frank Lanuto first crossed paths early in September of 1981. Frank, a freshman member of the men’s lacrosse team, was playing wall ball in Flint Hall when Kelley, also a freshman, came up the stairwell and interrupted him. She recalls him scowling at her; what she didn’t know at the time was that Frank was instantly smitten. 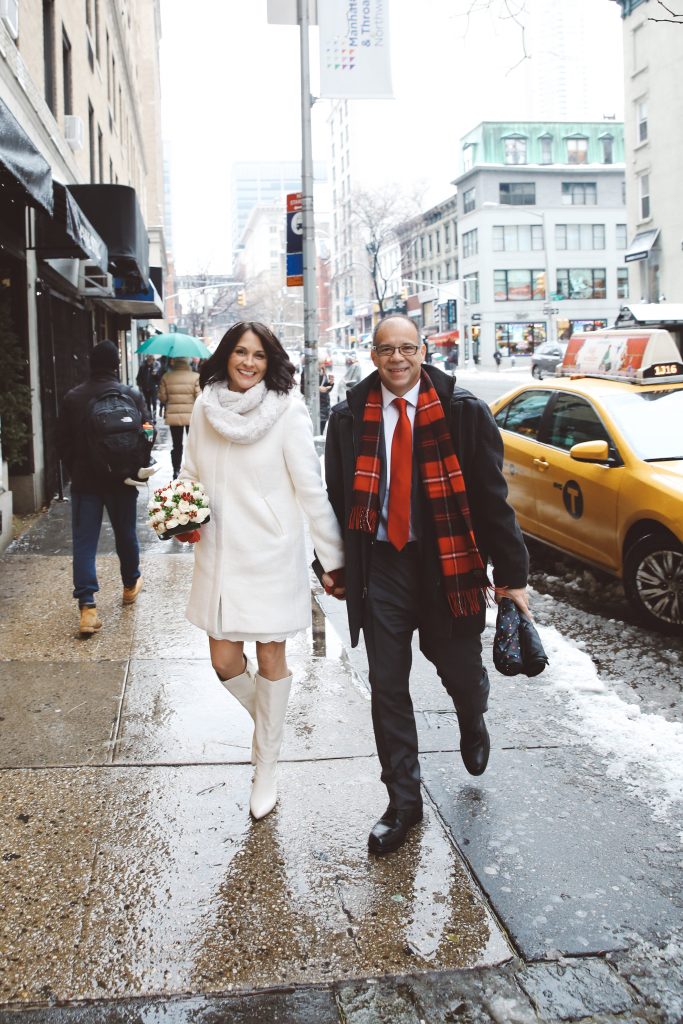 “We both had huge crushes on each other, and Frank always says he knew I was the one the first time he saw me,” Kelley says.

For a long time, their timing was off. Whenever one was interested, the other had a significant other. When a friend, Walter Ife ’85, held his annual tree lighting ceremony during sophomore year, Kelley and Frank realized they were crazy about each other. Unfortunately, Kelley was preparing to move to New York City to attend the Parsons Art School.

Kelley and Frank ultimately parted ways and started their own families, never forgetting about their time at Syracuse. Nearly 30 years after their first encounter, at Walter’s 29th annual tree lighting ceremony, Kelley and Frank reunited. This time, both were single and ready to begin a relationship.

They rekindled their love and married on Dec. 17, 2016. When the couple came back to campus in 2018 for Family Weekend—Frank’s sons Samuel ’16 and Noah ’18 are Syracuse University graduates—they sealed their lifelong love with a kiss on the Kissing Bench.

“The most special place on campus for us is the laundry room in Flint Hall, where we had our first kiss!” recalls Kelley. “When I left SU, I had one picture of Frank I kept all those years and every so often I would look at it, wondering whatever happened to him. It was much sweeter to reconnect all those years later.”

Yarmine Fernandez was taking summer classes at SU in 2010 when she met John Jimenez, who was working as a resident advisor. They shared meaningful conversations, developed a strong bond and became good friends that summer. But it wasn’t until the lowest moment of Yarmine’s life, after her father Sebastian passed away in 2013, that their burgeoning romance took off. 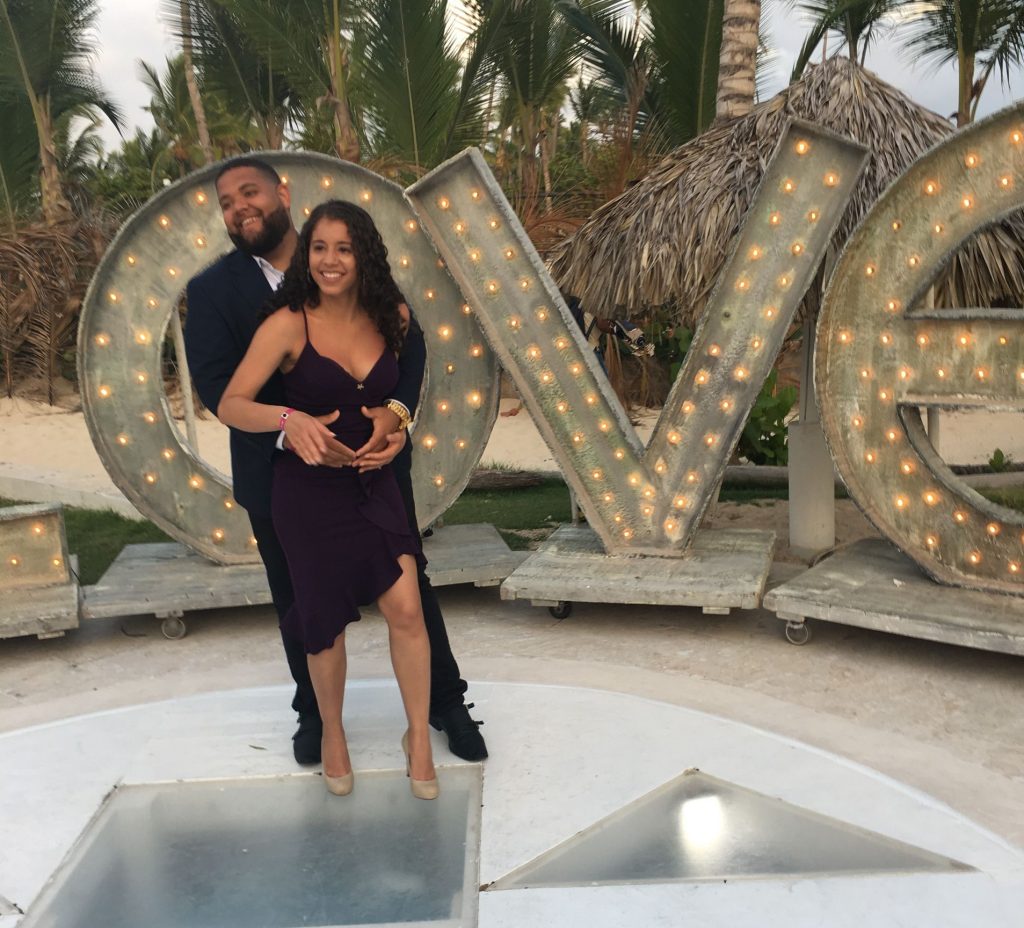 John called to make sure she was doing okay and texted before Yarmine flew to the Dominican Republic for the funeral. When she returned, the two began communicating daily. What started off as a friendship blossomed into something much greater.

“I knew we had a hidden affection for each other, and that pushed me to constantly be there for her,” says John. “But I never imagined it would one day lead to our union. I am grateful.”

“We were discovering how amazing we were for one another. 2013 was unimaginably difficult for me, but despite my loss, I gained someone uniquely beautiful and caring,” says Yarmine. “I was captivated by John’s charm and his personality. By the end of that summer, ‘I love you’ was a part of our everyday vocabulary.”

John proposed at midnight on New Year’s Eve of 2016 on the George Washington Bridge—the site where they decided to become boyfriend and girlfriend. They’ll get married in August.

“Syracuse University is the reason we are together,” says Yarmine, who kissed John on the Kissing Bench the last time they visited campus. “In a way, SU was the prelude to our beautiful relationship; we can’t wait to see where this love story takes us.”

Do you have an #OrangeLove story to share? We’d love to hear it! Visit orangelove.syr.edu. View photos and read stories of other Syracuse couples in our #OrangeLove Facebook album.
Happy Valentine’s Day, Syracuse sweethearts!