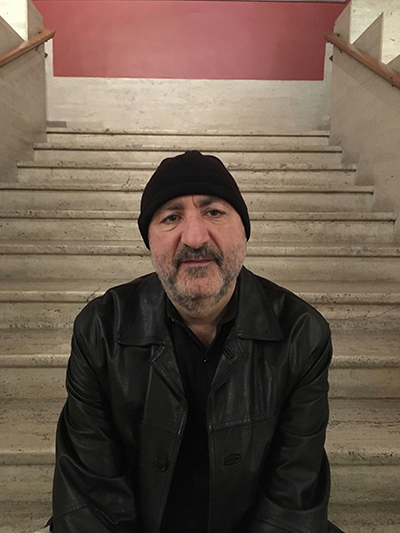 Syracuse Symposium continues its yearlong excursion into “Stories” with a program by Anthony DeCurtis and David Yaffe, bestselling authors of biographies of musicians Lou Reed ’64 and Joni Mitchell, respectively.

Both authors will discuss their respective books and rock biographies, in general, on Tuesday, Feb. 19, from 5 to 6:30 p.m. in the Peter Graham Scholarly Commons, 114 Bird Library. Theo Cateforis, associate professor of music history and cultures in the College of Arts and Sciences (A&S), will moderate the discussion. Afterward, DeCurtis and Yaffe will sign copies of their books, which will be available for sale.

Cateforis also will host a session with DeCurtis on “The Music and Life of Lou Reed” in conjunction with Cateforis’ course Rock Music/HOM 378 on Feb. 19 from 2 to 3:20 p.m. in the Peter Graham Scholarly Commons.

Both events are free and open to the public. For more information, call the Humanities Center in A&S at 315.443.7192 or visit humcenter.syr.edu.

“As a fellow author, I admire Anthony’s and David’s ease of prose. They have a wonderful sense of flow,” says Cateforis, author of “The Rock History Reader” (Routledge), the third edition of which was published last month. “It is tremendously difficult to engage a reader, but they make it look easy.”

A contributing editor for Rolling Stone for more than 35 years, DeCurtis is author of four books, including “Lou Reed: A Life” (Little, Brown and Company, 2017) and “The Soundtrack of My Life” (Simon & Schuster, 2013), with music legend Clive Davis. DeCurtis also is a distinguished lecturer in the creative writing program at the University of Pennsylvania. His many honors include a 1988 Grammy Award for “Best Album Notes” for the Eric Clapton “Crossroads” box set and three ASCAP Foundation Deems Taylor/Virgil Thompson Awards.

DeCurtis says his liberal arts education, which includes a Ph.D. in American literature from Indiana University-Bloomington, has helped him identify with Reed, long considered one of rock’s most singular and influential artists.

“Lou saw himself as a writer,” says DeCurtis, adding that the Velvet Underground leader earned a bachelor’s degree in English at Syracuse University. “Growing up in Greenwich Village, I had a firsthand relationship with many of the worlds in which Lou moved, even the most marginal, underground ones. This, coupled with my teaching and research interests, has helped me comprehend and render this aspect of his creative life and identity.” 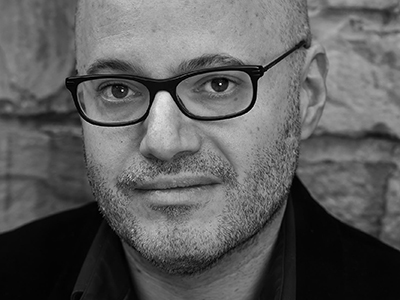 Like DeCurtis, Yaffe is a seasoned journalist and scholar—a humanities professor in A&S, who writes about music for such periodicals as The Nation, Harper’s Magazine and The New York Times. He also is author of three books, notably “Reckless Daughter: A Portrait of Joni Mitchell” (Sarah Crichton Books, 2017).

Yaffe notes similarities between Reed and Mitchell, suggesting they are musical polymaths, as remarkable as they are complicated. The difference, however, is that Mitchell is alive and Reed is not—giving “Reckless Daughter” a sense of urgency.

“Both of them walked into pop music and transcended whatever limitations it was thought to have,” says Yaffe, winner of an ASCAP Foundation Deems Taylor/Virgil Thompson Award and a Roger Shattuck Prize for Music Criticism. “They were untrained musicians who were as original as anyone could have been.”

Cateforis admits that writing about celebrities, dead or alive, can be challenging. He references the opening chapter in “Reckless Daughter,” in which Yaffe details how Mitchell “turned on him” after interviewing her for The New York Times in 2007. “You constantly risk offending or overly flattering your subject,” says Cateforis, newly elected president of the U.S. chapter of the International Association for the Study of Popular Music. 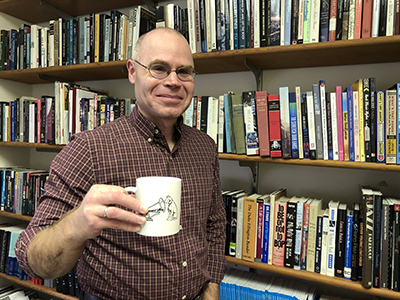 Conversely, DeCurtis probably would have never considered writing a book about the “prickly and combative” Reed, were he still alive. “With Lou’s passing [in 2013], the challenge then falls to reconstructing the artist’s life through the eyes and memories of others, while still maintaining a critical distance,” Cateforis adds.

In addition to primary funding from the Humanities Center, both events are co-sponsored by A&S, the Department of Art and Music Histories (A&S), the Department of English (A&S) and the Goldring Arts Journalism Program in the Newhouse School.