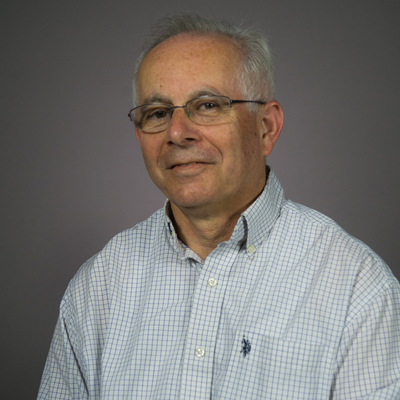 Amos Kiewe, professor of communication and rhetorical studies in the College of Visual and Performing Arts’ Department of Communication and Rhetorical Studies, examines the rhetoric of the United States’ seventh president, Andrew Jackson, in his new book “Andrew Jackson: A Rhetorical Portrayal of Presidential Leadership” (University of Tennessee Press).

In the book, Kiewe focuses on a little-studied aspect of Jackson’s 1828 campaign and subsequent presidency: his creative use of the press. Jackson was a force for reinvention, cannily directing his speeches—like no previous candidate—to the public at large and garnering unprecedented newspaper coverage throughout his campaign and time in office. By focusing on public addresses, Kiewe is able to trace Jackson’s rhetorical political maneuvering through his early campaign and the major trials of his presidency.

Kiewe’s areas of research are in rhetorical theory and criticism, political communication, presidential studies, argumentation and persuasion. He has authored and edited numerous books and published in such journals as Communication Studies, Legal Studies Forum, Journal of American Culture, Argumentation and Advocacy and Southern Communication Journal. Most recently he co-edited “The Effects of Rhetoric and the Rhetoric of Effects: Past, Present and Future” (University of South Carolina Press, 2015).