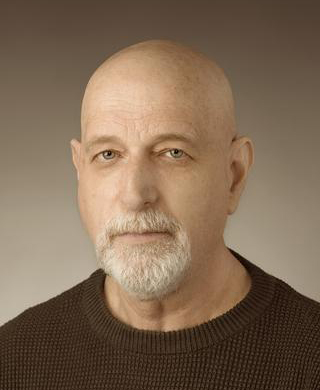 The Raymond Carver Reading Series kicks off spring semester with a program by poet Christopher Kennedy G’88, professor of English and director of the top-ranked M.F.A. Program in Creative Writing in the College of Arts and Sciences (A&S).

On Wednesday, Jan. 30, Kennedy will participate in a Q&A session from 3:45-4:30 p.m. and then read some of his original poetry from 5:30-6:30 p.m. Both events take place in Gifford Auditorium of Huntington Beard Crouse Hall, and are free and open to the public.

The series’ namesake refers to the legendary poet and short story writer who taught at Syracuse in the 1980s.

Kennedy, who has authored five books of poetry, expects the reading to highlight his latest collection, “Clues from the Animal Kingdom” (BOA Editions, 2018). Fellow professor George Saunders G’88 calls the book a “moving portrait of the human heart examining itself.”

Adds writer-publisher Dave Eggers: “There is joy and dread here, in every carefully considered line.”

Kennedy admits that while some of poems are decades old, most of the collection dates from 2007-16. “I tend to save old poems and scavenge from them when I’m stuck working on something newer,” he recently told Poets & Writers magazine. “It’s all coming from the same source, and can be reshaped to resolve whatever dilemma I’m facing.”

The A&S professor’s “singular and deeply pleasurable prosetry”—to quote Eggers—permeates the rest of his canon, including “Encouragement for a Man Falling to His Death” (BOA Editions, 2007), which won the Isabella Gardner Poetry Award. Kennedy also has co-translated the acclaimed “Light and Heavy Things: The Selected Poems of Zeehan Sahil” (BOA Editions, 2013) for the Lannan Translation Series.