Each semester, upper-level architecture students participate in the visiting critic program that brings leading architects and scholars from around the world to the school. Four studios will be held this spring. 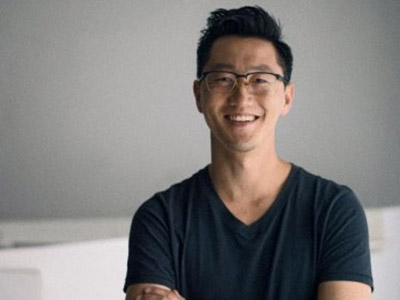 Leng will teach the visiting critic studio “A Voyage of Haze: Mythorealism in the Three Gorges.” By selecting between interventions in nature of infrastructure, commemoration, leisure or a combination of aforementioned uses, students will grasp the inherent complexities of history, culture and modernization of the Little Three Gorges—a less developed, scaled down microcosm along the middle reaches of the Yangtze River in China—and construct an unfolding narrative in the form of an architectural object, loosely defined as a building in the landscape. Leng will also present a corresponding seminar during the semester.

Architect and educator Leng came to Syracuse Architecture in Fall 2018 as the School’s third Harry der Boghosian Fellow. Before joining Syracuse University, Leng was a lecturer in architecture at the University of California, Berkeley. He is also the 2018 recipient of the prestigious Vilcek Prize for Creative Promise in Architecture, awarded annually to recognize immigrants who have made a significant contribution to American society through their extraordinary achievements in the arts and humanities. Leng was born in China and moved to the United States when he was nine years old.

Previously, Leng worked for four years as an associate architect at Michael Maltzan in Los Angeles. For one year, he worked as a junior architect at UN Studio in Amsterdam and was selected as the Peter Rice Fellow at the Renzo Piano Workshop in Paris. He is the recipient of numerous honors and awards, including the SOM Prize in Architecture, Design and Urban Design, a $50,000 travel and research fellowship. Leng also received the James Templeton Kelly Prize, awarded to the Best Thesis in Architecture at the Graduate School of Design at Harvard University, where he earned a master’s of architecture degree in 2013 with commendation, advanced placement. He earned a B.Arch. with honors at the University of California, Berkeley in 2007.

On Friday, May 3, a culminating exhibition of Leng’s fellowship research will open in the Slocum Hall Marble Room. 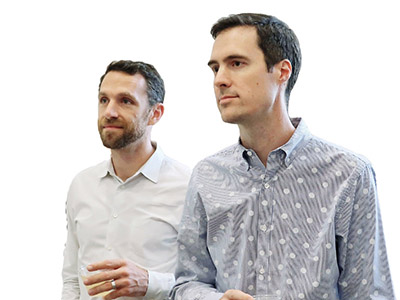 Freeland and Buck will teach the visiting critic studio “In Free Fall.” The studio will explore the potential of the image as a generative architectural medium. Students will examine the relationship between physical and virtual space before developing a new building typology—an indoor professional surfing venue in Los Angeles. Tasked with designing an interior in which the individual viewer surrounds the action, physically or virtually moving between viewpoints, students will spatialize this condition as a large interior room. Students will also have the opportunity to travel to Los Angeles to visit the site, as well as tour professional surfer Kelly Slater’s artificial wave pool, Surf Ranch.

Freeland has been principal at FreelandBuck in Los Angeles since 2010. He is also a faculty member at Southern California Institute of Architecture and has taught design studios at University of California, Los Angeles (UCLA) and University of Southern California. From 2006-2012 Freeland taught at Woodbury University where he was instrumental in developing the FabLab and teaching fabrication and computation. With over 15 years of experience practicing architecture, he has worked on award winning residential, commercial, urban and institutional projects with FreelandBuck, as well as Michael Maltzan Architecture, Roger Sherman Architecture and Urban Design, RES4 and AGPS. Freeland holds a B.Arch. from the University of Virginia and a MArch from the UCLA Department of Architecture and Urban Design. His research and practice focuses on the spatial potential of patterned systems.

Buck has been principal at FreelandBuck in New York City since 2010. He is also a critic at the Yale School of Architecture. Prior to teaching at Yale, Buck worked for Neil M. Denari Architects, Johnston Marklee & Associates in Los Angeles and Walker Macy in Portland, Oregon. He has taught at the University of Pennsylvania, Syracuse University, the University of Kentucky and the Royal Danish Academy in Copenhagen. From 2004-2008, he was assistant professor in Studio Greg Lynn at the University of Applied Arts, Vienna. Buck received a B.S. from Cornell University and an M.Arch. from the UCLA Department of Architecture and Urban Design. His writing on technology and representation within the discipline of architecture has been published in numerous academic and professional journals.

Freeland and Buck will give a public lecture on Thursday, Feb. 7 at 5:15 p.m. in Slocum Auditorium. 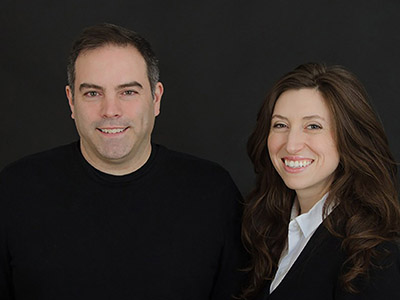 Hogan and Petrarca will teach the visiting critic studio “Working Backwards,” exploring the typology of University housing on the edge of campus. Through the design of buildings, students will focus on building systems, structural strategies, environmental control/energy and enclosure assemblies and details to gain a greater understanding and confidence in the process of making architecture. The course will also include a day-long studio workshop with Lawrence Scarpa, managing principal of Brooks + Scarpa, an international architectural firm based in Los Angeles known for unique and sustainable design in the built environment.

Hogan has been principal at Tonic Design since 2008. She is also an Adjunct Professor of Practice in the Department of Architecture at North Carolina State University’s (NC State) College of Design. Hogan has worked on multiple residential and small scale commercial projects, and recently received a National America Institute of Architects (AIA) Small Projects Practitioners award for an educational pavilion at the North Carolina Museum of Art. She holds a B.Arch. degree from Syracuse University as a University Scholar, with a minor in Italian language. After graduation, Hogan worked with Will Bruder Architect in Phoenix, Arizona, and after held a fellowship position with Bryan Bell at Design Corps, a non-profit architecture practice serving communities normally without access to architectural services. Passionate about academia and her local community, she frequently serves as a guest juror at several area schools and participates on many committees that promote design awareness. Hogan serves as a member of the Syracuse University School of Architecture Advisory Board and was appointed by the Raleigh City Council to serve on the Appearance Commission.

Petrarca founded Tonic Design in 2003, of which he is principal with wife, Hogan. He is also Professor of Practice in the Department of Architecture at NC State’s College of Design. Petrarca earned both a B.Arch. and an M.Arch. II from NC State. From 1993-2003 he worked for the multi-award-winning firm Frank Harmon Architect PA in Raleigh, NC. During this time he found many opportunities to fall into design build opportunities. Petrarca’s first independent project was a 1,700-square-foot house that he designed and built. It won AIA NC and AIA South Atlantic Region awards and was featured in Dwell and on the cover of the book 25 Houses Under 1500 Square Feet.

Hogan and Petrarca will give the D. Kenneth Sargent Visiting Critic public lecture on Thursday, Feb. 21 at 5:15 p.m. in Slocum Auditorium. 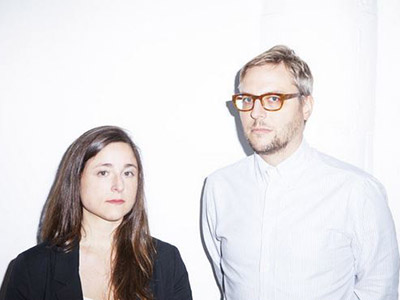 Abruzzo and Bodziak will teach the visiting critic studio “In Effect.” The studio will teach students to use the qualities of light, material and form to design a freestanding reading room for a site within Syracuse or on campus. Students will also have the opportunity to travel to The Berkshires to visit the Clark Art Institute and the Massachusetts Museum of Contemporary Art.

Abruzzo is a founding principal of Abruzzo Bodziak Architects. She received a B.A. from Columbia College, Columbia University, and a Master of Architecture from Princeton University, where she also received a certificate in media and modernity and was named a fellow at the Center for Arts and Cultural Policy Studies. In addition to her practice, Abruzzo has taught design, materials and theory courses at numerous institutions and is currently a critic at the Yale School of Architecture.

Bodziak is a founding principal of Abruzzo Bodziak Architects. He earned a B.S. from the University of Michigan Taubman College of Architecture and Urban Planning, and a M.Arch. from Princeton University. In addition to his practice, Bodziak has been a lecturer and guest critic at numerous institutions, teaching design, drawing and construction technology courses at, among others, Columbia’s Graduate School of Architecture, Planning and Preservation and The Rhode Island School of Design.

Abruzzo and Bodziak will give a public lecture on Thursday, March 21, at 5:15 p.m. in Slocum Auditorium.