Engaging the Public Media Audience, Serving the Community While Preparing Students for Careers in News and Sports Journalism 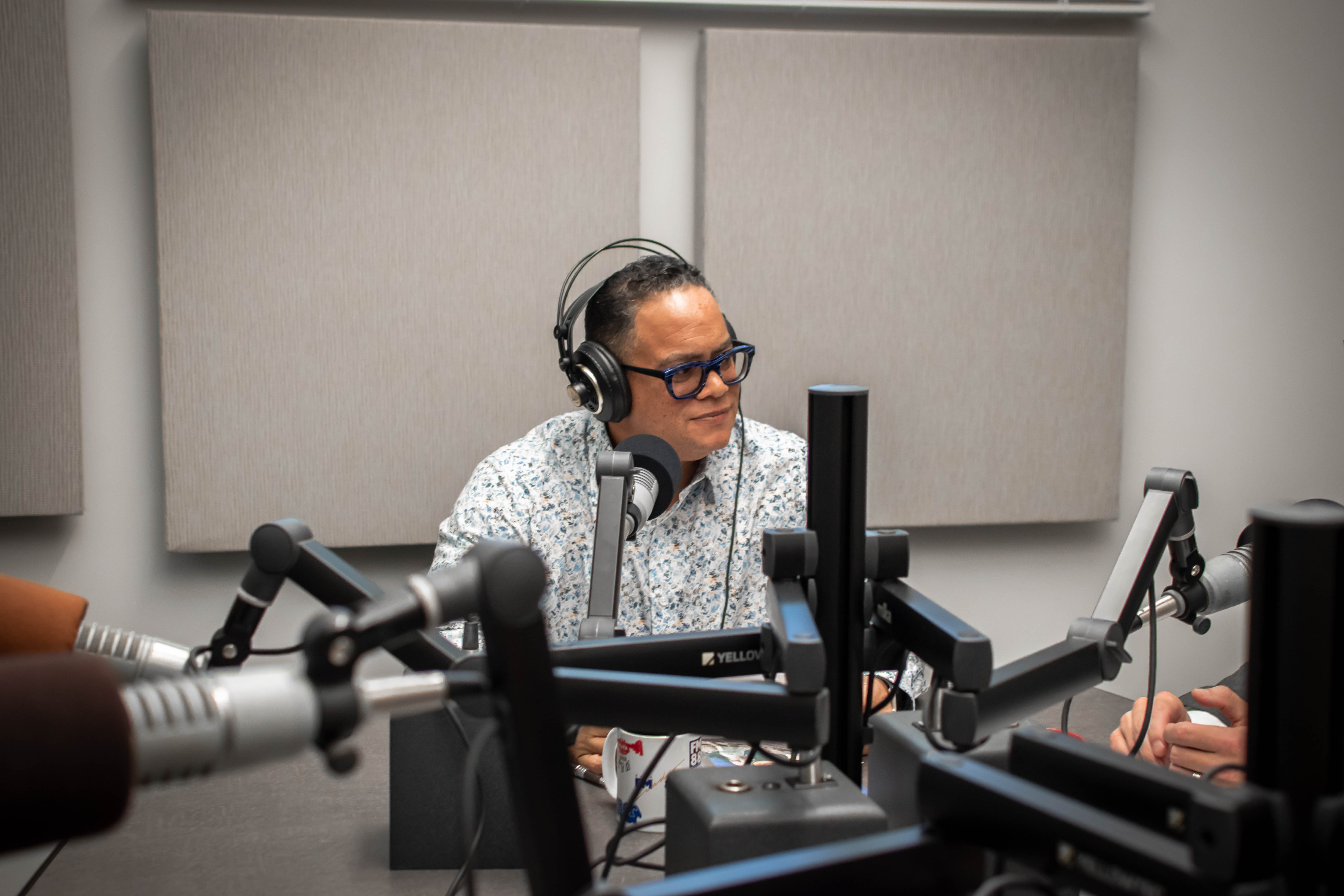 Joe Lee hears voices every day. Voices from the past. They don’t haunt him. They make him smile and his heart swell with pride. They are the voices of the broadcast elite, recognized around the world because they have become icons in the news and sports business. And many of them were inspired by Joe and what he has done in his role as director and general manager of WAER-FM for more than two decades.

“To see a student come in as a freshman, get cleared for air, hear their first play-by-play and eventually a national broadcast, it is such a source of pride,” says Lee. He respects the history, tradition and legacy of the 72-year old radio station, while striving to keep it relevant to audiences and a launching pad for the new generations of journalists and broadcasters. “It’s like being given your father’s car to drive around. You don’t want to scratch it up, but you also want to find a way to make it perform even better.”

Better performance means ensuring that the professional staff at WAER and the scores of student volunteers are responsive to dramatic changes in the media world, disruptive technologies and—perhaps most importantly—to the evolving needs of the community. “We have dropped the term public radio and now use ‘public media’ but it remains all about public trust,” says Lee. Mobile applications, the web, podcasts and social media continue to transform how information is disseminated and received. Lee wants to ensure that the multiple forms of media are being used effectively to “enlight, engage and entertain”—the three words that define the mission of WAER.

“Students come to us for different things. We have about 40 to 50 students who want to do sports and 15 to 20 who are interested in just news,” says Lee. “They come to us to learn how to report, but they show a deep interest in what public media is all about. They learn how to provide perspective in storytelling, balance and context.” For example, student reporters are not likely to find themselves covering car accidents or house fires, unless a single tragic event impacts the broader community in large ways or has implications for public health and safety. 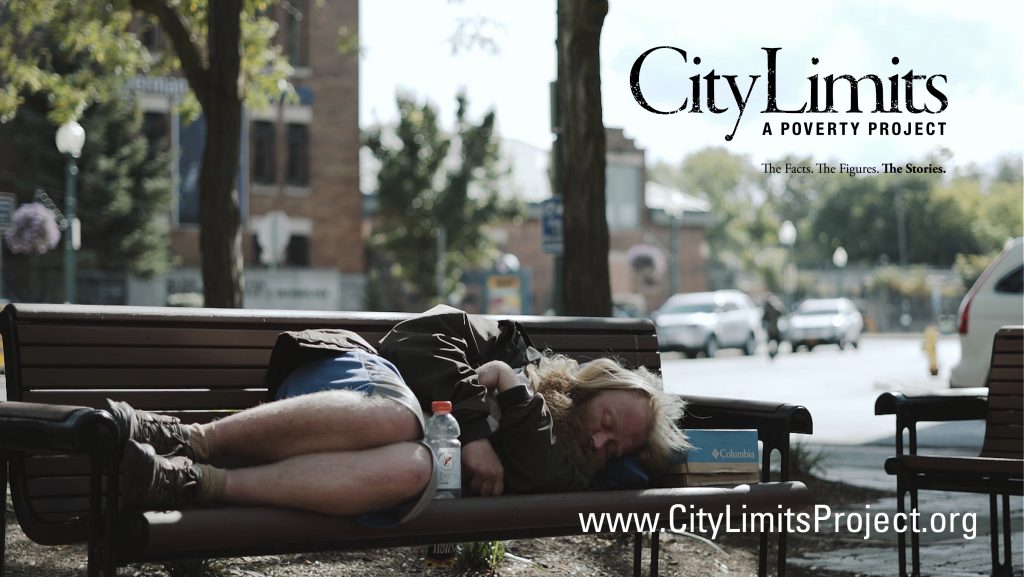 Public radio, the way Lee sees it, has always been about great storytelling. Now, it is also about public engagement, truly connecting with the community it serves. Hence, the yearlong initiative called City Limits: A Poverty Project, a multi-platform civic engagement project that examines poverty in Syracuse. It is a mix of journalism, storytelling and community convening designed to spark a communitywide dialogue of individuals, organizations and community constituencies on issues ranging from food insecurity to economic development to affordable housing and more.

“The goal of City Limits was not only to get our community talking about these issues but to inspire our listeners to take action,” says Lee. He wanted the students to see that their reporting could be impactful, could change things, could make the community better. He points to one of many anecdotal pieces of evidence that they did just that. “Two of our listeners heard a story we did on a ride-to-work program run by Providence Services to help people get better jobs by solving their transportation problems. The listeners were so touched by the story, they purchased used cars and donated them to the individuals featured in the story.”

Contemplating next steps in the evolution of WAER programming, Lee is focused on making the community a real partner in telling important stories. He’s inspired by a model put forth by a consulting firm called Hearken (which means “listen”) generating public-powered journalism through relevant and original stories. Through resources like CNY Vitals from the Central New York Community Foundation and other data aggregators, students can learn to identify the most important issues that will impact the region’s ability to make progress.

“We will discuss, as a staff, a range of issues we want to tackle,” says Lee. “These won’t likely turn into year-long projects, but more of a series of reports on important issues. We will start to focus our reporting on beats, like education, environment, race and culture, to name just a few.” Through a collaborative process with newsroom staff and students, Lee envisions developing series of reports that can be transformative in the community. 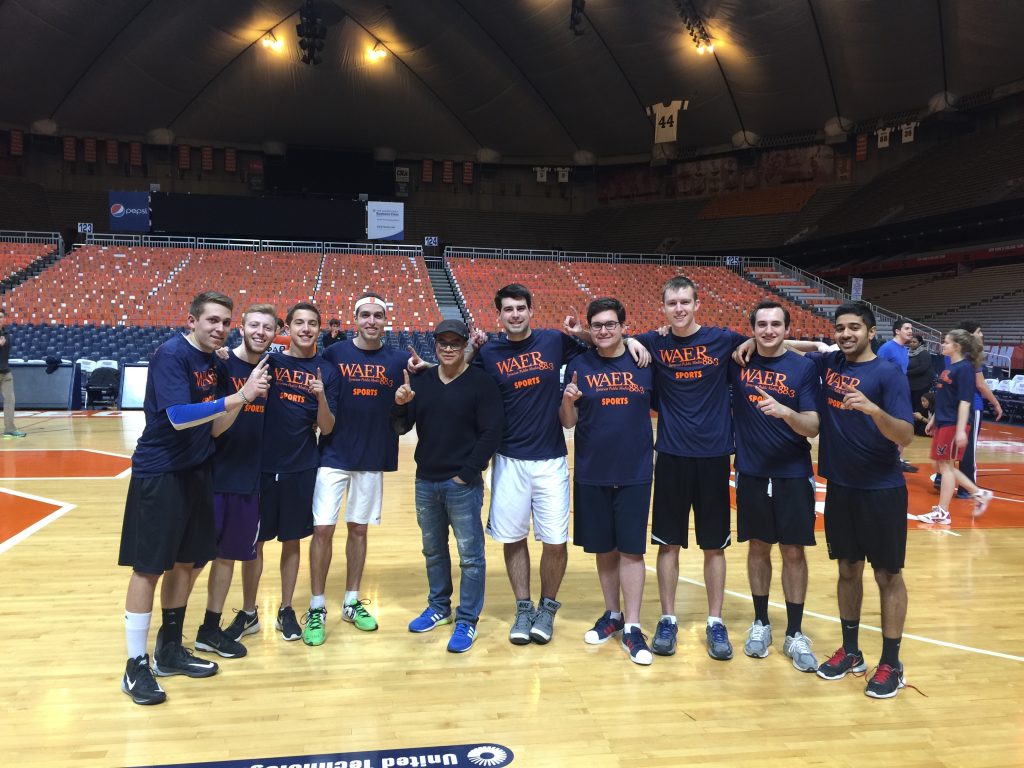 He believes this approach will also help raise philanthropic support for public media: “It’s increasingly difficult to raise money around the concept of ‘Give us your support because it helps us bring NPR content to you.’ People want to direct their philanthropy to specific areas that are meaningful to them. The City Limits project attracted significant funding from a foundation and from listeners who wanted to support that effort. We need to do more of this kind of work going forward.”

Lee also wants to ensure that students who come to WAER for experience in broadcasting and reporting understand and acquire the skills necessary to succeed in this fast-changing field. He notes that he started his career editing tape with a razor blade at his local public radio station, WEAA in his hometown of Baltimore. “Today’s broadcaster needs to be a skilled multimedia journalist,” he says. “You have to report, edit audio, understand content distribution platforms. You have to be more versatile today, and WAER has to provide an opportunity for students to acquire all those skills.”

Lee says that even though WAER will continue to change with the times in response to audience needs and wants, it will always offer an eclectic format that includes a mix of music, sports and news that will “enlight, engage and entertain.” He won’t rest on the laurels of a station that has produced famous graduates like Ted Koppel, Bob Costas, Mike Tirico, Lakshmi Singh and Scott MacFarlane. “You have to be both open to change and a change agent in an industry that is ever-changing.”

Staff Spotlight shines a light on many of Syracuse University’s most dedicated—and talented—members. Their work on campus. Their often very interesting lives away from campus. It is our pleasure to share their stories. Know someone who should be considered for an upcoming Staff Spotlight? Contact Kevin Morrow, director of internal communications in the Division of Marketing and Communications, at kdmorrow@syr.edu.