The Office of Veteran and Military Affairs (OVMA) has announced the addition of retired U.S. Army Maj. Gen. (MG) Peggy Combs ’85, the highest-ranking female military officer to graduate from Syracuse University, to its advisory board. 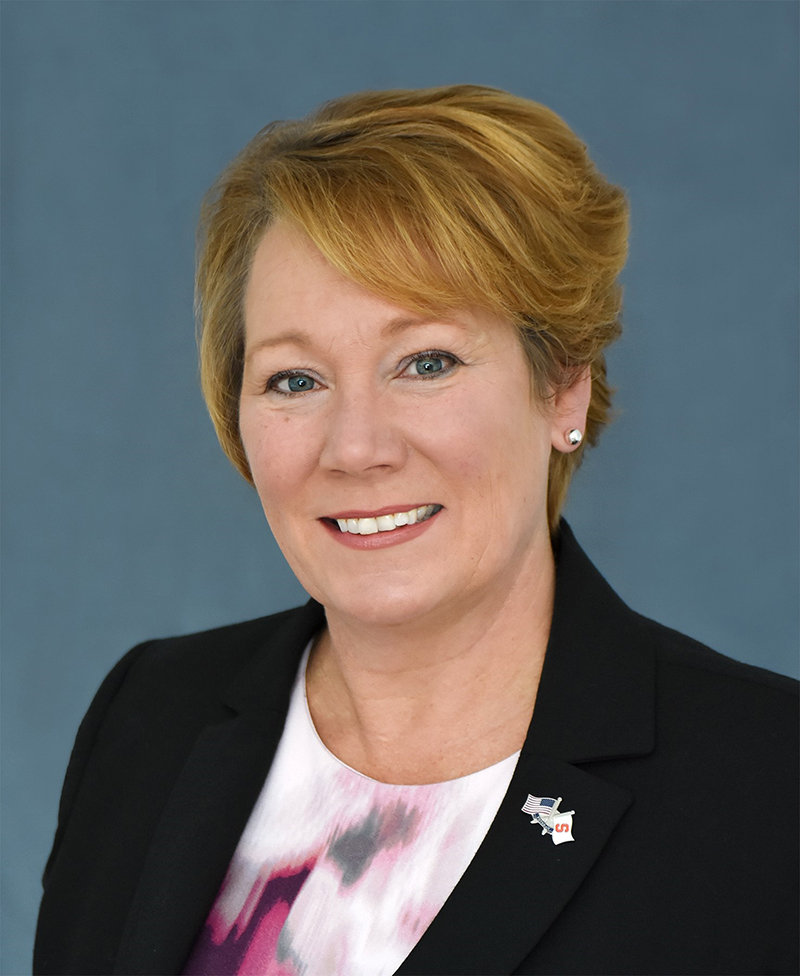 “MG (Ret.) Peggy Combs brings an incredible perspective as a strategic leader, veteran and alumna to our advisory board,” says Ron Novack, OVMA executive director. “We are absolutely honored to welcome her to our board as we work to support those members of the Syracuse University community of military-connected students, veterans, service members and military spouses and children.”

Originally, from Oriskany, New York, Combs was commissioned at Hendricks Chapel in 1985 as a distinguished military graduate of the U.S. Army Reserve Officer Training Corps Program (ROTC) at Syracuse University. She went on to serve in the U.S. Army in a variety of leadership and staff positions at the tactical, operational and strategic levels over her 33-year career. She achieved the rank of major general and in doing so became the highest-ranking female military officer to graduate from Syracuse University. In November 2018, Combs’ journey came full circle when she returned to Syracuse University to retire in the same chapel she commissioned in over three decades prior.

“I am honored to join the OVMA Board and give back to the University that has given me and my fellow service members so much,” says Combs. “Syracuse helped to shape me into the person I am today, and I am tremendously proud of the support and empowerment they extend to my fellow veterans, service members and their families. I am thrilled to contribute to the great work being done by the OVMA and the entire Syracuse community.”

Comprised of leaders with diverse and deep levels of experience from the military, government, business, higher education and public service sectors, the OVMA Advisory Board provides advice and counsel to University leadership related to programs, initiatives, and opportunities positioned to advance the educational aspirations of the University’s veteran and military-connected students.

Other Board members include:

The Office of Veteran and Military Affairs serves as Syracuse University’s single point of entry for all veteran and military-related programs and initiatives. Committed to being the “best place for veterans,” the office assists university stakeholders to support and empower veteran, military-connected and military family member students and employees who are veterans at the University.