Orange Volunteers Squeeze in Some Compassion During Orlando Visit 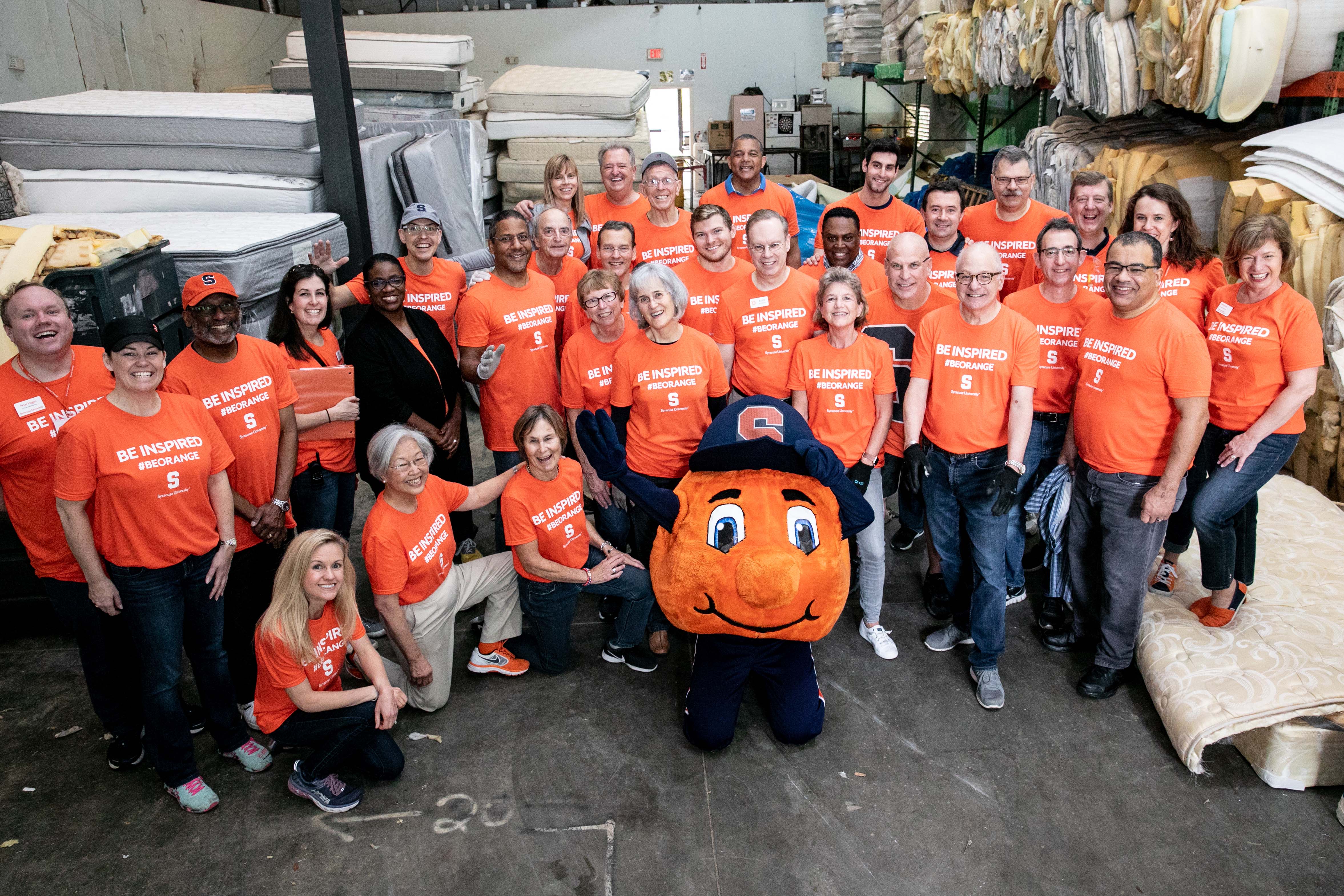 Citrus fruit may grow on trees in Florida, but the Sunshine State recently experienced the influx of an especially spirited variety of Orange–from wintry Syracuse!

As the Orange football team prepared for its debut in the 2018 Camping World Bowl in Orlando, a team of volunteers—Syracuse University staff, trustees, donors, guests and students—headed to a warehouse run by The Mustard Seed of Central Florida. The organization provides furniture, clothing and household items to individuals and families in the Orlando area who are struggling to restart their lives after a setback. Some 3,000 individuals received help from The Mustard Seed in the 2017-18 fiscal year. 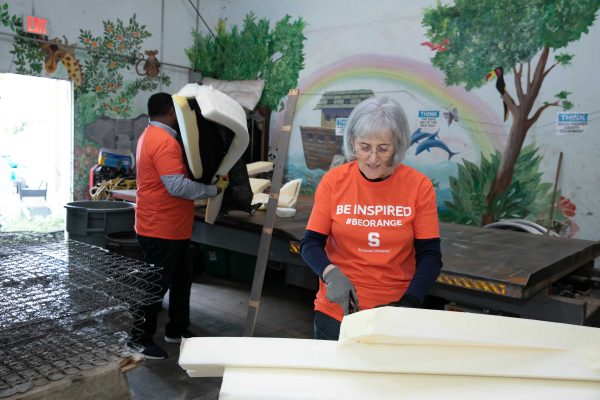 The Syracuse University volunteers attended an orientation that introduced them to the organization’s mission and procedures. Then they sprang into action, sorting donated clothing and housewares, organizing the warehouse full of furniture, and assisting in the organization’s extensive recycling effort.

This service project was sponsored by SU’s Division of Enrollment and the Student Experience (ESE), and the idea originated with Dolan Evanovich, ESE’s senior vice president. “No matter where we are in the world, the students, staff, faculty, alumni and extended Orange family bring a deep commitment to making a positive impact,” Evanovich says. “We had an opportunity to do so in our host city of Orlando and came together to support families and individuals affected by personal tragedy.” 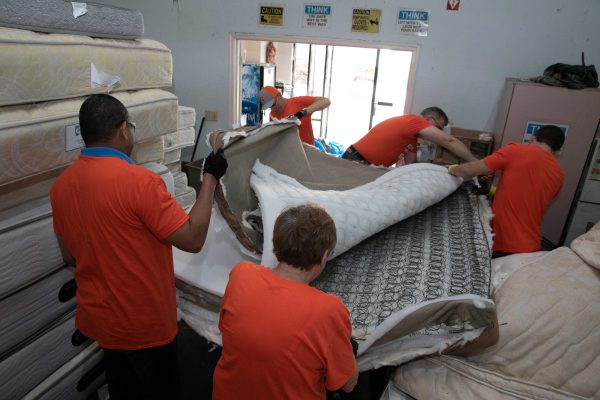 The Mustard Seed fills critical needs for clients like Randy, a Vietnam veteran who was so devastated by his wife’s death that he wandered into the woods after her funeral and was found unconscious days later. “She was my best friend,” Randy said, but he found the strength to go on after treatment at the VA Medical Center and assistance from the Office of Veterans Affairs. He now rents an efficiency apartment in Winter Park, furnished with donated items from The Mustard Seed.

“The Mustard Seed is so grateful for volunteer groups like Syracuse University, and we cannot express how large an impact this group will have,” says Stephanie Grant, volunteer coordinator for the organization. “Your selflessness during this holiday season helps many individuals and families in our Central Florida community. Thank you!”