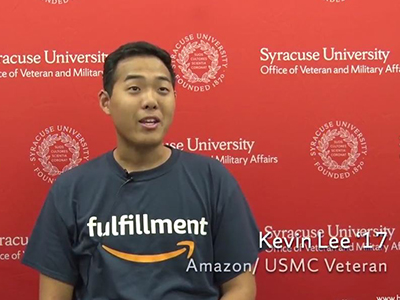 Lee graduated in 2017 with a double major in business management and marketing from the Martin J. Whitman School of Management. He was an active member of the Student Veterans Organization while on campus and now works as an outbound area manager for Amazon in New York City. He served six years in the Marine Corps.

Coleman earned a master’s degree in entrepreneurship and entrepreneurial studies from Whitman in 2018 and now works as a senior human resources business analyst with First Data in New York City. She served nearly five years in the Navy, including an assignment in Japan.