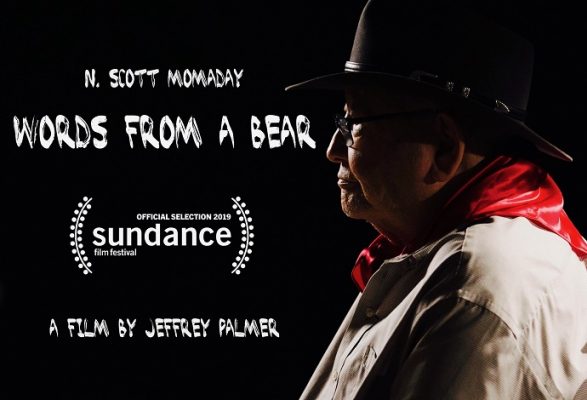 A documentary film on the life of Pulitzer Prize-winning author N. Scott Momaday by Jeffrey Palmer, an assistant professor of film in the College of Visual and Performing Arts’ Department of Transmedia, will make its debut at the Sundance Film Festival. “N. Scott Momaday: Words From A Bear,” an imaginative visual journey into the mind and soul of the Oklahoma-born Native American author and poet, will have its world premiere at the festival in Park City, Utah, in January.

The film was directed by Palmer, who, like the film’s subject, was born in Oklahoma and is a member of the Kiowa Tribe of Oklahoma. After its Sundance premiere and a theatrical release, the film will air to a national audience in 2019 on the PBS documentary series “American Masters.” Dates and times for the broadcast are still to be determined.

Momaday, who was born in 1934 in Lawton, Okla., is a Kiowa novelist, short-story writer, essayist and poet. His novel “House Made of Dawn” was awarded the Pulitzer Prize for fiction in 1969 and led to the breakthrough of Native American literature into the American mainstream. He was awarded the American Medal of Arts in 2007 by President George W. Bush. He was also honored by his home state as the Oklahoma Centennial Poet Laureate. 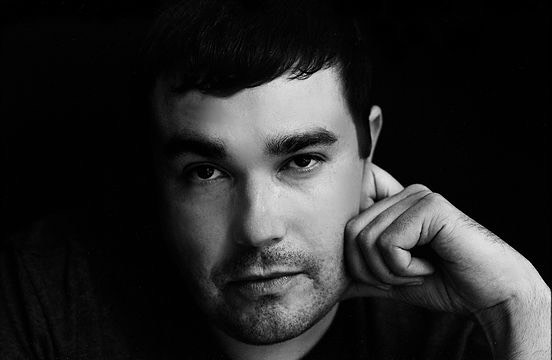 Given their shared background, Palmer says he feels an enormous responsibility to do justice to Momaday’s life. Not only had Palmer grown up with Momaday’s works during his youth in Oklahoma, he had a stronger, more personal connection to the writer. “My father (Gus Palmer) is a Kiowa linguist and an author of fiction and poetry,” Palmer says. “He and Scott were close friends when he was younger.”

Given the trust and understanding that already existed between the two men, Palmer opted to have his father conduct the on-camera interviews of Momaday rather than do them himself.

“I think it’s a lot more comfortable for two elders to talk to each other,” Palmer says. “It really eased the tension that can sometimes happen between a subject and a director on a documentary.”

Palmer understands how important the film could be to the small but accomplished Kiowa Nation and the Indigenous population as a whole, but he’s especially pleased that its inclusion at Sundance and in the “American Masters” series means that it will be exposed to a large, diverse audience. He hopes the film reinforces Momaday’s greatness and exposes his work to younger readers who may not already be aware of him.

Palmer says developing a relationship with the author during the course of making the documentary has been a career highlight.

“Our relationship, I think has been based on an understanding between two artists. To be able to talk with somebody on such an intimate basis about their work is one of the greatest things I’ve experienced.”

When work began on the documentary, Palmer was an assistant professor at the University of Central Oklahoma (UCO). Fellow UCO mass communications professor Desiree Hill served as an associate producer on the film.

Palmer was approached by PBS “American Masters” officials, who were impressed by his most recent film, “Isabelle’s Garden,” a short documentary about a Choctaw girl in southeastern Oklahoma who, despite living in poverty, shares the bounty of her garden with members of her community. It wound up being named one of the top five films in the Sundance Institute Short Film Challenge in 2015 and opened the door to doing a project with PBS.

As a Dean’s Fellow at the University of Iowa, Palmer received an M.F.A. in film and video production in 2012 with an emphasis in documentary film and video installation. He also received an M.A. in Native American studies, focusing on Native American exploitation in early cinema, and a B.A. in cultural anthropology from the University of Oklahoma.