Tickets for the Syracuse fan section and Syracuse travel packages are available now via www.Cuse.com/CampingWorld.

The Orange is ranked No. 17 in both the Associated Press Top 25 poll and the Amway Coaches poll, and is No. 20 in the CFP ranking. Syracuse has a 33-27 all-time record against West Virginia. The teams last met in the 2012 New Era Pinstripe Bowl. 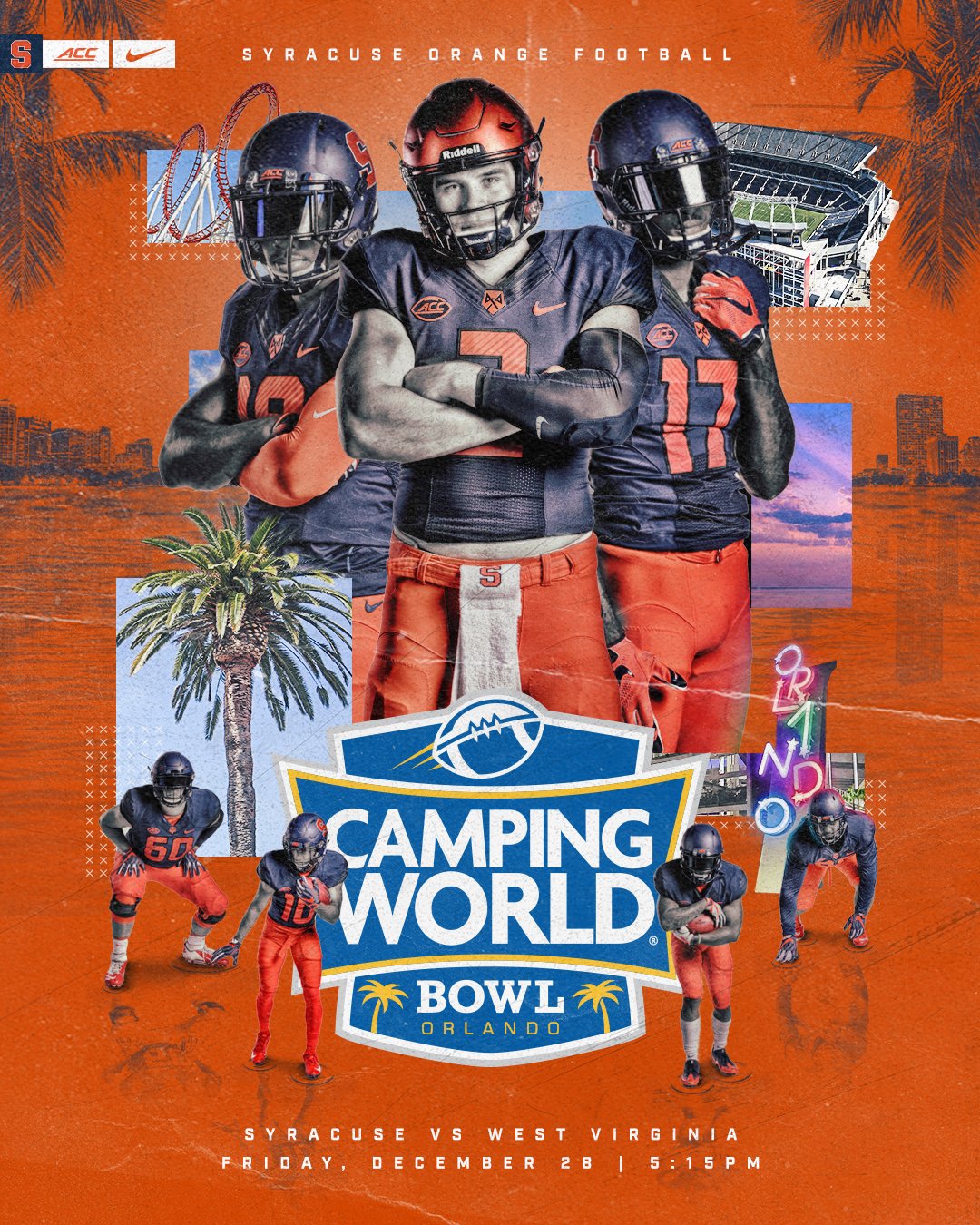