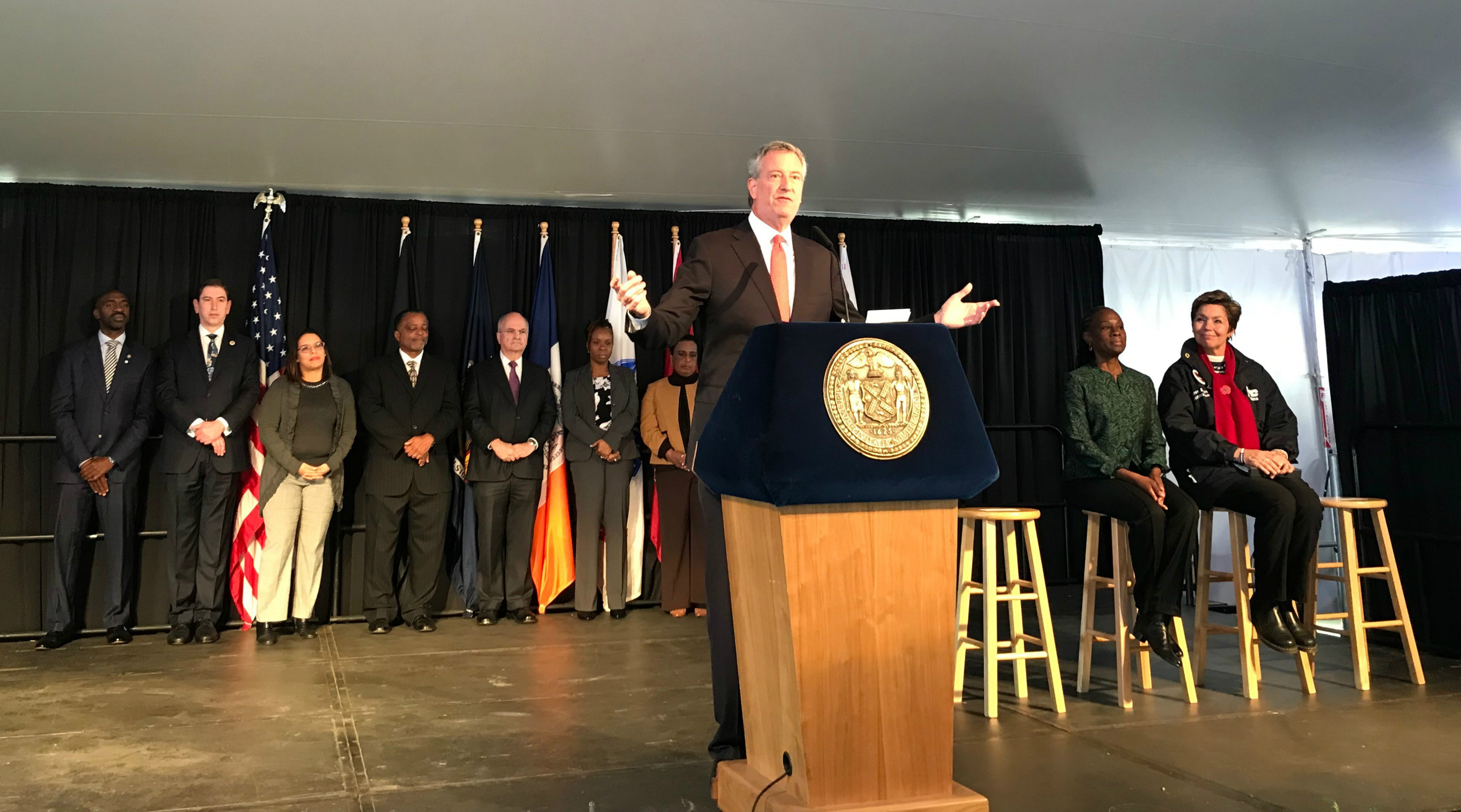 New York City Mayor Bill de Blasio announcing at a Veterans Day press conference that the VetConnect NYC program created by the Institute for Veterans and Military Families will coordinate social service delivery for veterans and military-connected families throughout the city.

Specifically, New York City has selected IVMF’s AmericaServes program—rebranded as VetConnect NYC—as the city’s system and platform to coordinate social service delivery in support of veterans and military-connected families across all five boroughs.

The IVMF launched the AmericaServes program to assist communities interested in enacting an approach to social service delivery based on the theory of collective impact. Specifically, the AmericaServes program is designed to identify and organize public and private sector social service providers into a coordinated resource network—akin to a traditional healthcare network. An IVMF-funded care coordination center sits at the center of the network, navigating veterans and military-connected family members to providers best positioned to serve their needs.

The IVMF introduced the AmericaServes initiative to New York City in 2015 as a privately funded pilot program. Over the past three years, the impact of the AmericaServes pilot has been so profound that the New York City Department of Veteran Services made the decision to adopt the IVMF initiative as the public sector solution to veteran-focused service delivery across the city.

“We’re extremely proud of how AmericaServes—now VetConnect NYC—has fundamentally transformed the means and the mechanisms through which social services are delivered to veterans in New York City,” says Mike Haynie, Syracuse University vice chancellor and founder/executive director of the IVMF. “The launch of VetConnect NYC exemplifies the power of innovation stemming from intersection of research and practice, subsequently enacted in a way that meaningfully improves the lives of veterans, service members and families in our nation’s largest city.”

“From the beginning, the goal of the AmericaServes initiative has been to introduce a community-connected approach to social service delivery that is simultaneously robust and resource efficient,” says Jim McDonough, managing director of programs and services at the IVMF. “The success of our efforts in New York City have generated requests from city leaders, foundations and nonprofit organizations across the U.S. interested in introducing the AmericaServes initiative to their own communities. Consequently, in addition to our work in New York City, the IVMF is currently operating in 16 communities across the U.S. operating AmericaServes networks, including Pittsburgh, Dallas, Seattle, Charleston, Charlotte and San Antonio.”

In New York City, the IVMF will work alongside both the Department of Veteran Services and Northwell Health, which will serve as the New York City network coordination center. In this capacity, Northwell Health—New York state’s largest health-care provider with a network of 23 hospitals, nearly 600 community and research facilities and 66,000 employees—is responsible for managing effective care delivery on behalf of the more than 90 service providers in the VetConnect network. Technology infrastructure to support the coordination center and network partners—including electronic referrals, streamlined communications and real-time network performance data—is provided through Unite Us, a veteran-owned small business.