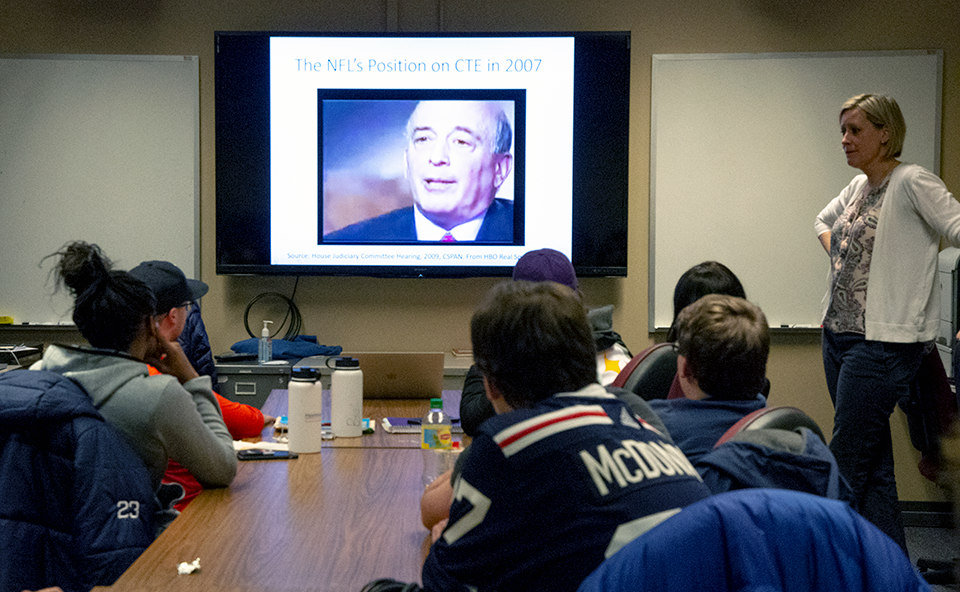 The first-ever concussion reporting training program was piloted at the Newhouse School this fall.

The three-hour Concussion Reporting Workshop, developed to help journalism students learn the best ways to cover concussions, was taught by Newhouse professor of practice Olivia Stomski as part of the Radio Sports Broadcasting course. Stomski is director of the Newhouse Sports Media Center.

“The guidelines on covering concussions are changing all the time,” said Costas. “Until now, there has never been a resource for journalists to stay current on the science, the protocols or the appropriate terminology.” 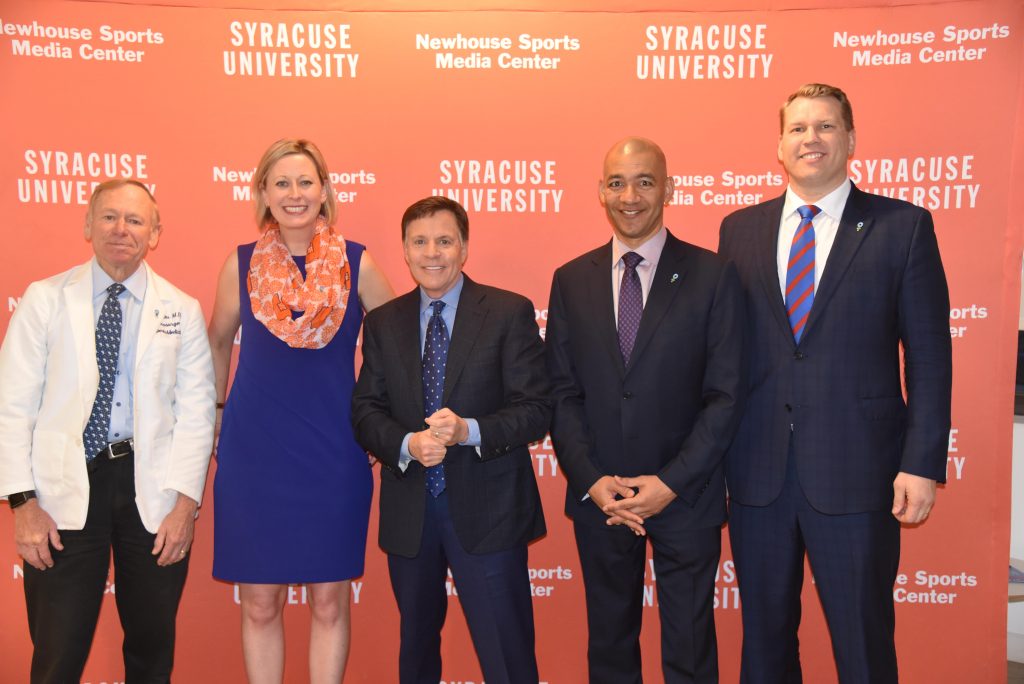 According to a recent study from the Centers for Disease Control and Prevention, most children from lower income families do not receive formal concussion education, and other research shows most youth coaches have not been trained to recognize or appropriately respond to concussions. Sports media is a way to educate these hard-to-reach groups and help keep children safe in sports.

“Journalists reach millions of people doctors can’t,” said Cantu, a physician who serves as CLF’s medical director. “Most concussions are still not diagnosed, so by identifying the signs of a concussion, talking about the proper response and avoiding words like ‘dinged’ or ‘bell-rung,’ reporters can perform a valuable public service and maybe even save a life.”

The workshop will also be offered at Medill, taught by Adande, and at Boston University, taught by Kremer.

Students learn about the correct terminology to use when reporting on concussions, the long-term effects of these injuries and the protocols of different sports leagues, and how they differ. They also review and critique real clips and practice calling relevant incidents.