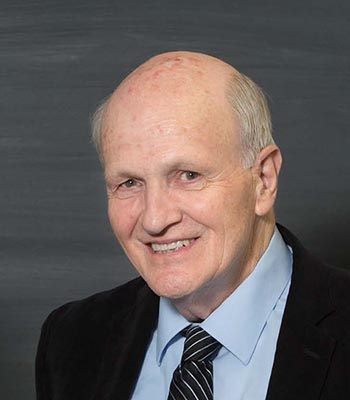 The growing dangers of the current arms race is the subject of the next Kameshwar C. Wali Lecture in the Sciences and Humanities, hosted by the Syracuse University Humanities Center in the College of Arts and Sciences (A&S).

Frank N. von Hippel, a Princeton professor and former science adviser to President Clinton, will discuss “U.S. Nuclear Weapons Policy: Time for the Concerned Public to Intervene Again” on Thursday, Nov. 29, at 4 p.m. in Shemin Auditorium in the Shaffer Art Building. The event is free and open to the public.

The Department of Physics sponsors the annual Wali Lecture, with support from the Humanities Center and the Wali Lecture fund. American Sign Language (ASL) interpretation and Communication Access Realtime Translation (CART) will be provided. To request accommodations, contact Yudaisy Salomón Sargentón at phyadmin@syr.edu or 315.443.5960 by Monday, Nov. 19. For more information about the event, contact Simon Catterall, professor and associate chair of physics, at smcatter@syr.edu or 315.443.5978.

A professor emeritus of public and international affairs in Princeton’s Woodrow Wilson School, von Hippel is a national authority on nuclear arms control and proliferation, energy, and science and technology.

In the Nov. 29 event, he will address the United States’ two separate, but related, nuclear arms races with Russia and China, along with recent developments in the “rogue states” of North Korea and Iran.

“Frank von Hippel is a seasoned policy veteran—a scientist who has written extensively about nuclear nonproliferation and disarmament initiatives, the future of nuclear energy and improved automobile fuel economy. He understands the full import of science literacy on society,” Catterall says.

A former assistant director of national security in the White House Office of Science and Technology Policy, von Hippel will examine the “perverse dynamics” underlying the current nuclear arms race and discuss ways to mitigate the situation.

He says that although there are similarities in the U.S. political climates of today and 40 years ago, one marked difference persists. “The effect of the Nuclear Weapons Freeze Movement has worn off,” says von Hippel, referring to the 1980s campaign that put political pressure on the United States and Russia to stop testing, producing and deploying nuclear weapons. “The effectiveness of the activist-citizen, teaming up with up scientists to educate Congress, as was the case during the Freeze movement, must be recounted.”

Von Hippel’s lecture also will consider the advantages of implementing a U.S.-led no-first-use policy (i.e., resorting to such weapons only in response to a nuclear attack); restoring limits on ballistic missile defenses; putting a cap on China’s arms buildup; and banning plutonium separation and uranium enrichment, processes vital to the development of nuclear warheads.

“A nuclear war cannot be won and must never be fought,” says the senior research physicist at Princeton, where he founded and co-directed the Program on Science and Global Security (SGS) from 1974 to 2006.

Upon stepping down from leadership of SGS, von Hippel founded the International Panel on Fission Materials, co-chairing the organization until 2015. 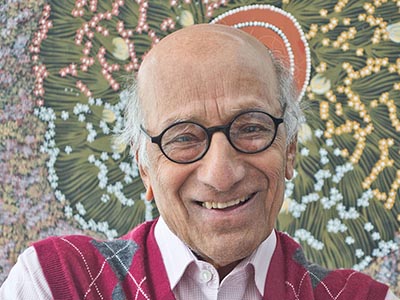 He is a recipient of the American Physical Society (APS)’s Leo Szilard Lectureship Award and Joseph A. Burton Forum Award (the latter for his co-authorship of the book “Advice and Dissent: Scientists in the Political Arena”), the George F. Kennan Distinguished Peace Leadership Award and The MacArthur Fellowship. Von Hippel earned a Ph.D. in theoretical physics at Oxford University.

Entering its second decade, the Wali Lecture series bears the name of the world-renowned theorist who turned 91 last month. A member of Syracuse’s physics department since 1969, Wali studies the fundamental constituents of matter and their interactions. Such work, he says, has applications in biology, chemistry, materials science and computer science.

The Steele Professor emeritus also is a prolific author, as evidenced by his two books, “Cremona Violins: A Physicist’s Quest for the Secrets of Stradivari” (World Scientific, 2010) and “Chandra: A Biography of S. Chandrasekhar” (The University of Chicago Press, 1991), and dozens of chapters, essays and papers.

Wali is a fellow of APS, whose India Chapter named him Scientist of the Year, and a recipient of the Chancellor’s Citation at Syracuse for exceptional academic achievement.