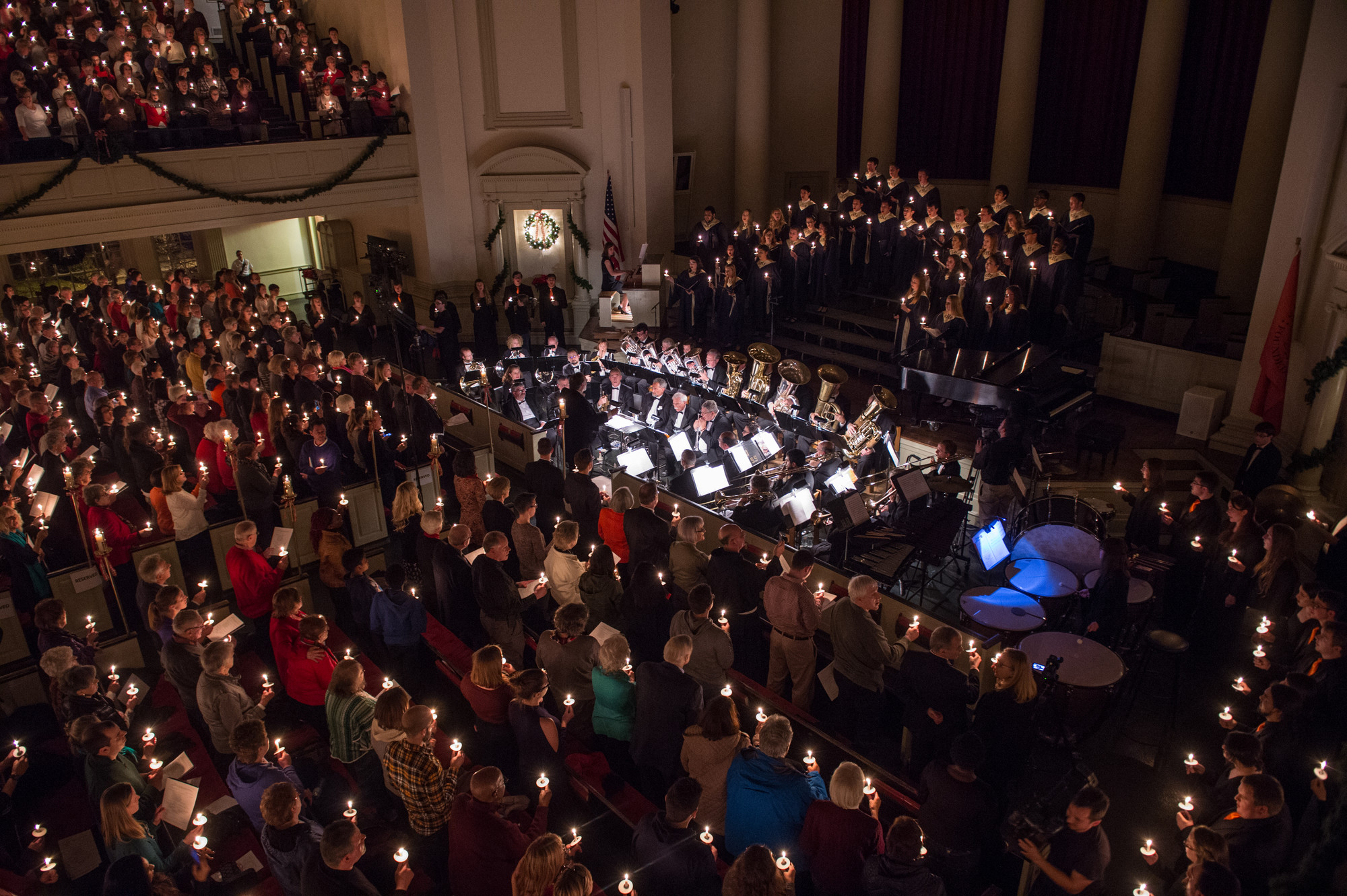 A scene from the 2017 concert at Hendricks Chapel.

Hendricks Chapel invites the Central New York community to celebrate the sounds of the season at the annual Holidays at Hendricks concert on Sunday, Dec. 2, at 7:30 p.m. at the chapel. The event is free and open to the public.

Public parking is free and available on a first-come, first-served basis in Irving Garage, the Hillside lot and all open Syracuse University parking lots. Those who require accessible parking or would like more information about the event may call the chapel at 315.443.2901 or email chapel@syr.edu.

“This year marks my sixth production of Holidays at Hendricks,” says Calvar, the event’s artistic director. “With each passing year, I grow in understanding of the powerful impact making music together has on our students and in return how their work impacts our audience and our community. In a world making every effort to divide us, we come together as an Orange family to express our unity in joy and song this season.”

Thanks to a partnership with WCNY, the performance will be broadcast in late December on public television and radio stations throughout Western, Central and Northern New York. Dates for the broadcasts will be announced soon.