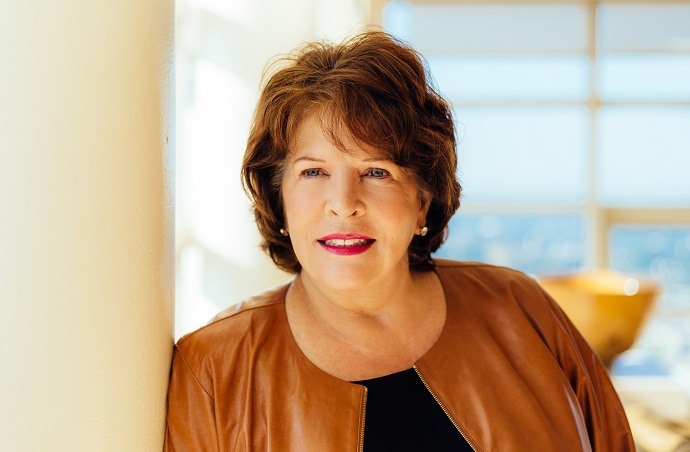 Syracuse University today announced that Kathleen Walters ’73, a distinguished member of the international business community, has been selected to lead Syracuse University’s Board of Trustees, succeeding current Board Chair Steve W. Barnes ’82, whose term ends in May 2019. The members of the Board of Trustees unanimously elected Walters, who becomes the first woman to be named chair-elect.

“I am deeply honored to have been selected by my peers to serve as the chair of my alma mater’s Board of Trustees,” says Walters. “Syracuse University played a significant role in my life’s trajectory, both professionally and personally, and I am thankful to have the opportunity to work on behalf of the institution that provided me such a strong education. I am humbled by the support I have received from my fellow trustees, Chancellor Kent Syverud and other members of the Syracuse University community, and look forward to taking on this critically important role.”

Walters, vice chair of Syracuse University’s Board of Trustees, is recognized as a global leader who currently serves as executive vice president of Georgia-Pacific and group president of its consumer products group. Georgia-Pacific is one of the largest retail and commercial tissue and tabletop businesses in North America, spanning more than 40 operating facilities and employing 15,000 people.

“Syracuse University is incredibly fortunate to have someone of Kathy’s caliber taking over the leadership of the Board of Trustees,” says Barnes. “The combination of her strategic and governance experience makes her well positioned to be our next chair.”

Walters has served as executive vice president of Georgia-Pacific LLC and group president of its consumer products group since 2007, and previously held other executive positions at the company. Prior to joining GP in 2004, Walters held a number of key leadership positions in Europe and the United States for Scott Paper Co. and Kimberly-Clark Corp. and was CEO of SAPPI Fine Paper North America.

“Kathy brings a unique perspective, as well as a wealth of knowledge and experience to the role of board chair,” says Chancellor Syverud. “She is a strong leader and a tireless advocate for Syracuse University. Kathy will make an excellent chair. I am confident great things will happen under her leadership.”

Walters adds: “My passion for Syracuse University and its mission began when I chose to attend partially based on my understanding, limited as it may have been at the time, of the importance of individual freedom to a prosperous career and world. In my time as a student there, and I hope in all times to come, Syracuse is a place where all ideas and thoughts can be debated and all cultures can add a richness to these ideas. That the world is made better by differences rather than sameness explains my dedication to Syracuse University.”

Walters has been very active in supporting the University along with her husband, Stanley P. Walters ’72. He was a two-year letterman in football at Syracuse and went on to a distinguished professional career, primarily with the Philadelphia Eagles, and after retiring was a radio color commentator.

Walters and her husband have been instrumental in bringing together alumni and garnering community support for University initiatives in Atlanta, where the couple resides. This includes supporting the University’s Annual Fund, the Cold Case Justice Initiative and Syracuse Athletics. In addition to serving as vice chair of the board, Walters is a member of the Executive, Academic Affairs, Advancement and External Affairs and Budget committees. She also serves on the Library Advisory Council, Annual Giving and Strategic Enrollment Planning work groups. Walters is also co-chair of the Atlanta Regional Council and a member of the Regional Council Advisory Team.

Walters earned an M.B.A. in finance and strategic planning, graduating with distinction at the Wharton School at the University of Pennsylvania. She earned a Bachelor of Science degree in mathematics at the College of Arts and Sciences at Syracuse University.

Walters and her husband are the parents of two grown children, Stanley and Elizabeth, who also reside in Atlanta. The family previously resided in Philadelphia, London and Boston.

About Syracuse University
Syracuse University is a private, international research university with distinctive academics, diversely unique offerings and an undeniable spirit. Located in the geographic heart of New York state, with a global footprint, and nearly 150 years of history, Syracuse University offers a quintessential college experience. The scope of Syracuse University is a testament to its strengths: a pioneering history dating back to 1870; a choice of more than 200 majors and 100 minors offered through 13 schools and colleges; nearly 15,000 undergraduates and 5,000 graduate students; more than a quarter of a million alumni in 160 countries; and a student population from all 50 U.S. states and 123 countries. For more information, visit syracuse.edu.