Musicologist Is Helping Bring Restoration-Era Theater Productions Back to Life 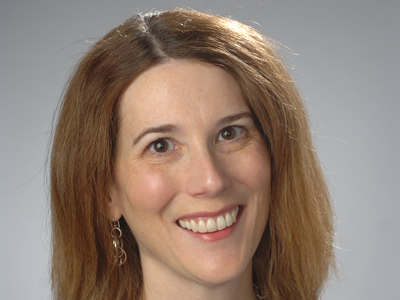 The performance, sold out during its three-week run, was a collaboration between the Folger, Syracuse University musicologist Amanda Eubanks Eubanks Winkler, and Richard Schoch, professor of drama at Queen’s University Belfast, co-investigators of the Performing Restoration Shakespeare Project.

For nearly two decades in the mid 1600s, English theaters were closed and no new plays were written or produced. When the monarchy was restored in 1660, theaters reopened but there were few new plays available. Theater companies filled the creative void with new adaptations of classic works, many by William Shakespeare. These productions of the Restoration era—the first to do Shakespeare after Shakespeare’s generation—were exceedingly popular, marked by song and dance, lavish scenic effects, and often, with reimagined and added characters.

But over time, these productions were largely forgotten. “By the late 18th century, Shakespeare had attained this God-like status in English literary circles and these Restoration adaptations came to be viewed as bastardizations,” says Eubanks Eubanks Winkler, associate professor of music and history and cultures in the College of Arts and Sciences and an expert on English theater music of the seventeenth, eighteenth, and twentieth centuries. 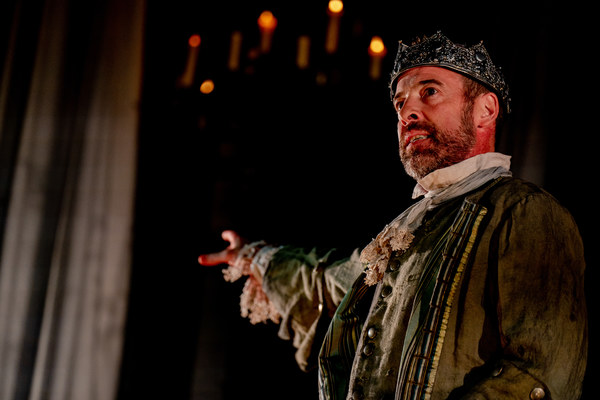 “Macbeth” at the Folger Theater. (Photo by Brittany Diliberto)

Through a multi-year £607,312 grant from the U.K.’s Arts and Humanities Research Council, Eubanks Winkler and Schoch are focusing on the performance dimensions of Restoration Shakespeare, forming a community of scholars and artists who undertake archival study, run studio-based workshops and create public performances.

The first was in summer 2017, when they workshopped excerpts of the Restoration-era “Tempest” at the Sam Wanamaker Playhouse at Shakespeare’s Globe in London.

The second was the full professional production of Davenant’s “Macbeth” at the Folger that began rehearsal in August and ran for three weeks in September.

“I moved to Washington at the beginning of August and then commuted back and forth at the start of the academic year to fulfill my teaching,” says Eubanks Winkler.  “We had three scholars from the U.K. and three scholars from the U.S. who participated in the rehearsal process with us. They developed a set of research questions for the actors, and musicians, and the creative team that could only be answered through them being involved in the production process.”

Eubanks Winkler served as a consultant and the production used a score of witches music by John Eccles from a manuscript in the British Library that she edited in 2004. 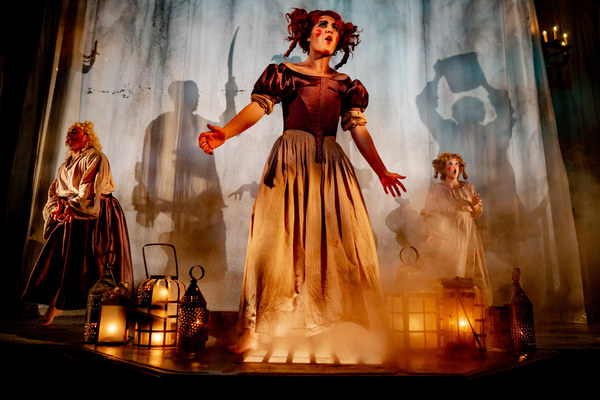 “MacBeth” at the Folger Theater. (Photo by Brittany Diliberto)

The singing witches were referred to by Washington Post music critic Anne Midgette as “the most striking single feature, musically.” Another reviewer described the production as “luminous in every detail.”

Eubanks Winkler and Schoch will take what they’ve learned from the “Tempest” and “Macbeth” performances to plan another performance under the Performing Restoration Shakespeare umbrella: an event for theater companies and producers in July 2019 in London.

“The idea is to have actors and musicians perform some of this material for producers and creative teams looking for creative programming,” says Eubanks Winkler. “We’ll also have some of our collaborators from the Folger there to talk about the pleasures and challenges of staging this material. Our long-term goal is to influence artistic programming and creative practice in theater companies and music ensembles.”

Eubanks Winkler is a general editor for “The Collected Works of John Eccles” (A-R Editions) and has published two critical editions: “John Eccles, Incidental Music, Part 1” (2015) and “Music for Macbeth” (2004). She is the author of “O Let Us Howle Some Heavy Note: Music for Witches, the Melancholic, and the Mad on the Seventeenth-Century English Stage” (2006) and the co-edited volume “Beyond Boundaries: Rethinking Music Circulation in Early Modern England” (2017). She is currently completing another book, “Singing at School: Performance and Pedagogy in Early Modern England.”