The Syracuse University Symphony Orchestra (SUSO) in the College of Visual and Performing Arts’ Rose, Jules R. and Stanford S. Setnor School of Music will present the world premieres of two works by young composers at a concert on Sunday, Oct. 7, at 5 p.m. in the Rose and Jules R. Setnor Auditorium, Crouse College. The concert is free and open to the public.

The orchestra, which performs under the direction of Setnor faculty member James R. Tapia, will premiere “VON” by Setnor alumnus Charles Van Tassel ’18 and “Lyric Symphony” by Emmanuel Sikora. The program also includes Mozart’s “Marriage of Figaro Overture” and Piano Concerto No. 10 for Two Pianos and Orchestra, which will feature Setnor faculty pianists Fred Karpoff and Ida Tili-Trebicka. 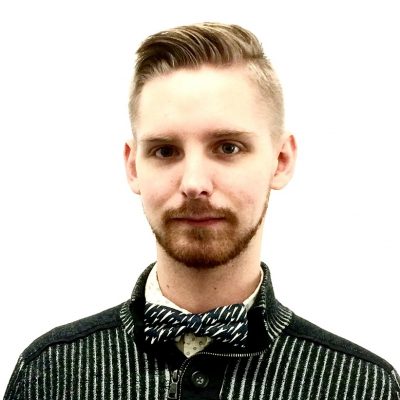 Van Tassel is a New York City-based composer and audio producer who currently creates musical podcasts for the ensemble Contemporaneous and the New York Philharmonic, for which he also composed the podcast’s theme. With a B.M. in music composition from the Setnor School, he is a three-time-commissioned composer of the Society for New Music and recently released an album of musical sound collages under the alias “Wellborn” called “Fear No Art,” pieces from which have been used in film and radio shows in New York, Chicago and Texas.

Van Tassel’s music, both concert and fixed media, has been premiered and radio broadcasted in both the U.S. and in France. Recently he was selected as an artist for Ensemble Mise-En’s Brooklyn Open Studios Festival for new electro-acoustic works for his piece “Crushing Cashews.” Currently he is helping to produce a 60th anniversary documentary film for Lincoln Center for the Performing Arts and is collaborating with contemporary choreographer Jacob Kruty for an upcoming performance in New York City.

Sikora is an active composer and pianist. His recent projects include a piano recital in the Municipal Theatre of Arequipa, Peru; several recording projects of his piano music with Russian pianist Uliana Kozhevnikova; and two recording projects with the L’viv Philharmonic Orchestra in western Ukraine: his opera “Astra” and his Second Piano Concerto. The soloist for the concerto, Orest Kostruba, will be premiering the work with the Ukrainian Festival Orchestra on Dec. 1. 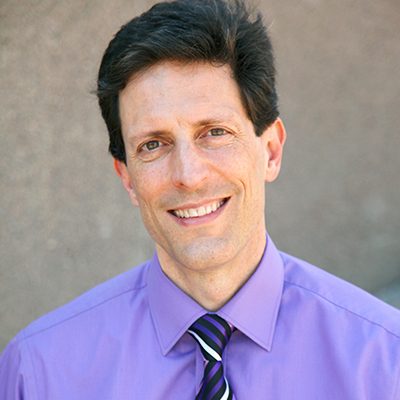 Karpoff has performed as soloist and collaborative pianist on four continents, including venues in Germany, France, Luxembourg, Belgium, Ghana, Zimbabwe, Ireland, Finland, Italy, China and the United States. A former Artistic Ambassador for the United States Information Agency, he is a prize winner in the San Antonio, Dublin and Competition Internationale international piano competitions. As guest artist at music festivals in the U.S. and Europe, he has collaborated with many of America’s foremost musicians. 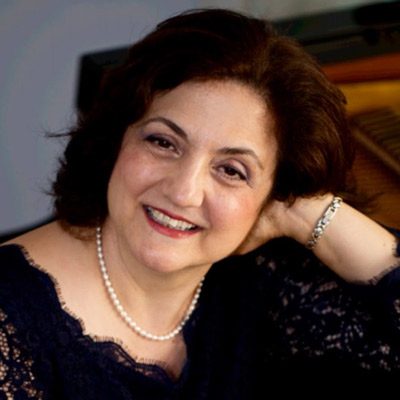 Albanian-born and raised pianist Tili-Trebicka has performed throughout the United States, Europe and China as orchestral soloist, recitalist, chamber musician and collaborative pianist. She has been featured in National Radio-Television, Italian Broadcasting Corporation RAI 2 and on local radio stations WCNY/Syracuse and WBFO/Buffalo. She has performed chamber music concerts with members of Paris, Athens, Rome, Munich and Bari-Italy Symphonic Orchestras and is a recipient of numerous prizes, awards, scholarships and fellowships, including Albania’s most prestigious national piano competition, SUSO Concerto Competition, and the piano prize in the Civic Morning Musicals Competition. Read Tili-Trebicka’s full bio.

For most concert events in Setnor Auditorium, free and accessible concert parking is available on campus in the Q-1 lot. When parking for concert events, please inform parking attendants that you are attending an event at Setnor Auditorium in Crouse College so they may direct you. Campus parking availability is subject to change; call 315-443-2191 for current information or for more information about the concert.

If you require accommodations to fully participate in this event, please contact Michelle Taylor at 315-443-2191 or mjtaylor@syr.edu.