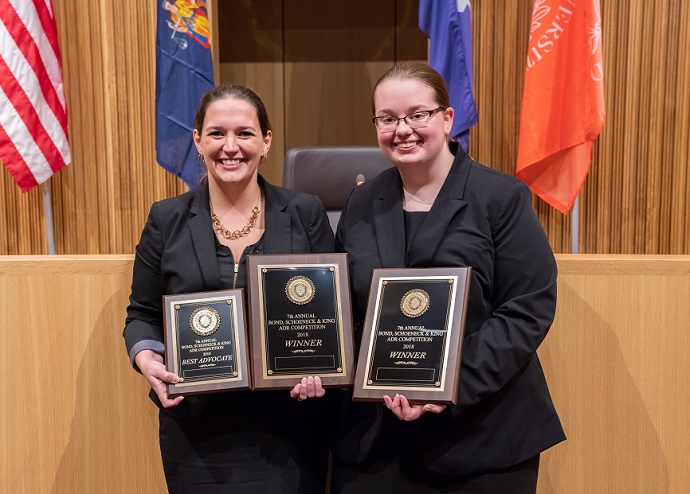 The team of Knickerbocker and Grummons prevailed over other finalists 2Ls Madison Calkins and William M.X. Wolfe.

Organized by the College of Law’s Advocacy Honor Society (AHS), the annual competition is open to two-person teams consisting of second- and third-year law students. The competition gives students an opportunity to practice resolving clients’ conflicts through arbitration, mediation and negotiation. Practitioners evaluate teams over the course of three days of rounds that culminate in a final round that is open to the public.

The final problem—introduced by 3L Kari Gibson, Bond, Schoeneck & King ADR competition director—involved a dispute between two parties involved in a contract to purchased a house that, unfortunately, is infested with snakes. One party had filed a breach of contract suit.

The AHS—led by Executive Director 3L Gabrielle Bull—thanked the team of alumni, professors and other volunteers who judged earlier rounds of the competition.