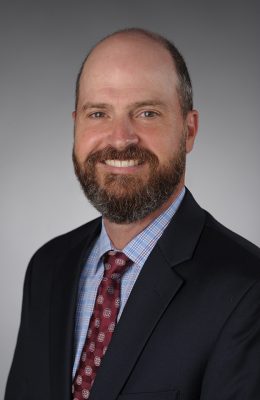 Recognizing his outstanding scholarship and service to the Maxwell School, Leonard Lopoo has been appointed Maxwell Advisory Board Professor of Public Policy.

Lopoo, who joined the Maxwell School in 2003, is a professor of public administration and international affairs, director of the Center for Policy Research, and director and co-founder of the Maxwell X Lab. He is a leading interdisciplinary scholar on social policy, using demography and economics to study low-income families.

“As director of Maxwell’s Center for Policy Research and as co-founder and director of X Lab, Len Lopoo has continuously invested in our students, faculty and staff to ensure that Maxwell is at the leading edge of thoughtful innovation, teaching and research,” says Maxwell Dean David Van Slyke. “Len’s practical application of scholarship has been recognized by the Maxwell Advisory Board and is equally appreciated by his colleagues and our students.”

Lopoo has received funding from the Eunice Kennedy Shriver National Institute of Child Health and Human Development, the National Institute on Aging, the Pew Charitable Trusts, the Smith Richardson Foundation, the U.S. Department of Agriculture and the University of Kentucky Center for Poverty Research.

In addition to his scholarship, Lopoo is considered one of Maxwell’s finest teachers and has been recognized with numerous accolades for his excellence in the classroom. He is a two-time recipient of Maxwell’s Birkhead-Burkhead Teaching Excellence Award (2005, 2017), along with the Daniel Patrick Moynihan Award for Teaching and Research (2009), Syracuse University’s Meredith Teaching Recognition Award (2005) and the Excellence in Graduate Education Faculty Recognition Award (2013).

In 2017, Lopoo helped launch the Maxwell X Lab within the Center for Policy Research. The lab’s primary goal is to partner with public institutions and nonprofit organizations to test and build evidence for policies and programs that actually work. The team leverages behavioral science and randomized controlled trials to design and evaluate different techniques for influencing human behavior and improving outcomes.

A collegiate tennis player at Louisiana State University, Lopoo is in his seventh year as a volunteer assistant coach for the SU women’s tennis team.