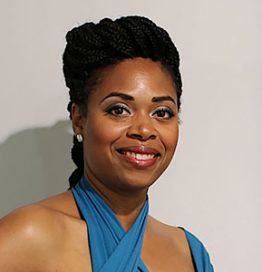 In the Community Folk Art Center (CFAC) exhibition “Salt of the Earth,” LaToya M. Hobbs hopes to spur a dialogue about the perception of Black womanhood. “In thinking about women as ‘preservers’ in service to others, I want to highlight the importance of self-preservation and examine how Black women engage in acts of self-care or the lack thereof,” she says in her artist’s statement.

The exhibition, which feature 15 pieces in a variety of mediums, runs through Nov. 3. An opening reception and artist talk—a conversation between Hobbs and Casarae Gibson, assistant professor of African American Studies (AAS) in the College of Arts and Sciences—will be 4:30 to 7:30 p.m. Friday, Sept. 21, at CFAC, 805 E. Genesee St.

“The pieces in the exhibition hum with energy and evoke dynamism and rhythm,” says CFAC’s outgoing interim director Kal Alston. “The work gives viewers an opportunity to meditate on the role, centrality, vitality and spirit of Black women at a personal, community and global level.”

Alston is also associate dean of academic affairs and a professor of Cultural Foundations of Education at Syracuse’s School of Education and an affiliated faculty member in Women’s and Gender Studies in A&S. She has served as CFAC interim director since October 2016. The center, founded in 1972, is a unit of AAS. 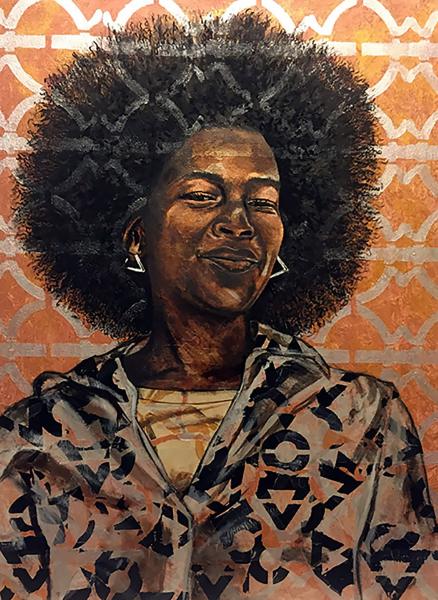 “Salt of the Earth” is part of the Department of African American Studies Colloquium Series and was brought to CFAC by Gibson, an expert in 20th- and 21st-century African American literature and culture.

Hobbs, a native of North Little Rock, Arkansas, earned a bachelor’s degree in studio art with an emphasis in painting from the University of Arkansas at Little Rock and an M.F.A. in printmaking from Purdue University. She is a professor at the Maryland Institute College of Art. Her work has appeared at numerous exhibitions, including at the Tulipamwe International Artists’ Exhibition at the National Art Gallery of Namibia, Windhoek, Namibia (Africa); Prizm Art Fair; Art Basel Miami and the National Wet Paint Exhibition in Chicago. Her work has been featured in Transition: An International Review, a publication of the W.E.B. DuBois Institute for African and African American Research at Harvard University.

Another Hobbs solo exhibition, “Sitting Pretty,” is at Goucher College’s Rosenberg Gallery through Oct. 25. That show features 15 large-scale woodcut and mixed media monotype portraits that “confront European expectations of beauty and hairstyle with boldness, rebellion, self-conﬁdence, and a spiritual consciousness.”

Her CFAC exhibition aims toward “redefining what motherhood looks like in the 21st century for Black women,” Gibson says. The exhibition illustrates “the continued resiliency and beauty of Black women in all of their many manifestations.”