Syracuse University Vice Chancellor and Provost Michele Wheatly announced today the appointment of Chris Johnson, professor in the Department of Civil and Environmental Engineering, to the position of associate provost for academic affairs. The Executive Committee of the Board of Trustees approved the appointment, which is effective immediately. This announcement follows consultation with faculty, University Senators and University leaders about Johnson’s qualifications, depth and breadth of experience, and ability to advance the University’s vision and mission as outlined by the Academic Strategic Plan. 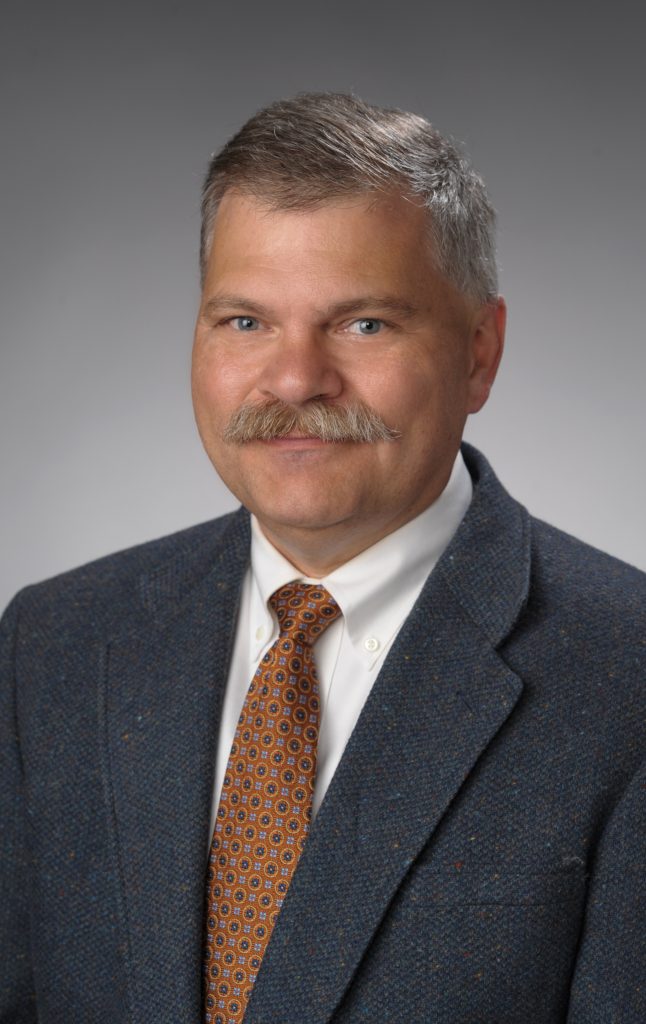 Johnson fills the vacancy created last June after Jeff Stanton stepped down as associate provost to resume his faculty and research role at the School of Information Studies. Johnson has been at Syracuse since 1989 and a member of the faculty in the College of Engineering and Computer Science since 1990.

“Chris Johnson has proven himself as a scholar, teacher and departmental leader, and his passion for excellence across all three realms will be a tremendous asset to the University and to the work of Academic Affairs,” says Provost Wheatly. “This is an exciting time as we build on the success of our Middle States reaccreditation effort and focus on further advancing the strategic priorities of the Academic Strategic Plan. Chris will bring a fresh perspective and energy to these and other key academic initiatives, and I look forward to collaborating with him on this important work.”

Johnson started his career at Syracuse in 1989 as a postdoctoral research associate. He joined the civil and environmental engineering faculty the following year and chaired the department from 2010 to 2014 after serving one year as interim chair. He also served as interim director of the Renée Crown University Honors Program from July 2016 until June of this year. He has served on many committees and task forces within the College of Engineering and Computer Science and across the University.

“I am very excited to be taking on this role,” Johnson says. “This is a great time to be working on academic programs at Syracuse University, with new resources coming from the Invest Syracuse initiative and upcoming fundraising efforts. I look forward to working with students, faculty and the University’s leadership team to achieve the goals set out in the Trajectory to Excellence plan. We have a chance not just to improve the University’s rankings, but to create opportunities for students and faculty to expand significantly the breadth and depth of scholarship and creative work taking place here.”

In addition to serving on the engineering faculty at Syracuse, Johnson has served as a visiting faculty member at Charles University in Prague and Griffith University in Brisbane, Australia. He is involved in a number of research projects in the broad area of environmental chemistry, including work on the fate of trace metals in forest soils and landscapes; the effects of clear-cut logging on soils and drainage waters; and the changing acid-base chemistry of soils historically affected by acid rain. Johnson has served on advisory panels for the U.S. Environmental Protection Agency, the National Academies, the National Science Foundation and the Swedish Research Council.

Ramesh Raina, professor and chair of the Department of Biology in the College of Arts and Sciences and one of several faculty with whom the provost consulted prior to the appointment, says, “I am very excited for Chris to take on this position. I have worked closely with him as a member of the core faculty and his role as interim chair of the Renée Crown University Honors Program. Students, faculty and staff will greatly benefit from his leadership of the academic programs of the University. I look forward to working with him in this role.”

Anne Mosher, associate professor of geography and chair of the Maxwell School’s Citizenship and Civic Engagement Program, cites Johnson’s skill as a collaborator. As a member of an interdisciplinary research team at Syracuse that brought together engineers, natural scientists and social scientists, she says, “Chris operated as a skilled translator between these constituents, who often operate in silos. Because of him, we found common bonds faster and were able to start doing real work together.”

Mosher also cited Johnson’s work as interim director of, and a teacher in, the Honors Program. “I have heard students rave in particular about the honors course he leads on ‘Ancient Aqueducts of Rome,’ ” Mosher says of the multidisciplinary-focused course that culminates in a 10-day trip to Italy and France. “Honors students from the humanities and social sciences really appreciate the ways in which he values their home disciplines and perspectives—even when many of the other students on the trip were engineers.”

Johnson earned a B.S. degree in civil engineering, an M.S. in statistics and a Ph.D. in geology, all from the University of Pennsylvania. He is a member of Phi Beta Kappa and Tau Beta Pi, and was a Fulbright Scholar in the Czech Republic in 1994.

As Johnson transitions to his new position, Wheatly also extended her thanks to Stanton for his service as associate provost for academic affairs for the past two years. “Jeff was indispensable in leading the Universitywide Middle States reaccreditation effort that concluded on such a successful note in June,” Wheatly says. “He also introduced the program review process to the academic leadership, stewarded our shared competencies and oversaw a large number of academic service organizations. I am grateful for his focused leadership on these initiatives and in many other areas. And I look forward to continuing to work with him as a member of the faculty.”

For the Men’s Club Rugby team, the Fall 2021 season followed a challenging year as the pandemic required limitations to practice and play. It was especially difficult as the team started with just eight returning players. While there were experienced…

The deadline for nominations for the 2021-22 Chancellor’s Citation for Excellence has been extended to 5 p.m. on Thursday, Jan. 6, 2022 to give the campus community sufficient time to nominate individuals who have made a significant impact on the…

Inclusive of projects, finals and holidays, the end of the semester often correlates to students’ experiencing rising stress levels. From talking with friends to increasing physical activity, through each individual’s unique wellness journey, they navigate stress as they grow emotional…

The Community Folk Art Center (CFAC) is proud to present “New Beginnings of Life,” a new exhibition of drawings by artist Omari Odom, on view through Jan. 31, 2022 at CFAC, 805 E. Genesee St. An artist’s reception will be…

In support of enhancing student connection and success on campus, the University has launched a mentoring program in partnership with Mentor Collective, an international online mentoring platform. Beginning in the spring 2022 semester, the pilot semester of the Orange Success…