The Syracuse University Human Rights Film Festival (SUHRFF) returns for its 16th year as it once again brings to Central New York an outstanding lineup of critically acclaimed films addressing social justice and human rights in the United States and around the world. 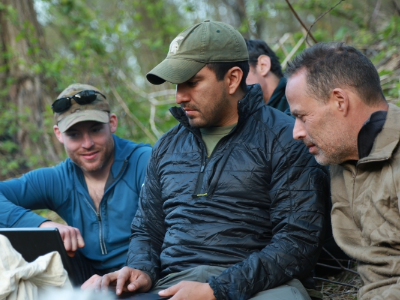 Director Rudy Valdez (center) will introduce and discuss his film “The Sentence” (2018) at SUHRFF.

The Sept. 27-29 festival is part of the 2018-19 Syracuse Symposium, whose theme is “Stories.” SUHRFF is co-presented by the Syracuse University Humanities Center in the College of Arts and Sciences and the S.I. Newhouse School of Public Communications. An interdisciplinary event, SUHRFF embodies the spirit of One University—achieving even greater things at the University through the work of many disciplines. 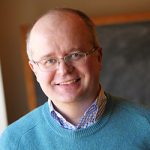 “This year’s Syracuse Symposium theme of ‘Stories’ is a perfect match for our festival,” notes Roger Hallas, associate professor of English and co-director of the festival, “because effective storytelling is foundational to both human rights activism and filmmaking. The films we have selected for this year’s festival embrace a rich and creative range of narrative techniques for illuminating and engaging vital struggles for peace, justice and human rights.” 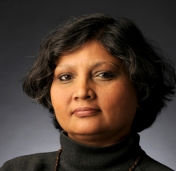 All screenings are free and open to the public. DHH accommodations will be provided. For more information, visit suhrff.syr.edu.

SUHRFF opens on Thursday, Sept. 28, at 7 p.m. in the Joyce Hergenhan Auditorium, Newhouse 3, with a screening of “The Sentence” directed by Rudy Valdez. Premiering earlier this year at the Sundance Film Festival, where it won the Audience Award for U.S. Documentary, the film offers an achingly powerful story of the long-term effects of mandatory prison sentences as Valdez turns his camera to document his own family story. Valdez will introduce the film and participate in a Q&A.

“We’re thrilled to bring this compelling film and its director to open our festival,” says Tula Goenka, professor of television, radio and film in the Newhouse School and co-director of the festival. “While several recent documentaries, such as Ava DuVernay’s ’13th,’” have mounted powerful political arguments for prison reform, none can match “The Sentence” in the intimacy with which it reveals the impact of draconian judicial policies on American families.”

The theme of stories further resonates in “On Her Shoulders,” which screens on Friday, Sept. 30, at 7 p.m. in the Joyce Hergenhan Auditorium, Newhouse 3. Alexandria Bombach’s award-winning film (Sundance, SXSW and Hotdocs) offers a searing exploration of the survivor’s burden to bear witness as Yazidi genocide survivor Nadia Murad travels the world to tell her traumatic story in numerous demanding public contexts to generate international response to her community’s urgent peril. The screening will be followed by discussion with Kelsea Carbajal and Margaret Mabie, members of the Syrian Accountability Project in the College of Law, which recently published a report on the Yazidi Genocide.

The festival continues on Saturday afternoon at Shemin Auditorium in the Shaffer Art Building with screenings of “Call Her Ganda,” about the murder of a Filipina trans woman by a U.S. marine; “I Dream in Another Language,” a poignant drama about the threatened loss of an indigenous language in Mexico; and “White Sun,” a sensitive fictional exploration of the legacies of Nepal’s brutal civil war on its communities.

The film festival is co-sponsored by the David B. Falk College of Sport and Human Dynamics, the School of Education; the Department of Languages, Literature and Linguistics; the Citizenship and Civic Engagement Program; the International Relations Program; the Latino-Latin American Studies Program; the Native American and Indigenous Studies Program; the Program for the Advancement of Research on Conflict and Collaboration (PARCC); the Disability Cultural Center; the LGBT Resource Center; and the South Asia Center.

All films are either open-captioned or subtitled in English. Communication Access Realtime Translation (CART) will be available at all screenings for the introductions and discussions. For other accommodations, contact Kristen Northrop (kmnorthr@syr.edu or 315.443.7358) by Sept. 21.

Full information can be found on the festival website: suhrff.syr.edu.

The festival schedule includes the following:

“I Dream in Another Language”
Ernesto Contreras
(Mexico/Netherlands, 2017, 104 min., Spanish and Zikril with English subtitles)
4 p.m., Shemin Auditorium, Shaffer Art Building
In a remote Mexican community, a young linguist seeks to document an indigenous language before its last two speakers pass away, but discovers the trauma of lost love stands in his way.

A student team from the College of Visual and Performing Arts’ course DES 204: Creative Problem Solving in the School of Design won a silver award in the Creative Conscious Competition, an international platform that allows students to compete by…