OnStage Blog has ranked Syracuse University on its top 25 lists for bachelor of fine arts (B.F.A.) degree programs in acting, musical theater and theater design and technology. The ranked programs are housed in the College of Visual and Performing Arts’ Department of Drama. 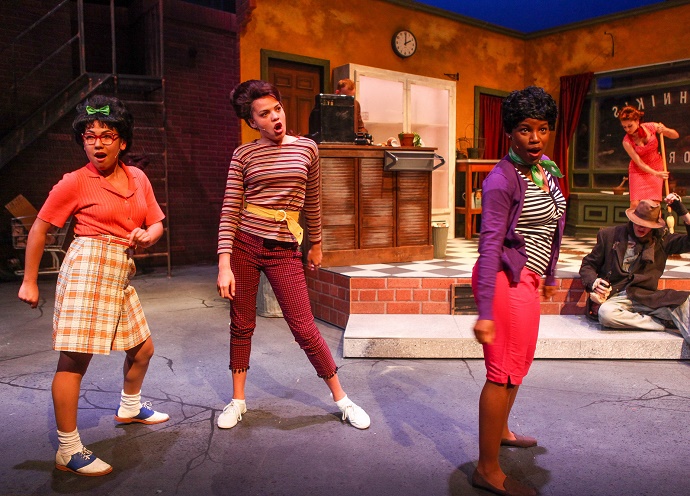 OnStage included the drama department’s B.F.A. acting program on its list of the “Top 25 B.F.A. Acting/Performance Programs for 2018-19.” The program takes full advantage of the resources provided by the drama department faculty and the department’s relationship with Syracuse Stage, a professional theater, to offer emerging theater artists with rigorous training in performance technique, text analysis, creative improvisation, voice, speech and movement.

The drama department’s B.F.A. program in musical theater was listed on OnStage’s “Top 25 B.F.A. Musical Theatre Programs for 2018-19.” This rigorous program requires coursework in three areas of performance—singing, dancing, and acting—as well as foundations in liberal arts and theater history to help students discover their uniqueness as musical theater artists.

For the second year in a row, the drama department’s B.F.A. program in theater design and technology was listed on OnStage’s “Top 25 B.F.A. Theatre Design & Tech Programs for 2018-19.” The program combines classroom and hands-on learning experiences. Students interested primarily in design can specialize in such areas as set design, costume design and lighting design, while students interested in the technical aspects of theater can explore scene construction or painting, lighting, properties, costumes or sound design.

According to OnStage Blog, Syracuse’s programs ranked high because of the department’s facilities, which are shared with Syracuse Stage. For the acting and musical theater rankings, the blog also cited the various production opportunities that students may audition for after their first year, including department main stage productions, Syracuse Stage co-productions (for which students may earn Equity points) and numerous student- and faculty-sponsored productions.