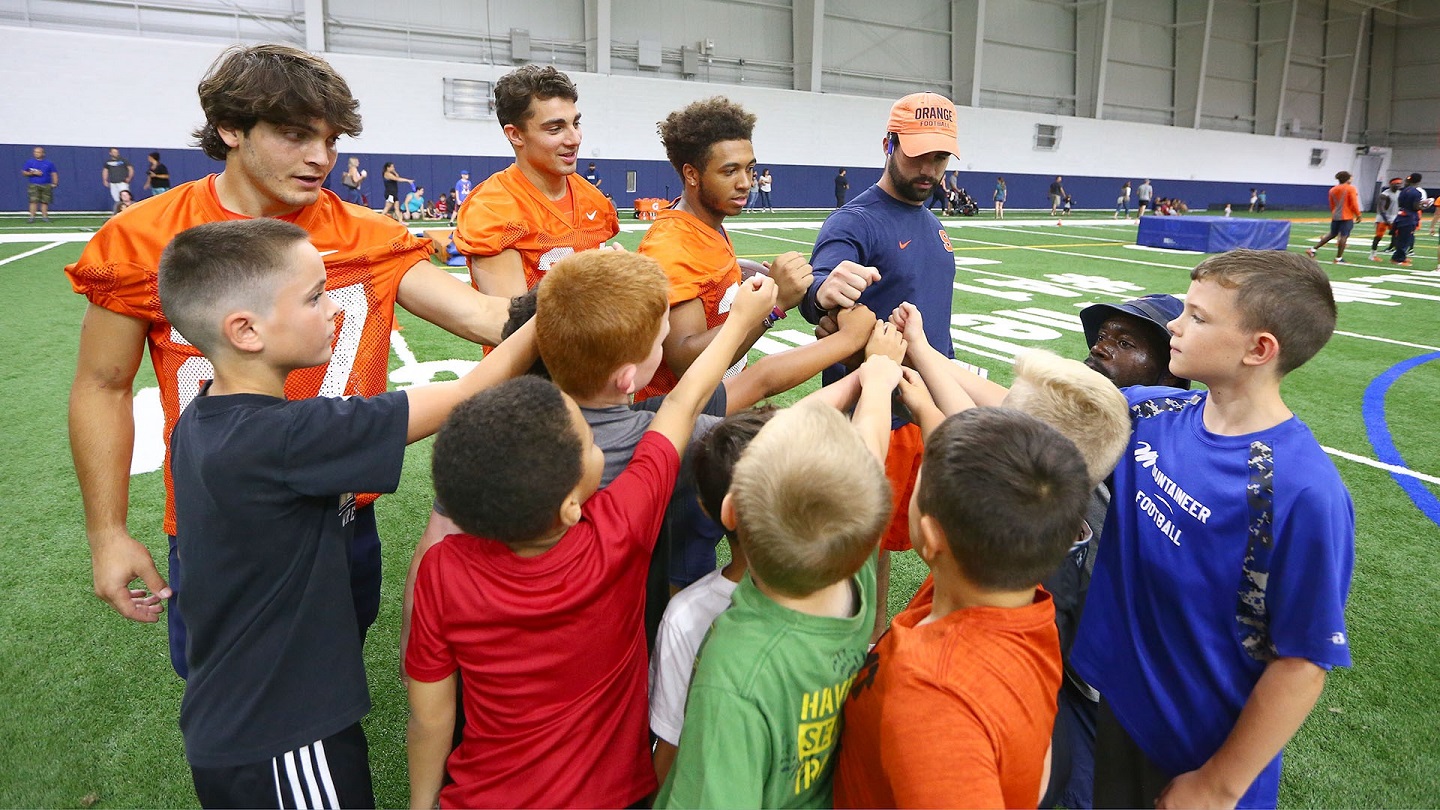 For the second year in a row, more than 60 children of military families were welcomed onto campus Sunday by the Syracuse Orange football team for Fort Drum Youth Football Day—a session exclusively for youth football players whose family members serve in the U.S. Army’s 10th Mountain Division stationed at Fort Drum.

The day camp, part of the University’s longstanding commitment to veterans and the military-connected, gave the young players a chance to watch a pre-season practice, test their skills with drills run by the SU players and get autographs. The children presented a signed Fort Drum Mountaineers helmet to the Orange, which was accepted on behalf of the team by senior quarterback Eric Dungey and redshirt senior defensive tackle Chris Slayton.

“Syracuse has taken a number of important steps to enhance its offerings and expand academic opportunities for military-connected students and families,” says Vice Chancellor and Institute for Veterans and Military Families (IVMF) Executive Director Mike Haynie. “The burden of service on military families is significant. They make extreme sacrifices for our country and face unique stressors as a result. To host these kids, introduce them to our athletes and give them a special, fun experience is the least we can do.” 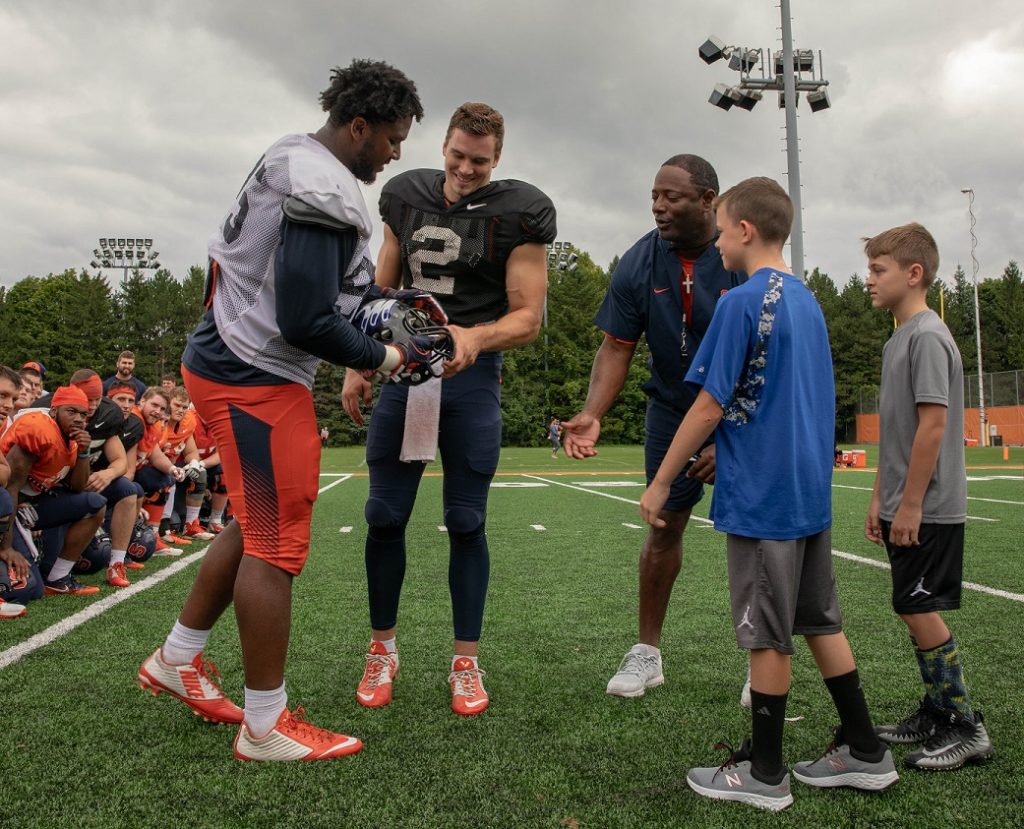 Fort Drum Youth Football Day gave the young players a chance to watch a pre-season practice, test their skills with drills run by the SU players and get autographs.

Sunday’s event aligns with and supports Chancellor Kent Syverud’s commitment to make Syracuse University the “best place for veterans.” The objective is supported by a series of strategic initiatives, including the creation of the Office of Veteran and Military Affairs and IVMF. The University is furthering that commitment with construction of the National Veterans Resource Complex, a first-of-its-kind multi-use facility dedicated to advancing academic research, programming and community-connected innovation serving the social, economic and wellness concerns of the nation’s veterans and families.

Sunday’s event is one piece of the overall Syracuse Athletics Military Appreciation Program, which includes the “Cuse for the Troops” ticket program where tickets can be purchased to send military members or veterans to the Military Appreciation game on Sept. 22 for free, and the “Military Pass,” which grants active-duty military personnel and veterans two complimentary tickets to a home football game during the 2018 season. Complimentary tickets are available for Syracuse’s Oct. 20 game against North Carolina during Orange Central Weekend and the Nov. 9 game against Louisville. 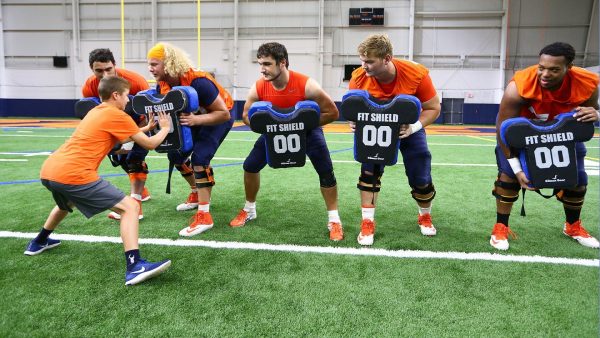