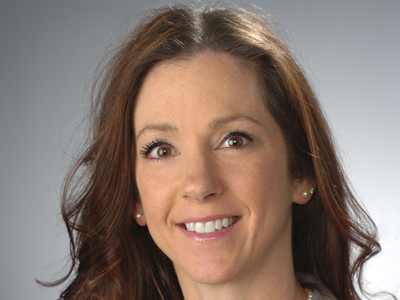 Educational disparities in U.S. adult health are the focus of a presentation by a Syracuse University professor at the 2018 Annual Meeting of the American Sociological Association (ASA) in Philadelphia.

Jennifer Karas Montez, professor of sociology in the Maxwell School of Citizenship and Public Affairs, will discuss inequalities in adult mortality across all educational levels. She and co-authors Mark D. Hayward and Anna Zajacova—professors at The University of Texas at Austin and Western University, respectively—also will explore how these inequalities differ across U.S. states. They will present their findings on Aug. 14.

According to Karas Montez, disparities in U.S. adult health are large and growing. “Adults living in certain American states suffer from more illnesses and more disability, as well as die sooner than residents of others,” says the 2018 Andrew Carnegie Fellow, who also teaches in the College of Arts and Sciences. “Despite considerable research, the cause of such disparity and the strategies used to shrink it are poorly understood. This knowledge gap reflects the individualist paradigm in U.S. studies, with its focus on individual behaviors at the expense of economic policies.”

Karas Montez is an expert in the “social causes” of death and disease. She is particularly interested in how one social cause—educational attainment—intersects with gender and geography. Thus, her work covers a large swath of scholarly activity, from trends in life expectancy, according to educational level; to how U.S. states influence the health and longevity of their residents; to the way childhood experiences shape health and longevity in adulthood.

To accomplish this, she and her colleagues draw data from large national surveys, which they analyze with various demographic and statistical methods.

“In the year 2000, differences in life expectancy across the United States were larger than those of such high-income countries as Germany, Australia and Japan,” explains Karas Montez, who considers herself a “big-picture sociologist and demographer.” “These differences have been growing since the 1980s, and have been especially troubling for lower-educated U.S. women, whose life expectancy has declined.”

The reasons for this disparity are many. One explanation is that U.S. states differ in their policies and in the characteristics of their populations. Karas Montez illustrates this point by comparing Mississippi and Massachusetts.

“People living in Mississippi, where the mortality rate is high, are more likely to be black and less educated than those in Massachusetts, which has a relatively low mortality rate. Being black or less educated [in the United States] increases one’s risk of death, because of discrimination, poverty, regressive tax policies and other factors,” says Karas Montez, also the Gerald B. Cramer Faculty Scholar in Aging Studies and a faculty associate in the University’s Aging Studies Institute.

Karas Montez points out that the mortality rate is usually lower in states (e.g., New York and Massachusetts) that impose a hefty excise tax on cigarettes, implement their own Earned Income Tax Credit (EITC), have participated in the Affordable Care Act’s Medicaid expansion and do not preempt local health-promoting legislation.

This is in contrast to states (e.g., Mississippi) that have a negligible cigarette tax, do not offer an EITC, have not participated in Medicaid expansion and often preempt local health–promoting legislation.

Educational attainment and state-specific policies undoubtedly affect life expectancy, Karas Montez says. She cites a recent study that found a 25-year-old, white male could expect to live up to 70 without a high school diploma, whereas his life expectancy could jump to 82 with a college diploma.

“People with more schooling tend to be employed in jobs that they enjoy and that stimulate their minds. They also marry and stay married, have large and beneficial social networks, feel in control of their lives, and engage in healthy behaviors, such as exercising and avoiding tobacco,” says Karas Montez, director of the University’s Policy, Place and Population Health Lab. “Education teaches people how to navigate modern society and look after themselves and their families.”

True for almost anyone, regardless of where he or she calls home. “A college degree is like a personal firewall. One can take it just about anywhere and experience large benefits for health,” she adds.

Conversely, low levels of education disrupt health and longevity, especially within certain U.S. states. Karas Montez explains that less educated people often feel the pinch of not having a large bucket of social and economic resources at their disposal. Characteristics of certain U.S. states, such as income inequality, lax tobacco control policies and gaps in Medicaid coverage, exacerbate matters.

“The characteristics of states matter much more for women’s mortality than men’s,” she concludes. “This makes sense, given that women are more likely than men to raise children on their own, live in poverty, care for aging parents and interface with the public health care system. If a woman is lower-educated and resides somewhere with few social or economic resources, she is at a disadvantage.

“Better health for all Americans means equal access to quality education, measures aimed at closing income gaps and initiatives for fighting tobacco or drug use.”

Karas Montez is part of a team of 19 researchers from the University presenting at ASA Annual Meeting (Aug. 11-14), whose theme this year is “Feeling Race: An Invitation to Explore Racialized Emotions.” The meeting, which draws more than 5,000 attendees, features over 3,000 research papers and invited sessions