This fall semester, two Syracuse University College of Law students will play their part in a judicial appointment that has the potential for momentous political, social and historical significance. 3L Kristina Cervi and 2L Emily Green will be working for the U.S. Department of Justice (DOJ) Office of Legal Policy (OLP), helping with the confirmation process for U.S. Supreme Court nominee the Hon. Brett Kavanaugh.

“This is an exceptional opportunity for both students,” says Faculty Director of Externships Professor Terry L. Turnipseed. “OLP is a highly prestigious division within DOJ. Most of the office’s attorneys have had Supreme Court clerkships.” 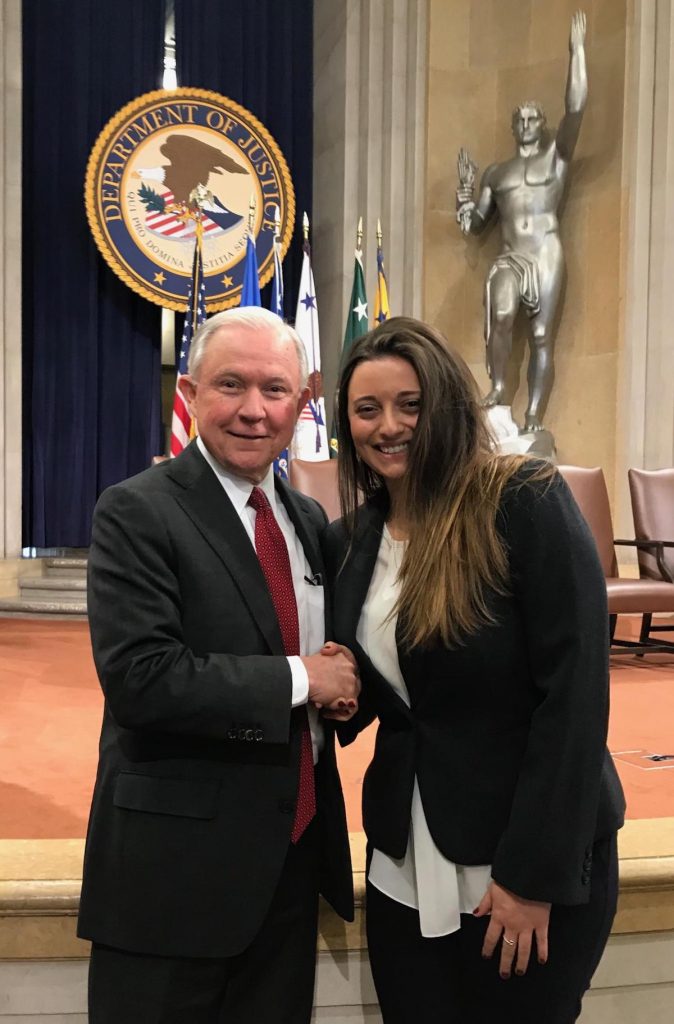 Turnipseed says that Cervi’s opportunity came via the College of Law’s Washington, D.C., Externship Program (DCEx). Thanks to the support of Turnipseed, Cervi externed at OLP during the Spring 2018 semester, working on nominations of federal courts of appeal judges. “Both the judges and OLP were very impressed by Kristina’s intelligence and dedication,” notes Turnipseed. “In fact, it is possible she will be offered a clerkship from a judge she helped prepare for his confirmation hearing.”

“When Judge Kavanaugh was nominated,” continues Turnipseed, “OLP reached out to Kristina to ask if she could rejoin them in August to work on the nomination. The attorney in charge of hiring externs specifically mentioned her performance and work ethic.”

Turnipseed says that it became clear that OLP was seeking additional interns to work on the project. “I recommended second-year student Emily Green, and after several interviews she was hired, pending her background check.”

Led by Assistant Attorney General Beth A. Williams, OLP describes itself as the DOJ’s “think tank.” Its activities include legal policy and regulatory development, special projects, and assisting the president and the attorney general with the selection and confirmation of federal judges. 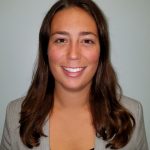 For Green, the call to serve came as a surprise. “I had already registered for classes and was ready to go back to school in the fall when Professor Turnipseed came to me with this opportunity,” she says. “I realized I could not pass up a chance to work with a Supreme Court nominee. I got through the interviews, switched out my classes, and my dad drove me down to D.C. two weeks later.”

Adds Green, “I am grateful for the chance to work with such accomplished attorneys and do not take the honor lightly. I will work hard and do my best to further the college’s reputation so that future Syracuse externs get the chance to compete at this high level.”

“OLP is the ultimate place to observe the cross-section of law and policy,” says Cervi. “Having already externed there for five months, I have worked on numerous federal judicial nominations in addition to national security and violent crime policy initiatives, but nothing quite like a Supreme Court nomination.”

When she returns at the end of August, Cervi says the work environment will become “all-hands-on-deck.” “Every attorney has one mission in mind, the successful confirmation process for a new associate justice of the Supreme Court,” she adds. “Working on this nomination requires attention to detail as we review Judge Kavanaugh’s extensive history as a jurist and prepare him for his day before the Senate Judiciary Committee.”

Cervi credits the College of Law’s Externship Program with giving her this once-in-a-lifetime opportunity. “DCEx has allowed me to be a part of something truly much bigger than myself.”

Most likely, explains Turnipseed, Cervi and Green—in addition to helping to review Judge Kavanaugh’s numerous judicial opinions—will help prepare written answers to Senate questions; work directly on mock confirmation hearings (“the so-called ‘murder boards,’” explains Turnipseed); and attend his confirmation hearing. “They also likely will interact directly with the judge and possibly even be present for his investiture ceremony at the White House, should he be confirmed.”

“Working on this historic Supreme Court nomination will be a truly special experience for both Kristina and Emily, and no other law school will have more than one legal extern working on the nomination,” Turnipseed observes. “Their achievement is a credit to our externship program and Syracuse students more generally. When our students get their chance, they crush it!”

Syracuse Law Symposium to Address the Threat of ‘Executive Authoritarianism’

University Professor David Driesen’s important new book—”The Specter of Dictatorship: Judicial Enabling of Presidential Power” (Stanford, 2021)—reveals how the U.S. Supreme Court’s presidentialism threatens democracy and what the United States can do about it. To celebrate the publication of the…

The 61% Project added a significant addition to its growing number of honors this past Friday when it was announced as the winner of the Newhouse School’s first-ever Online Journalism Award (OJA). Presented by the Online News Association, the OJAs have become the premier…

In Memoriam: Vernon L. Greene, Pioneer in the Interdisciplinary Study of Aging

Professor Emeritus of Public Administration and International Affairs Vernon Greene, who passed away on Oct. 10 at the age of 77, saw the aging process as much more than a person getting old, and his vision helped build Syracuse University’s…

College of Law alumnus Brian J. Gerling is the new executive director of the Innovation Law Center (ILC). Gerling, who brings nearly two decades of intellectual property and commercial litigation experience to the role, takes the helm from M. Jack…

Students in the new media management master’s program at the Newhouse School now have the opportunity to learn and work with one of the country’s leading technology and digital media gurus. Shelly Palmer, CEO of The Palmer Group, is joining…