Fred Easton, professor of supply chain management in the Martin J. Whitman School of Management, passed away June 29. He was 68. 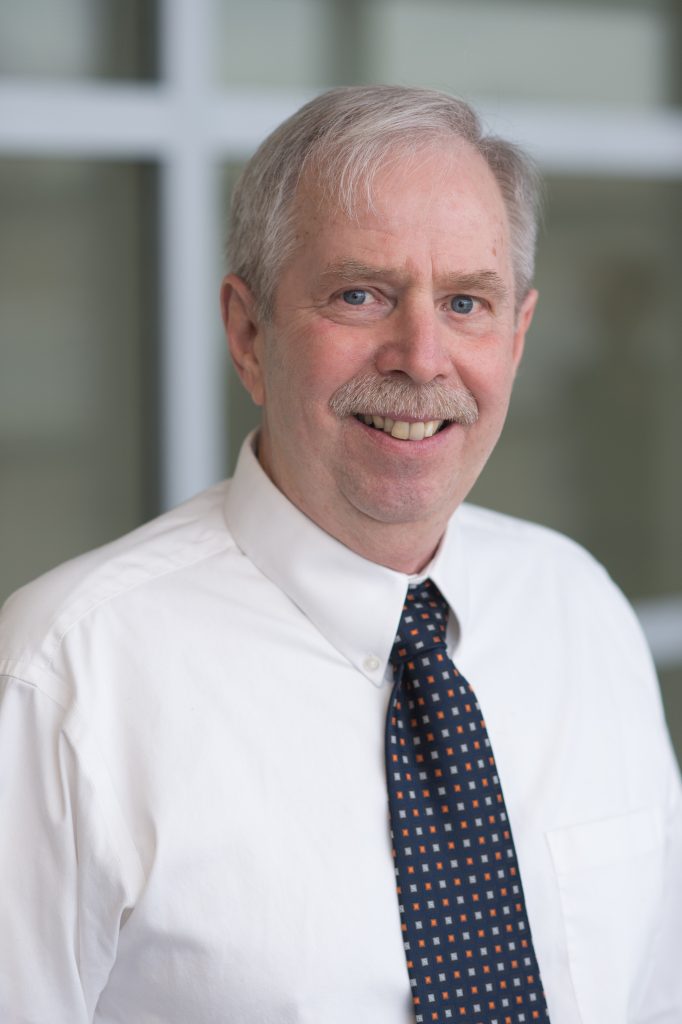 Easton, who was born in Sarnia, Ontario, and grew up in Port Huron, Michigan, and later Salinas, California, studied business administration at California State University in Fresno, where he went on to earn an M.B.A. In 1971, his senior year at Fresno State, he met his future wife, Sally Jo; their memorable first date involved catching frogs in preparation for a frog-jumping competition in Calaveras County. He worked for Pacific Gas and Electric before returning to academia.

After earning his Ph.D. in operations management at the University of Washington, and being named a Boeing Fellow in 1982 and an Edna Benson Fellow in 1983, Easton went back to Fresno to teach before moving across the country with his family to come to the Whitman School in 1986. During his years on the West Coast, he developed a lifelong passion for cycling, sailing, skiing, camping and flying planes. He also acquired a 1967 Volkswagen Beetle, which he brought with him to Syracuse and lovingly restored over the years. It was one of his hallmarks on the Syracuse University campus.

With a focus on operations and labor scheduling in supply chain management, Easton authored nearly two dozen papers on the subjects. His most recent work, “Swarm Staffing for Inpatient Respiratory Care,” published with Gary La Point, professor of supply chain practice, and Russell Acevedo, M.D., medical director of the intensive care unit and respiratory care at Crouse Hospital, was a semi-finalist for the Franz Edelman 2016 Award, a prestigious award recognizing academic papers that have the potential for significant impact on practice. This paper was also accepted to the ninth annual European Decision Sciences Institute Conference in Udine and Venice, Italy, last month.

Easton also helped to organize the Biennial Workshop on Information Intensive Services, which was most recently held at the Whitman School Sept. 22, 2017. The event brought together the region’s academics and practitioners to discuss the current challenges and opportunities in professional and other information intensive services.

During his tenure, Easton mainly taught master’s and doctoral students. As director of the Robert H. Brethen Operations Management Institute, he spent time sponsoring and organizing site visits for students and sponsoring projects on current topics, resulting in published research. He also supported student certifications, including the American Association of Production and Inventory Control Society (APICS) and Council for Supply Chain Management Professionals (CSCMP) certifications. He was named an Outstanding Associate Editor by Decision Science in 2013.

An avid cyclist throughout his life, Easton logged about 1,500 miles per year. This mileage included his bike commutes to the office, training rides and annual races, like the Highlander Cycle Tour around Canandaigua Lake. He enjoyed traveling Europe with his wife and daughters, staying abreast of current events, and was virtually unbeatable in family games of ping pong and Scrabble. 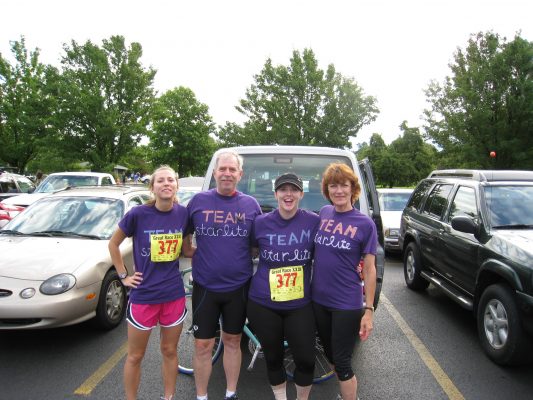 Fred Easton and his family

His family says they will remember him as an immensely curious, hard-working, humble and brilliant man who was supportive and kind to everyone he encountered.

His 32 years of service at Syracuse University will be fondly remembered by his colleagues and friends; his family recalls that he loved his work and his Whitman family.

“Fred was a selfless human with impeccable core values,” says Raja Velu, professor of managerial statistics. “He was devoted to all his commitments; he adored his family and was very proud of their accomplishments. He was a dedicated teacher; he was a model colleague, always willing to help.”

“Fred truly loved his work as a professor. He spent numerous hours with graduate students describing the details of operations and supply chain management planning techniques,” says Burak Kazaz, the Steven Becker Professor of Supply Chain Management. “When I recall visiting Fred and stopping by his office, I often found him working with graduate students in one of the seminar rooms. I was always impressed with his dedication to training.”

Easton is survived by his wife of 43 years, Sally Jo, his two daughters, Kathryne and Jennifer, his brothers, George and Tim, and his nieces and nephews.

A Celebration of Life will be held Saturday, Aug. 11, at 1 p.m. in Flaum Grand Hall at the Whitman School. The following day, on the morning of Aug. 12, family and friends of Easton will participate in the Great Race, a team triathlon in Auburn, New York, in which he competed as the team cyclist with his family for 15 years.

“Dad was always spreading the word about the Great Race and encouraging friends, family and others to participate,” says his daughter, Jennifer. “We can think of no better way to honor him than showing up on the course in great numbers this year.”

To register, visit the application on the Great Race website and email Jennifer at jenniferm.easton@gmail.com so she can coordinate a meet-up and group photo.