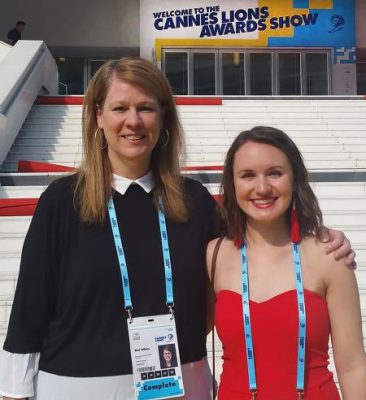 “This award, the events we participate in and the connections we make will make Newhouse even better known for its ability to create powerful and impactful advertising,” says Alek.

Of the 65 winning entries from the 13 years since the award’s inception, only five U.S. programs have won a Cannes Future Lion, with the remaining U.S. winners being from a graduate advertising program and specialized portfolio or art schools.

“Winning the prestigious award represents a critical milestone of our department’s curriculum,” says advertising department chair James Tsao. “It has set up an excellent benchmark for more students to challenge themselves and, hopefully, to earn high-caliber awards in the near future.”

The Cannes Future Lions competition is run by the digital advertising agency AKQA in conjunction with the Cannes Lions International Festival of Creativity. The Cannes Future Lions’ brief for the past few years has been: “Connect an audience of your choosing to a product or service from a global brand in a way that wasn’t possible three years ago.”

Alek and Li’s winning digital idea tackled the brief by using new technology for TrashScan. The app would use Google Lens’ new AI-powered technology to scan people’s trash and then, using geolocation, would indicate if and how to recycle that trash item in that area. The goal of the app’s broad use would be to reduce landfill use. According to the TrashScan video, 60 percent of the material in landfills could have been recycled.

“Recycling is very important,” says Li. “People know they need to recycle, but they just don’t know how. Germany did the greatest job with a recycling rate of 65 percent. The U.S. is only around 35 percent.”

In Alek and Li’s case study video for TrashScan, they posit that the barrier to proper recycling isn’t a lack of awareness, but rather easy-to-understand instructions on exactly how to recycle these items; the TrashScan app would provide that information. 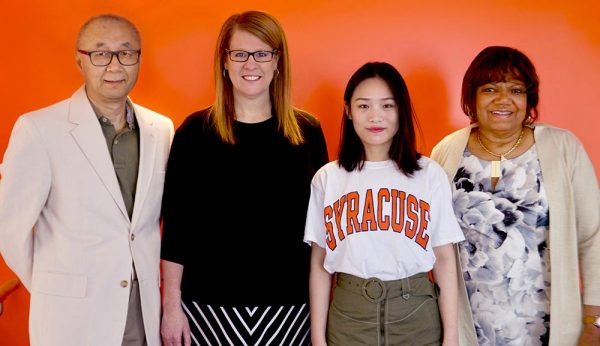 “I chose the Cannes Future Lions brief,” says White, “because it provides students with an opportunity to envision how new technologies can be used to solve real-world problems. Furthermore, engaging the challenge of the Cannes brief often results in exponential creative growth in students from this one assignment, which really helps them get prepared for working in the industry. And often students’ answers to the Cannes brief result in several excellent portfolio pieces that rival the kind of work seen in top-tier portfolio school portfolios.”

AKQA and Cannes provide Future Lions winners with lodging for and full-access passes to the week-long Cannes Lions International Festival of Creativity. Winners also have the opportunity to attend presentations given by top industry professionals and have their winning work presented to the students of the Roger Hatchuel Academy at Cannes Lions.

TrashScan and the other four Future Lions award-winning entries are currently featured in the advertising industry’s two top publications, Ad Age and Adweek.