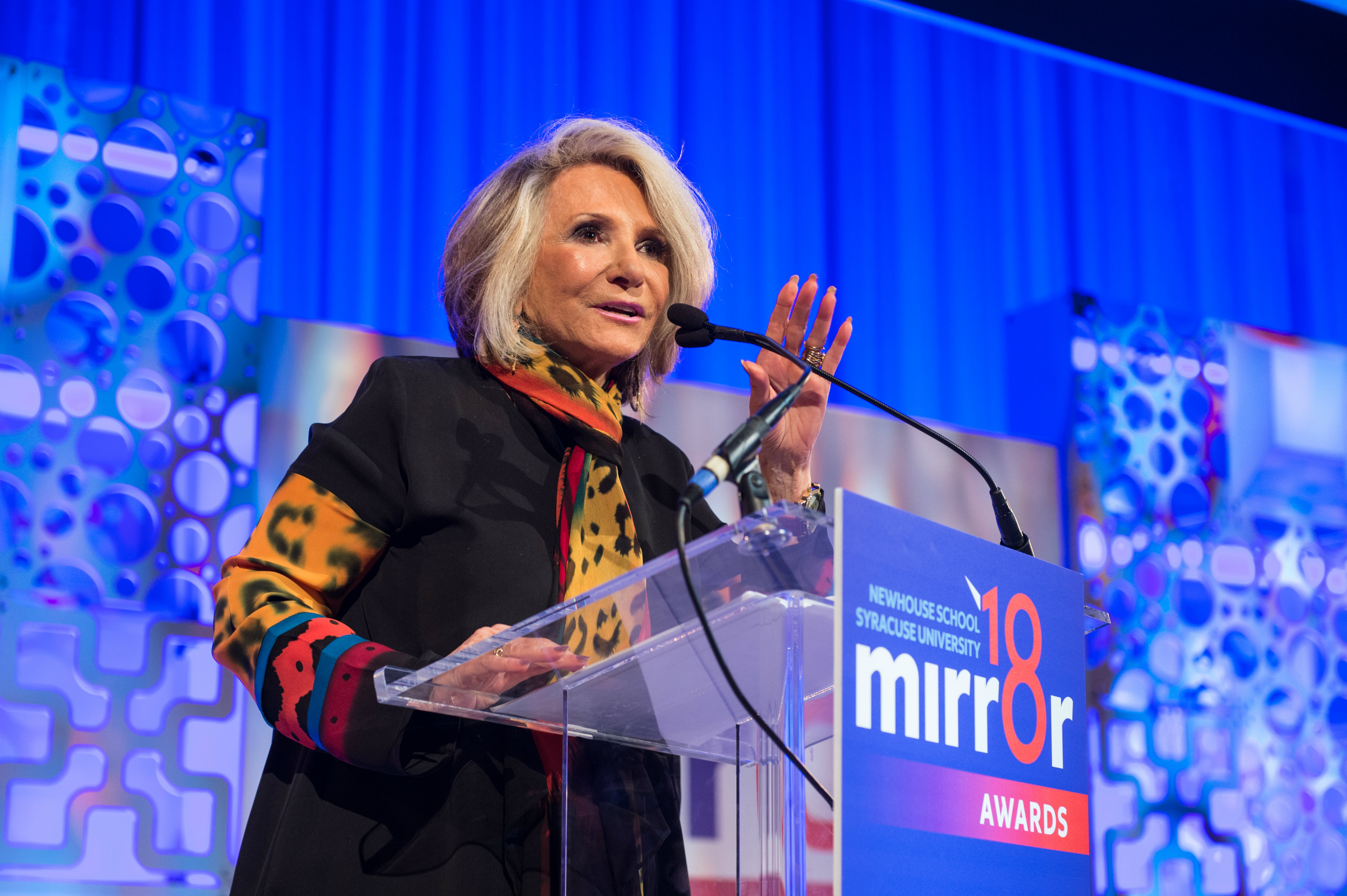 Winners in the 12th annual Mirror Awards competition honoring excellence in media industry reporting were announced June 12 at a ceremony in New York City hosted by the Newhouse School. Kimberly Brooks, anchor and correspondent at Fusion TV, was master of ceremonies at the luncheon event, which was held at Cipriani 42nd Street.

Jack Shafer and Tucker Doherty for “The Media Bubble Is Worse Than You Think,” Politico

BEST STORY ON SEXUAL MISCONDUCT IN THE MEDIA INDUSTRY

Ronan Farrow for a series of investigative pieces on Harvey Weinstein, The New Yorker

The school also honored NPR with the i-3 award for impact, innovation and influence. CEO Jarl Mohn accepted the award, and Robert Siegel, former senior host of NPR’s “All Things Considered,” presented.

In addition, Newhouse recognized “60 Minutes” for 50 years of excellence in broadcast journalism. Jeff Fager, the show’s executive producer, accepted the recognition, which was presented by Newhouse Dean Lorraine Branham.