The Palitz Gallery presents “Accidental, Elemental, Abstraction: Minna Citron” now on view at the Palitz Gallery, located in Syracuse University’s Lubin House at 11 E. 61st St., New York City. Exhibition hours are Monday-Friday, 10 a.m. to 5 p.m., with the exhibition running through Aug. 16 but closed July 4. It is free and open to the public. Contact 212.826.0320 or lubin@syr.edu for more information. 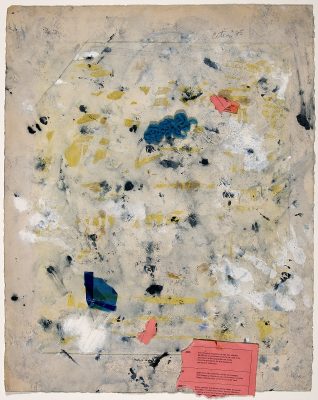 This will be Citron’s first solo exhibit in New York City since she died on Dec. 21, 1991, at the age of 95. The last solo display of her work in New York City was in January 1990. This exhibition includes works that have never been exhibited and were graciously donated by the Citron estate to Syracuse University Art Galleries.

Viewers will have the rare opportunity to view pieces that show the artist’s love of experimentation with different media and how Citron’s style continually evolved even into her 90s.

“It is special to have this exhibit now on Minna’s home turf,” says Christiane Citron, Minna’s granddaughter and art curator. “Although she exhibited and lectured around the world, she was emphatic that she was a creature of the city. Some of these pictures have never been exhibited before, and most haven’t been exhibited in New York for decades.”

There are 19 works in the exhibition including mixed media, embossing, photo-etchings, screen-printing and more. “I hope viewers will enjoy her playfulness with materials, as well as in the titles she chose for the pieces,” says Citron. “I am proud of Minna, and so pleased to have this wonderful opportunity to show off her remarkable creativity. I am particularly thrilled that this exhibit shows the diverse range of her work, and I know that she would be pleased about that too.” 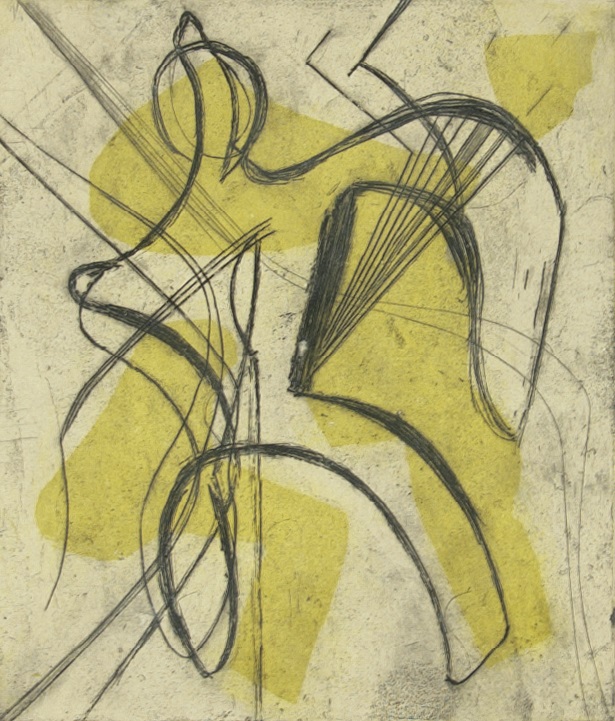 “Minna Citron’s long career was characterized by an unending curiosity and willingness to use a wide variety of media in her objects,” says David Prince, associate director and curator of collections at SUArt Galleries. “The Syracuse University Art Collection acquired its first Citron in 1964, ‘Nutation,’ 1963, an etching and aquatint included in this exhibition. From 2015-16, Christiane Citron donated 58 pieces to the collection. Her large gift made this exhibition possible and created a group of objects that offer an intriguing examination of an unusually talented avant-garde artist.”

Minna Citron, an inquisitive creative, attended the Brooklyn Institute of Arts and Sciences and the New York School of Applied Design for Women before heading to the Art Students League in 1928. At the League, Kenneth Hayes Miller, who encouraged his students to examine and learn the techniques of Old Master artists, inspired Citron.

“He told her she ‘would lose her following’ by turning to abstraction,” says Christiane Citron. “She said she told him she didn’t care, she hadn’t devoted her life thus far to creating art because of what other people thought, that she had to do what she had to do. She was willing to jeopardize the significant national reputation she had developed by then as a representational artist and muralist in the New Deal.”

Throughout her evolving career, Minna Citron was adamant that she not be pigeonholed into one kind of art or one label. The artist even penned an essay about her uncharted course.

“Minna was deeply absorbed in exploring the process of making art, and expressing the unconscious, with a stress on spontaneity,” says her granddaughter. “She wrote and lectured about that. She did not want to repeat what she had already done. The greatest scorn she had was for artists who did the same thing over and over.”