James Clinton Brower, 83, of Jamesville, passed away April 9 at his home. 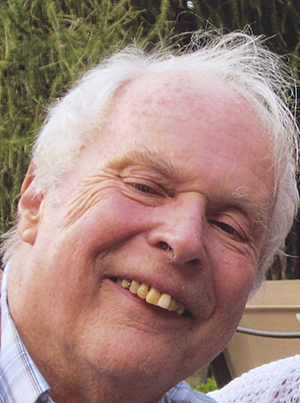 Born June 27, 1934, in New Rochelle, he was the son of Irving and Mavis Deans Brower. While growing up, he lived in many areas of the south, including Georgia and Florida. After his parents died in a car accident, James at age 20 dropped out of the University of Florida and enlisted in the U.S. Army, where he served in Korea at the end of the Korean War. After serving in the Army, he went to American University where he earned his bachelor’s and master’s degrees in geology. He received his Ph.D. at the University of Wisconsin at Madison.

Immediately after graduation, he and his first wife, June, moved to Syracuse, where he taught in the Department of Earth Sciences for 33 years.

James and June Brower had two sons together, Jeffrey and Richard, prior to June’s death in 1982. In 1989, he married his second wife, Karen. They were married for 29 years, and together Jim and Karen Brower provided friendship and wise counsel to all.

In SU’s then Department of Geology, Professor Brower taught courses on paleontology, stratigraphy and numerical techniques in the geosciences. Brower is especially well known for his careful and detailed work on the taxonomy and paleoecology of Paleozoic crinoids, a group of echinoderms. In addition, he is known for his rigorous statistical treatment of data, and was a frequent contributor to the journal Mathematical Geology. He united his numerical and ecological interests with publications on functional morphology—how the shapes of animals influence their performance of various tasks during life – publishing papers over his career on not only crinoids but also other animals. Most visibly, he did a number of analyses to explore the flight capacity of pterosaurs, flying reptiles distantly related to dinosaurs.

“Jim was a pioneer in using statistical and mathematical methods in the field of paleobiology,” says Professor and Earth Sciences Department Chair Laura Lautz. “I personally enjoyed many conversations with him about multivariate statistical methods. He was a champion of our department, and the faculty, students, and staff he worked with. He will be truly missed by our community.” To honor Brower, faculty members wore lapel pins featuring crinoids at Commencement.

Says Cathryn Newton, “Jim had a knack for uncovering scientific problems that illuminated far larger questions, such as the dynamics of speciation or patterns of marine communities in the fossil record. He carefully cultivated the persona of an academic curmudgeon—yet daily he gave the kindest and most generous mentoring to our students and new faculty, especially on geomathematics. Generations of scholars at Syracuse and SUNY-ESF are in his debt.” Newton is special advisor to the Chancellor and provost for faculty engagement, professor of Earth and interdisciplinary sciences and dean emerita of the College of Arts and Sciences.

“Jim was a good friend and invaluable colleague,” adds Professor of Earth Sciences Linda Ivany. “He interpreted the word ‘retirement’ liberally, remaining an active and engaged member of the paleontological community here at SU until we lost him too soon. He served as an additional mentor for my own graduate students and served on a number of their thesis committees. I will miss his intellect, insight and zeal for the science.”

In Professor Brower’s memory, his family has suggested making contributions to the University’s Department of Earth Sciences, 204 Heroy Geology Laboratory.