He was born on March 19, 1922, in Lwow, Poland, and was the son of a distinguished noble family. His father, a doctor of physical chemistry and a hero of WWII, built the key nitro-chemical plant of Poland after World War I. His grandfather, Ignacy Moscicki, initiated the nitro-chemical industry of Europe, based on one of his numerous inventions. He was elected president of Poland in 1926, an office he held until WWII, at which point Zwislocki and his family were forced to flee to Switzerland. 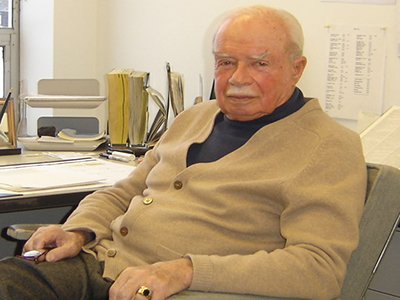 In Switzerland, Zwislocki attended the Swiss Federal Institute of Technology, from which he obtained a degree in electrical engineering and a doctor of technical sciences. His scientific interests began to change, and he accepted a research position in the Department of Otolaryngology in the Medical School of the University of Basel. After several auditory discoveries and establishing a new diagnostic method for auditory disorders, his doctoral dissertation earned him an invitation to Harvard to become a research fellow at the Psychoacoustic Laboratory of the Department of Experimental Psychology.

After six years of leading further scientific discovery at Harvard, he accepted a dual research position at the Gordon D. Hoople Hearing and Speech Center and in the Department of Electrical Engineering of the College of Engineering at Syracuse University.

Shortly after that, he was promoted to full professor of electrical engineering. There he founded the  Institute for Sensory Research (ISR) and was the director of the Bioacoustics Laboratory. The institute pioneered multidisciplinary research and academic programs at the doctoral level.

“When I arrived at Syracuse University in the 1990s, Dr. Zwislocki took me out to lunch to explain how exciting it was to work at ISR and how I should be part of ISR’s NIH program project,” says Karen Doherty, professor and chair of the Department of Communication Sciences and Disorders in the College of Arts and Sciences. “Within the month, I was working with him on a loudness experiment and became a member of the ISR. Joe was excellent at bringing scientists together with interests in different sensory systems, which is why he was successful at securing NIH program project grants for decades. In 2007, I was asked to introduce Dr. Zwislocki for a lifetime achievement award from the American Auditory Society. In preparation for this, I interviewed Dr. Zwislocki about his career as a scientist and inventor. When I asked him what motivated him he responded ‘I have a very vivid imagination, I have to create. That’s how my brain works. I’m just doing what I like to do.’ Dr. Zwislocki’s contributions to auditory science will live on for years through his patents and publications.”

Bart Farrell, research associate professor in the ISR, says, “Syracuse University has lost a unique asset, someone who was immensely influential both internationally and locally. In addition to advancing our understanding of how hearing works, Joe Zwislocki built a highly visible and widely respected research institute here at SU. He was also an inventor and a spokesman for science in the service of humanity. He was an active scientist to the very end of his life, culminating in ideas about the functioning of the entire human brain. His contributions will continue through the work of his students and collaborators.”

Zwislocki was a member of many professional associations, including the Acoustical Society of America, the American Speech Language and Hearing Association, a charter member of the Psychonomic Society and the Society for Neuroscience. He won numerous awards, including the Sigma Xi Research Award, the Javits Neuroscience Investigator Award, the First Békésy Medal and the Award of Merit from the Association for Research in Otolaryngology.

Other than his love of science and education, he loved sailing, fishing for trout, horseback riding and skiing.

He is survived by his wife of 25 years, Marie Zwislocki, and other close members of his family.

Calling hours will be today from 4-7 p.m., Hollis Funeral Home, 1105 W. Genesee St., Syracuse. The funeral service will be Thursday at 10 a.m. at Sacred Heart Basilica. Condolences can be offered at www.hollisfuneralhome.com.