On April 18, College of Law Associate Dean for Research and Online Education and David M. Levy L’48 Professor of Law Nina A. Kohn testified in Washington, D.C., on guardianship abuse and reform and financial decision-making for people with disabilities. 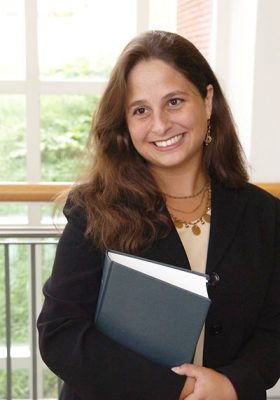 During the morning, Kohn testified to the Senate Special Committee on Aging hearing on guardianship abuse at the invitation of Committee Chairman Sen. Susan Collins of Maine and Ranking Member Bob Casey of Pennsylvania. At the hearing—titled “Abuse of Power: Exploitation of Older Americans by Guardians and Others They Trust”—Kohn discussed the need for guardianship reform and potential legislative responses. Kohn’s testimony included a discussion of the Uniform Guardianship, Conservatorship and Other Protective Arrangements Act (UGCOPAA), for which she served as Reporter.

In the opening statement, Sen. Collins framed the issue of guardianship abuse with heartrending anecdotes from Nevada and Maine about the exploitation of elders at the hands of unscrupulous, court-appointed guardians. “Individuals can lose practically all of their civil rights when a guardian is ordered,” said Collins. “It is a legal appointment made by a court, and in many cases it is justified and protects the individual. But … in some cases the guardian exploits the vulnerable person, and it is often very difficult to reverse the guardianship.” Currently, an estimated 1.5 million adults are under guardian care.

However, according to a Forbes summary of the proceedings, the panel of four experts told the committee members that “the vast majority of elder financial abuse by guardians can be prevented.”

In her testimony, Kohn identified four fundamental problems with the current guardianship system in the United States:

Turning to reform of the system, Kohn noted that the 2017 Elder Abuse Prevention and Prosecution Act requires the U.S. Attorney General to publish “model legislation relating to guardianship proceedings for the purpose of preventing elder abuse.” Kohn explained that such exemplary legislation now exists. The UGCOPAA, explained Kohn, clearly addresses the four problems she enumerated.

“In short, the act provides a smart, fiscally responsible model for states,” Kohn said. “Its widespread enactment will bring about the reform necessary to curb guardianship abuse.”

Kohn also suggested to the committee that guardians be mandated to inform the courts when people under their care are able to make their own decisions again. As reported by Forbes, Kohn explained that many stroke victims, for instance, can quickly recover their decision-making ability. “A guardian should be appointed only when a person cannot make their own decisions and is at risk of harm without the aid of someone to oversee their affairs,” said Kohn.

Watch the hearing and Kohn’s testimony.

Kohn’s testimony focused on the steps that can be taken to increase the likelihood that SSA appoints representative payees (individuals who manage Social Security benefits for another) for beneficiaries who need them, and not for those who do not. She discussed how parallel issues are addressed in the context of guardianship, as well as lessons the administration could learn from UGCOPAA.