Few parents who have spent any time in their children’s classroom would dispute the challenges teachers face in the course of even the most routine day. Whether leading alphabet games with a roomful of exuberant kindergartners or explaining algebraic equations to distracted middle-schoolers, teachers have to deal effectively with the wide range of temperaments, learning styles, personalities, and behavioral dynamics that students bring into the classroom. 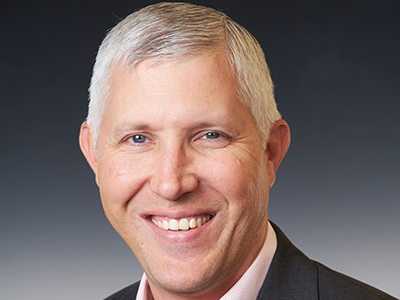 And then there are the not-so-routine, sometimes deeply unsettling challenges: suspicious bruising on a child that may indicate physical abuse; a parent who objects to the teacher’s choice of assigned books; a frustrated student acting out in anger; a worried mother who suspects her child is being bullied.

Dealing calmly and constructively with such complex issues can test the skills of even the most seasoned teacher. For novice teachers, such situations can provoke missteps that could make an already tense situation worse.

“The practices of teaching have always been very complex,” says Ben Dotger, a professor in the School of Education. “It’s always been a complex mix of helping students move forward while recognizing the structures and systems that are in that student’s life, be it familial structure, neighborhoods and community, how that student is or is not engaging with peers. But I think we are more and more attuned to how those complex dynamics play out in everyday life and how teachers have to engage across those differences.”

Dotger, professor and chair of teaching and leadership, has heard first hand from teachers about some of the thornier situations they face—ones that rely less on pedagogical expertise and more on strong communication and interpersonal skills. To better prepare future teachers and novice school leaders for such challenges, he has developed a series of simulations that bring to life situations in which students can test their capacity to handle the sometimes difficult encounters they are likely to face as teachers.

“These are not role plays,” Dotger says. “They are simulations that are carefully designed using research literature and focus groups with area teachers and school leaders. The purpose is to bring to life some of the most frequent, most common situations that occur in a teacher’s classroom or school environment—as well as some of the situations that don’t occur all that often but that are really important for any number of reasons.”

One such example: how to respond when a student shows signs of suffering from abuse or neglect at home. “Thankfully, that’s not something that happens on a daily basis or even a weekly basis,” Dotger says. “But when it does happen, the teacher needs to engage really well. You don’t want to drop the ball on that one.”

In the simulations, the future teacher meets one on one with an individual who has been scripted to present a distinct problem of practice—for instance, depicting a worried parent or a bullied student. The teacher in training is not scripted and does not know how the encounter will progress; his or her response to the situation determines how the person depicting the “standardized” parent or student responds in return.

The encounters are filmed, and students who participate in the simulations as part of their teacher education program—conducted separately from Dotger’s research program—meet afterward to watch the tapes and assess their own response as well as those of their peers to the same scenarios. Individually and collectively, they analyze what worked, what didn’t work, and how the situation might have been handled differently. “Very seldom is there a single correct response or a single correct plan of action,” Dotger says. “But there are certainly better actions, better responses.”

The process of analysis helps students recognize their strengths and weaknesses within the context of a difficult situation. “These are places to make mistakes,” Dotger says. “They are demanding situations, but they are also forgiving. If you make a mistake or plot a course of action that might take you down a road where you probably shouldn’t go, this is an opportunity for you to recognize what you might do instead.”

Dotger began his research into teacher-training simulations in 2007, a year after he joined the School of Education faculty. He drew on the simulation model that medical schools have used for more than four decades to prepare medical students for productive doctor-patient interactions.

Since then, he has developed more than 50 simulations encompassing a wide range of school-based situations, including parent-teacher conferences, inclusion of students with disabilities, parental objections to curriculum content and bullying, among others. Scenarios for novice school leaders might include how to respond to threats of violence.

While many of the simulations focus on general situations in schools, Dotger has more recently expanded the roster to address content-specific challenges as well. Those might include a future math teacher working with a standardized student struggling to solve for “x” in an algebraic equation or a future science teacher explaining a difficult scientific concept such as natural selection.

Dotger’s research has won funding from the National Science Foundation and the U.S. Department of Education Institute of Education Sciences, among others; and his writings on it have earned recognition from the American Association of Colleges of Teacher Education. Several other universities have adopted Dotger’s simulation model, including University of Michigan, Vanderbilt, University of Connecticut and University of North Carolina-Chapel Hill.

Dotger says the most rewarding aspect of his work is the feedback he gets from former students who have gone on to face situations that mirror the simulations. “They will say, for instance, ‘I remember that simulation with the very angry student; I remember it acutely. I remember what they were asking, and I remember why I couldn’t go down that road because it was an unethical road. And I remembered it five years later when I met an acutely angry individual in my classroom,’” he says.

“That for me is the gold standard—knowing that we are designing and implementing scenarios that are very close approximations of what teachers actually encounter in their practice. Simulations are not the only way of working within the broader world of teacher education, but they do hold a space there. By no means are they a silver bullet, but they are a piece of the puzzle.”

Boost Your Immune System With These Expert Tips (and Recipes!)

A healthy immune system is important throughout the year, but even more so during cold and flu season and while we remain at-risk of contracting COVID-19. In honor of National Nutrition Month, celebrated in March, we tapped into campus experts…

Application Deadline Approaching: Five Reasons to Be a Barnes Center at The Arch Peer Educator

The deadline to apply to be a Barnes Center at The Arch Peer Educator for the 2021-22 academic year is Sunday, Feb. 28, 2021, and all students are encouraged to submit an application. Students who are interested in applying for…

CRS Professor’s New Book Focuses on the Rhetoric of Antisemitism

Amos Kiewe, a professor in the College of Visual and Performing Arts’ Department of Communication and Rhetorical Studies (CRS), has authored the new book, “The Rhetoric of Antisemitism: From the Origins of Christianity and Islam to the Present” (Lexington Books). It…

Sidney “Sid” Lerner ‘53, alumnus of Syracuse University and benefactor of the Maxwell School’s Lerner Center for Public Health Promotion, has passed away. During his career, the legendary advertising executive represented such well-known brands as Maxwell House and Texaco, and…