The Class of 2018 at the School of Information Studies (iSchool) has selected Travis Mason ’06 as the speaker for the school’s convocation ceremonies in May. 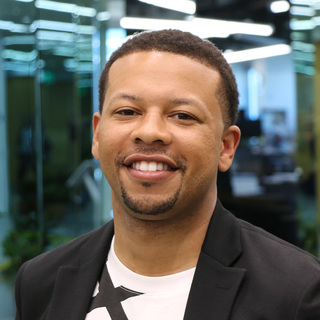 Mason’s career in emerging technology policy includes cutting-edge health devices, autonomous vehicles and advanced renewable energy. He is currently the vice president for public policy at Airbus, and previously worked at Google X and as a senior consultant for Booz Allen Hamilton.

He received his undergraduate degree from the Maxwell School of Citizenship and Public Affairs and the College of Arts and Sciences, where he was recognized as a Harry S. Truman Scholar, one of the country’s most prestigious undergraduate awards. He went on to earn a master’s degree in public policy from the Gerald R. Ford School of Public Policy at the University of Michigan.

Mason served as a host for the iSchool’s Road Trip to Washington, D.C., in 2015 when he worked at Google, and members of the iSchool Senior Squad, the student leadership group that helps select the convocation speaker, recalled his passionate and insightful speech during their visit.

“We strongly admired his ability to command a room, engage with students and connect with an audience,” says Emily Kellman ’18. “Some of the values we were looking for in selecting a speaker for convocation included a passion for technology, a desire to orchestrate change on a large scale and the ability to relate to our community as a whole, and we feel that Travis’ career path, background and personality embody so many of these traits.”

“The impact that Travis has had in the technology and policy industry is unequaled, and we are thrilled to receive his words of encouragement as our class embarks on our professional careers and endeavors,” says Alexis Ho-Liu ’18.

While a student at Syracuse, Mason’s accomplishments on campus and in the community were significant. He was president of the Student Association; served as a student representative on the University Senate; co-founded OrangeSeeds, the first-year leadership empowerment program; and was recognized with the Syracuse City YWCA Diversity Achiever Award.

Mason last spoke on campus in August 2012 when he was the opening convocation speaker for the Class of 2016.