135 Faculty, Staff Honored for Years of Service to the University 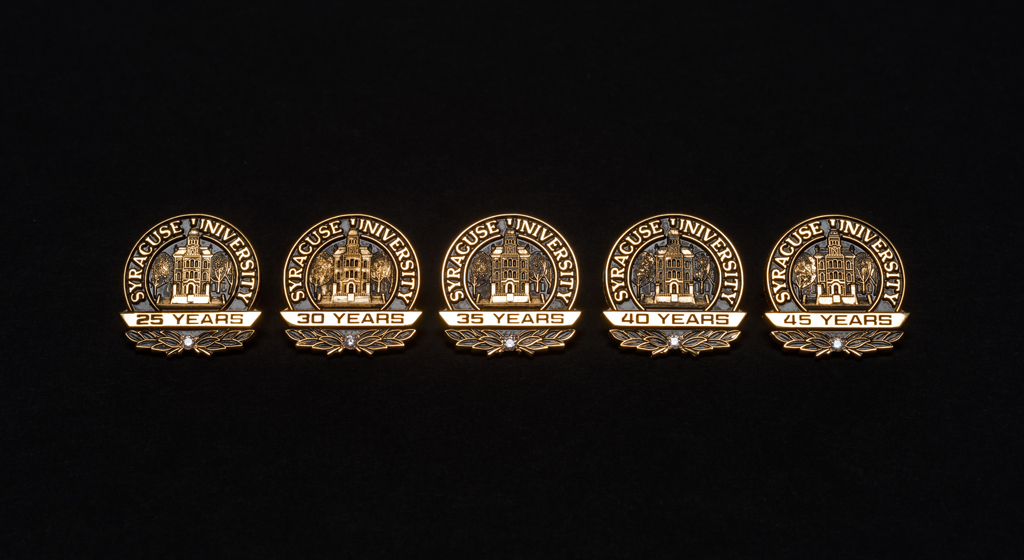 A total of 135 faculty and staff were honored on Friday, April 20, for their significant years of service to Syracuse University  marking the start of a new tradition and the return of a former tradition.

A new tradition began as these individuals were celebrated by their peers and the entire University community for their outstanding commitments to SU, along with other University awardees, at the One University Awards Ceremony in Hendricks Chapel.

In addition, a distinctive tradition was reinstated: the presentation of anniversary pins. A popular point of pride among longtime employees, pins were presented through 2008, when the practice was changed in lieu of other anniversary gifts. At the Employee Service Appreciation Reception preceding the One University celebration, senior leaders presented 25-year, 30-year, 35-year, 40-year and 45-year service pins to those in their areas of the University who celebrated anniversaries in 2017.

The following are this year’s honorees:

Janis A. Mayes, Arts and Sciences

Catherine A. Cornwell, Arts and Sciences