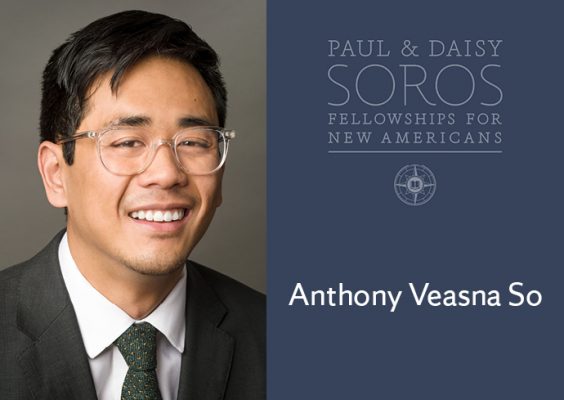 Anthony Veasna So has received a 2018 Paul and Daisy Soros Fellowship for New Americans to support his studies in the graduate program in creative writing in the University’s College of Arts and Sciences. So joins 29 other new Soros Fellows, selected from 1,765 applicants this year. Paul and Daisy Soros, immigrants themselves, chose to invest their money in supporting each year the graduate education of new Americans—immigrants and children of immigrants—who are poised to make significant contributions to U.S. society, culture or their academic field. Each fellow receives up to $90,000 in financial support over two years, and they join a lifelong community of New American Fellows. So shared a little about his background and his ambitions for his writing.