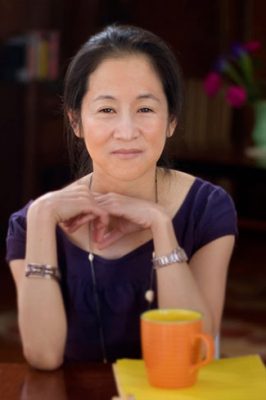 Award-winning author Julie Otsuka is the final speaker in the 2017-18 Raymond Carver Reading Series. She will participate in a Q&A session at 3:45 p.m. and do an author reading at 5:30 p.m. on Wednesday, April 25, in Huntington Beard Crouse Hall’s Gifford Auditorium.

Among her other honors, Otsuka was also a finalist for the National Book Award, the Los Angeles Times Book Prize and the International IMPAC Dublin Literary Award.

Her first novel, “When the Emperor Was Divine” (Knopf, 2002), is about the internment of a Japanese-American family during World War II. It has been translated into 11 languages and was a New York Times Notable Book, a San Francisco Chronicle Best Book of the Year and a Barnes & Noble Discover Great New Writers finalist, and was recently added to the National Endowment for the Arts’ “The Big Read” Library. 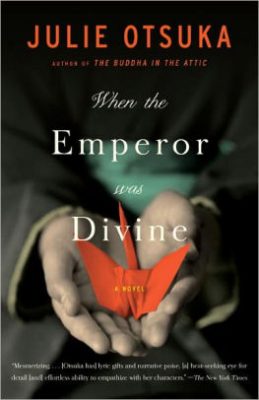 The book is based on Otsuka’s own family history: her grandfather was arrested by the FBI as a suspected spy for Japan the day after Pearl Harbor was bombed, and her mother, uncle and grandmother spent three years in an internment camp in Topaz, Utah.

The New York Times called the book “a resonant and beautifully nuanced achievement,” and USA Today described it as “A gem of a book and one of the most vivid history lessons you’ll ever learn.” It has been assigned to all incoming freshmen at more than 45 colleges and universities and is a regular “Community Reads” selection across the United States.

Her second novel, “The Buddha in the Attic” (Knopf, 2011), is about a group of young Japanese “picture brides” who sailed to America in the early 1900s to become the wives of men they had never met and knew only by their photographs. It won the PEN/Faulkner Award, France’s Prix Femina Étranger and the Langum Prize for American Historical Fiction, and was a finalist for the National Book Award, the Los Angeles Times Book Prize and the International IMPAC Dublin Literary Award. 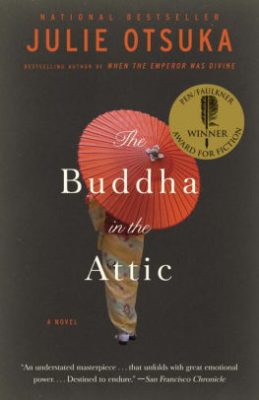