Sarah Fuchs Sampson, assistant professor of music history and cultures in the College of Arts and Sciences’ Department of Art and Music Histories, is the recipient of the 2018-19 John M. Ward Fellowship in Dance and Music for the Theatre at Harvard University’s Houghton Library. The library is renowned for its collections of rare books and manuscripts. The short-term fellowship will support research for her second book project, “Singing Beyond the Stage: The Embellished Score in Late Eighteenth- and Early Nineteenth-Century Europe.” 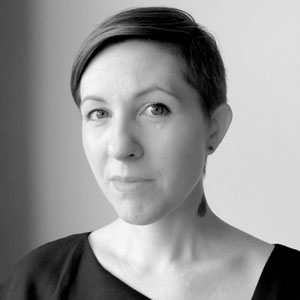 Fuchs Sampson explains, “In the late 18th and early 19th centuries, British and French sheet-music publishers commonly issued piano-vocal scores featuring the names of the most celebrated singers of the day on their front covers. Many of these publications claimed to bear traces of singers’ unique performance practices, especially the embellishments they introduced at will into arias and art songs, using phrases such as ‘sung by’ or ‘introduced by’ to indicate that the printed vocal lines did indeed record what had happened in real time. In my project—which constitutes the first full-length study of the creation, promotion and consumption of embellished piano-vocal scores—I suggest that the significance of the embellished score lay not in its ability to mirror the sounds of the stage but to mediate them, thus shaping how critics and consumers in Great Britain, France and beyond thought about vocal expression on and off the stage in the late 1700s and early 1800s.”

The Harvard Theatre Collection, held at Houghton Library, preserves a large number of these embellished scores, Fuchs Sampson says. She will spend four to six weeks in May and June 2019 there, examining about 300 printed scores associated in some way with famous singers dating back to the late 1700s and early 1800s, as well as a handful of musical manuscripts reflecting how amateur musicians engaged with established singers’ vocal practices.

“A dynamic young scholar in her field, Sarah has also distinguished herself at SU with her innovative approaches to teaching and scholarship,” says Romita Ray, associate professor of art history and chair of the Department of Art and Music Histories. “Her fellowship at the Houghton Library is particularly exciting as it will enable her to work on her second book project. The Department of Art and Music Histories is thrilled to see her grow from strength to strength.”

Grounded in archival research, Fuchs Sampson’s scholarship on the musical culture of the long 19th century is broadly interdisciplinary, incorporating perspectives from cultural history as well as film and media studies. Her first book project focuses on how audiences, voice teachers and opera singers used technology to engage with French operatic culture around the turn of the 19th century.

Fuchs Sampson received a Ph.D. in musicology from the Eastman School of Music at the University of Rochester. She is a member of the American Musicological Society, the European Association for Digital Humanities, the Society for Cinema and Media Studies and the Society for French Historical Studies. She is also the recipient of several awards, including the prize for the best scholarly paper delivered by a junior scholar at the 2015 Transnational Opera Studies Conference held in Bologna, Italy.