Syracuse Symposium concludes its yearlong look at “Belonging” with a contemplation on the Buddhist concept of nature. 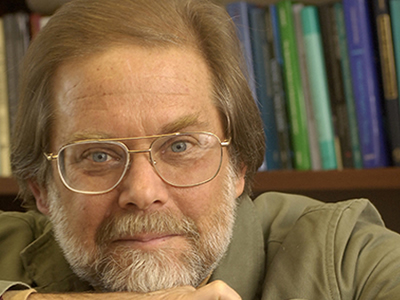 On Thursday, April 19, David R. Loy, a renowned professor, writer and Zen teacher in the Sanbo Zen tradition of Japanese Zen Buddhism, will give a public talk titled “Does the Earth Belong to Us, or Do We Belong to the Earth?: Buddhism and the Ecological Challenge.” The lecture is from 7-9 p.m. in Watson Theater (382-392 Waverly Ave., Syracuse). He also will lead a group meditation from 6-6:45 p.m.

The following day, Loy will lead a small-group workshop called “Healing Ecology: A Buddhist Perspective on the Eco-Crisis” from 9-11 a.m. in 304 Tolley. The event will explore in detail some of the ideas from the night before. Space is limited; registration is required. To R.S.V.P. or request special accommodations, please contact Jikyo Bonnie Shoultz in Hendricks Chapel at Bshoultz@syr.edu.

Syracuse Symposium is sponsoring both events, which are free and open to the public. For more information, contact the Syracuse University Humanities Center in the College of Arts and Sciences (A&S) at 315.443.7192, or visit humcenter.syr.edu.

While in Syracuse, Loy will participate in two other events, which are free and open to the public. On Saturday, April 21, he and Onondaga Clan Mother Freida Jacques ’80 will discuss “Buddhist and Indigenous Values and Perspectives on the Ecological Challenges Facing Us” from 11 a.m. to 12:30 p.m. at the Skä•noñh—Great Law of Peace Center (6690 Onondaga Parkway, Liverpool). The session includes a light vegetarian lunch.

Additional support for his visit comes from Hendricks Chapel, the University’s Contemplative Collaborative, the Department of Religion in A&S, the Student Buddhist Association in the Division of Student Affairs and the Zen Center. 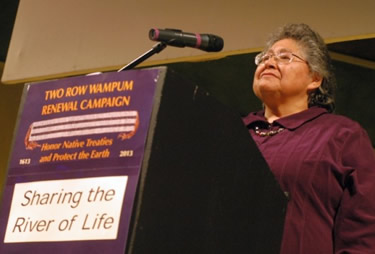 “David Loy works at the unexpected intersections of Buddhism and secular society,” says Vivian May, director of the Humanities Center and professor of women’s and gender studies in A&S. “He is primarily concerned about social and ecological issues, and suggests that Buddhism says a lot about our personal and collective predicaments in relation to the rest of the biosphere.”

In addition to being a regular magazine contributor, Loy is the author of 13 books. His best known ones are from Wisdom Publications and include “A New Buddhist Path: Enlightenment, Evolution and Ethics in the Modern World” (2015); “The World Is Made of Stories” (2010), which Spirituality & Practice named one of the year’s best books; and “Money, Sex, War, Karma: Notes for a Buddhist Revolution” (2008), available in eight languages.

Loy is co-founder of the Rocky Mountain Ecodharma Retreat Center, near his home in Boulder, Colorado. He also serves on the advisory boards of the Buddhist Global Relief, the Clear View Project, Zen Peacemakers International and the Ernest Becker Foundation.

For more than 45 years, his work has straddled theory and practice. “He understands the dialogue between Buddhism and modernity, particularly the social implications of Buddhist teachings. This likely is an outgrowth of his philosophical education,” says May, referring to Loy’s Ph.D. in philosophy from the National University of Singapore (NUS) and M.A. in Asian philosophy from the University of Hawaii. 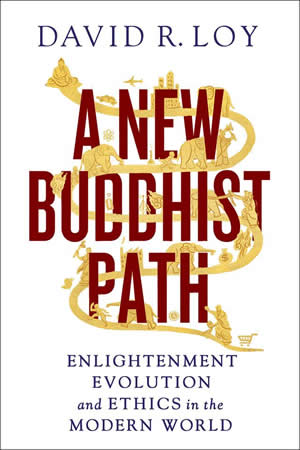 His visit coincides with Earth Day on Sunday, April 22.

“Without a better understanding of the ways in which we belong to and depend on the Earth, and greater awareness of other ways of dwelling on it, it is likely that our now-global civilization will remain unable to respond adequately to this new challenge,” May says. “Rather than thinking of ‘Belonging’ in dualistic terms—who belongs and who does not belong—David Loy offers a non-dualistic approach to understanding belonging and living.”