Syracuse Symposium continues its yearlong survey of “Belonging” with a trio of arts events, April 12-13. 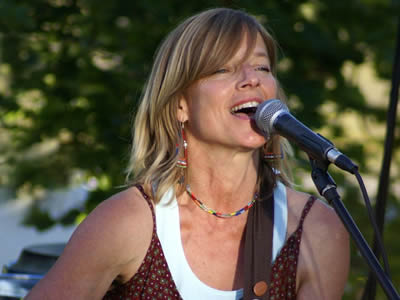 On Thursday, April 12, singer-songwriter Colleen Kattau G’92 will present a lecture-performance about the Latin American New Song Movement from 2-3:20 p.m. in 304 Tolley. The program is part of the Syracuse Symposium course Women, the Arts and Social Change, SPA 400, taught by Gail Bulman G’96, associate professor of Spanish in the Department of Languages, Literatures and Linguistics (LLL).

Space is limited; registration is required. To R.S.V.P. or request special accommodations, contact Bulman at gabulman@syr.edu.

The following day, poets Christine Kitano G’10 and Sean Thomas Dougherty G’00 will lead a mini-seminar called “Longing and Belonging: A Conversation on Poetics” from 2-4 p.m. in 304 Tolley. Space is limited; registration is required. To R.S.V.P. or request special accommodations, contact Phil Memmer, executive director of the YMCA Arts Branch, at pmemmer@syracuseymca.org.

Later that day, Kitano and Dougherty will headline a joint reading titled “Naming What Is Left Behind” from 7-8:30 p.m. in the Jason Shinder Theater of the YMCA’s Downtown Writers Center (340 Montgomery St., Syracuse). Both are alumni of the M.F.A. Program in Creative Writing in the College of Arts and Sciences (A&S).

All three events are free and open to the public. For more information, contact the Syracuse University Humanities Center in A&S at 315.443.7192, or visit humcenter.syr.edu.

Kattau’s visit is supported by the Program on Latin America and the Caribbean (PLACA) in the Moynihan Institute of Global Affairs, based in the Maxwell School.

Dougherty’s and Kitano’s events are supported by a Community Partnership Grant from Humanities New York.

“These artists will examine notions of ‘Belonging’ from various perspectives,” says Vivian May, director of the Humanities Center and professor of women’s and gender studies in A&S. “Colleen Kattau is a bilingual musician whose work draws on folk-inspired styles and socially committed lyrics. In turn, Sean Thomas Dougherty and Christine Kitano use original verse to address notions of identity, being and belonging. All three convey what it means to belong to and be recognized by a wider community.”

A musician, educator and activist, Kattau is an associate professor of Spanish at SUNY Cortland. Much of her scholarship revolves around nueva canción (“new song”), a social movement that began as a swipe at Latin American dictatorships in the late 1950s and early ’60s. Since then, the New Song Movement has drawn on various traditional and popular traditions, resulting in various regional manifestations.

Kattau considers herself a nueva cancionera, who, like the genre’s founders, uses music and poetry to promote socio-political awareness. Her career has taken her around the world, sharing the stage with such luminaries as Pete Seeger, Tom Paxton and Holly Near. Aaron “Professor Louie” Hurtwitz, longtime producer of and collaborator with The Band, lauds her singing as “pitch perfect” and “superb.” 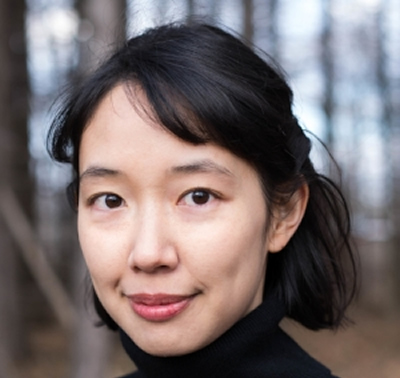 “Music is a big part of Colleen’s life,” says Bulman, citing Kattau’s recent performances on the “Democracy Now!” news program and at a School of Americas Watch vigil at Fort Benning, Georgia. “Her lyrics cover a lot of ground—from labor and immigration struggles, to the civil rights, women’s and antiwar movements. She also helped get fracking banned in New York State.”

Kattau is involved with the Colombia Support Network (CSN), a national grassroots organization that uses sister communities to promote a peaceful, democratic and economically just society. Specifically, she has helped connect the cities of Syracuse, Ithaca and Cortland with the Small Farmers Movement of Cajibío, based in a violence-torn area of Colombia, South America.

“Both communities work together to face similar problems and environmental challenges brought on by corporate incursion,” says Kattau, who earned a combined M.A./Ph.D. in Spanish from A&S. “CSN condemns violations of human rights by all actors, including guerrilla groups, military, paramilitary, national police, multinational corporations and foreign agents.”

Kattau also has published articles about the New Song Movement and women writers, and has created multimedia presentations on art and activism.

“Her visit to campus will be an intimate affair, an ideal synthesis of performance and scholarship,” Bulman says.

Such intimacy also underscores the two literary events. Presented in conjunction with the Downtown Writers Center (DWC), Kitano and Dougherty’s visit will look at how notions of community inform the practice of creative writing. “‘Belonging’ is as much about being included and recognized as part of a community as it is about denial,” May says. “Both poets deal with themes of illness, violence, economic disenfranchisement, incarceration and the immigrant experience.”

An assistant professor of English and writing at Ithaca College, Kitano specializes in the teaching and study of 20th- and 21st-century American poetry, poetry writing and Asian American literature. She is the author of the poetry collections “Sky Country” (BOA Editions, 2017), which Independent Publisher named a “Notable Indie Book Release,” and “Birds of Paradise” (Lynx House Press, 2011).

“Her poems leave one feeling close and remote at the same time, estranged and yet familiar,” writes Lantern Review, an online journal devoted to Asian American poetry and art.

Adds Publishers Weekly: “Kitano’s alluring, well-crafted poems are attuned to tragedy and loss, yet an element of wonder shines through.” 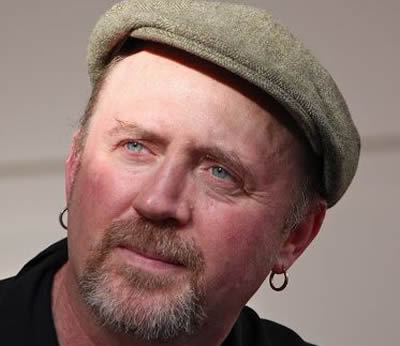 Likewise, Dougherty exemplifies profound human sensitivity. Part poet and part performer, he has appeared at the Detroit Festival of the Arts, the Geraldine R. Dodge Poetry Festival in Newark, New Jersey (the largest poetry event in North America), the Old Dominion University Literary Festival in Norfolk, Virginia, and at venues in Albania and Macedonia.

Doughtery’s 15 books include the forthcoming “Second O of Sorrow” (BOA) and “Sasha Sings the Laundry on the Line” (BOA, 2010), a finalist for Binghamton University’s Milt Kessler Poetry Book Award. Among his many honors are the Lifetime Achievement Award from Poet’s Hall in his native Erie, Pennsylvania.

“Sean Thomas Doughtery has earned the reputation of a ‘blue-collar, Rust Belt Romantic,’” says May, alluding to Dougherty’s time in the Midwest, where he taught at Case Western Reserve University and Cleveland State University. “Like Christine Kitano, he is a sensitive and dynamic artist who focuses on different and sometimes marginalized truths, histories and experiences.”