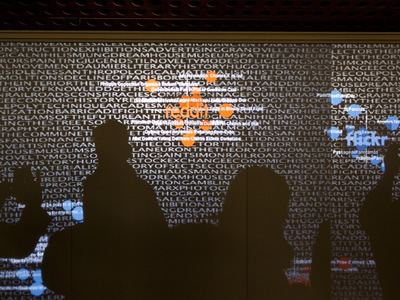 Thanks to a matching grant from The Andrew W. Mellon Foundation, the Humanities Corridor has $6.5 million of permanent support, divided among three endowments at the project’s founding institutions. Syracuse has a $4 million endowment; Cornell University, $1.5 million; and the University of Rochester, $1 million.

Gregg Lambert, the Humanities Corridor’s director and principal investigator, says the endowments are a windfall for area scholars.

“We are grateful to the Mellon Foundation, whose generosity redefines the possibilities of humanistic scholarship throughout the region,” says Lambert, also Dean’s Professor of the Humanities in Syracuse’s College of Arts and Sciences (A&S). “This support enables us, Cornell and Rochester to explore new cross-institutional partnerships and resource-sharing mechanisms in established and emerging fields of study.”

The Humanities Corridor is a large-scale interdisciplinary project that often works at the borders of the humanities, social sciences and STEM (science, technology, engineering and mathematics). Syracuse, Cornell and Rochester founded the project in 2006 and have since expanded it to include the New York Six Liberal Arts Consortium: Colgate and St. Lawrence universities, as well as Hamilton, Skidmore, Union and Hobart and William Smith colleges. 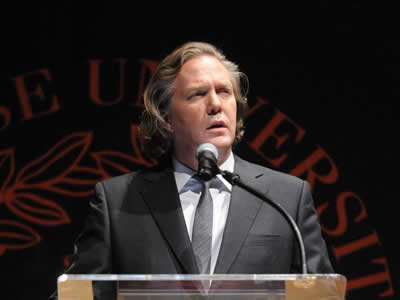 The Humanities Corridor contains seven thematic clusters made up of working groups of professors and graduate students. The clusters are philosophy; linguistics; visual arts and culture; musicology and music history; digital humanities; literature, language and culture; and archives and media.

“Each cluster is a field of shared scholarly strength at most or all of the participating institutions,” says Lambert, who took over the reins of the Humanities Corridor in 2008 from A&S Dean Emerita Cathryn Newton.

Since its inception, the Humanities Corridor has encompassed more than 100 working groups, coordinated by nearly 300 regional scholars. The groups, in turn, have generated more than 400 scholarly activities, including panel discussions, lectures, screenings, readings, performances, workshops and master classes.

Each year, some 3,500 professors, graduate students and community members participate in more than 200 Humanities Corridor events and activities.

“The humanities and the liberal arts are central to the Syracuse University educational experience, and are an important part of our Academic Strategic Plan,” says Syracuse Vice Chancellor and Provost Michele Wheatly. “The Humanities Corridor has created ‘corridors of intellect’—attracting stellar faculty and new, inspired talent to Central New York, while drawing on the distinct histories and assets of the region.”

Four years ago, Lambert initiated a proposal to the Mellon Foundation to endow the Humanities Corridor in perpetuity. The foundation responded with $2 million to Syracuse, $750,000 to Cornell and $500,000 to Rochester, giving each institution 39 months to raise matching funds, dollar-for-dollar.

Lambert notes the timeliness of the endowment’s completion, as federal cuts force humanists to mine new, alternative forms of support. He says that, over the years, the Mellon Foundation has awarded more than $4 million to Syracuse, alone, to support the Humanities Corridor. The foundation also funds other humanistic projects at SU, notably the Democratizing Knowledge Summer Institute.

“The CNY Humanities Corridor is one of the most highly endowed humanities programs in the country,” Lambert says. “The Mellon Foundation supports [Humanities Corridor] scholarly residencies, graduate student fellowships and support for intra-corridor travel. This, in turn, generates a bevy of lectures, workshops, seminars, exhibitions, screenings, performances and publications.”

The result is what former Mellon President Earl Lewis calls a “national model of regional consortia.” In fact, the Humanities Corridor has inspired other like-minded projects, such as the Mellon-funded Humanities Without Walls consortium at the University of Illinois at Urbana-Champaign.

“Some of our projects involve areas of study that may not necessarily be funding priorities at their respective institutions, but are important, impactful areas of inquiry. These collaborative projects help us redefine the possibilities of research, while challenging the age-old stereotype of a solo faculty member wading through stacks of books in a locked room,” Lambert says. 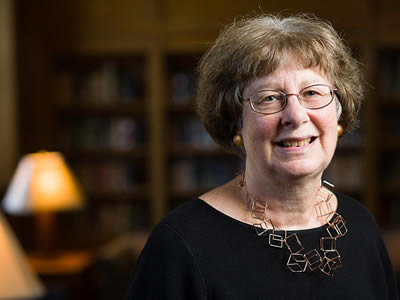 Joan Rubin, director of Rochester’s Humanities Center, agrees. She says the Humanities Corridor is the “ideal antidote to the debilitating isolation” that scholars often face working alone. “Exchange, feedback and the opportunity to test ideas are crucial to the creation of new knowledge. This is what the Humanities Corridor makes possible,” says Rubin, also the Dexter Perkins Professor in History.

A cursory glance at the Humanities Corridor’s website reveals its involvement with such recent fare as the 22nd annual conference of the International Association for World Englishes (at Syracuse); a philosophy graduate exchange program (Cornell and Rochester); lectures and workshops by renowned Asian filmmakers (Cornell); and a writing retreat, led by renowned Yale theater historian Elise Morrison (Skidmore).

Lambert has marked the completion of the endowment program by forming a blue-chip advisory board. Comprising representatives from all nine institutions, the group dispenses advice about Humanities Corridor activities, programming and finances, and, when needed, makes larger programming recommendations.

He sees the advisory board as a kind of “think tank” for developing innovative models for collaborative research and pedagogy. “We have inter-institutional agreements and resource-sharing programs that not only form an infrastructure of collaboration, but also are adaptable to other regions and university consortia,” says Lambert, former founding director of the Humanities Center. 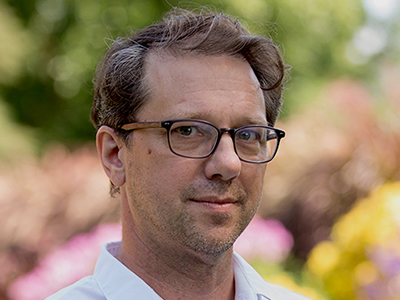 Paul Fleming, the society’s Taylor Family Director, praises the Humanities Corridor as a “path-breaking initiative.” “It is an engine for innovation and inquiry in Central New York,” says the Cornell professor of comparative literature and German studies. “Now that we are permanently endowed, we have the stability and the room for many other exciting initiatives in the coming years.”